The quilt show lasted two days. I do need to be more intentional about taking pictures so that I have more to share but here are three of my favorite quilts from the show.

Splendid is not hardly adequate to describe Sheila’s Splendid Sampler. She had all the blocks from the sampler and more… It was huge and she did it all herself. Sheila not only does amazing piecing, she appliqués and embroiders AND long arms her own quilts… 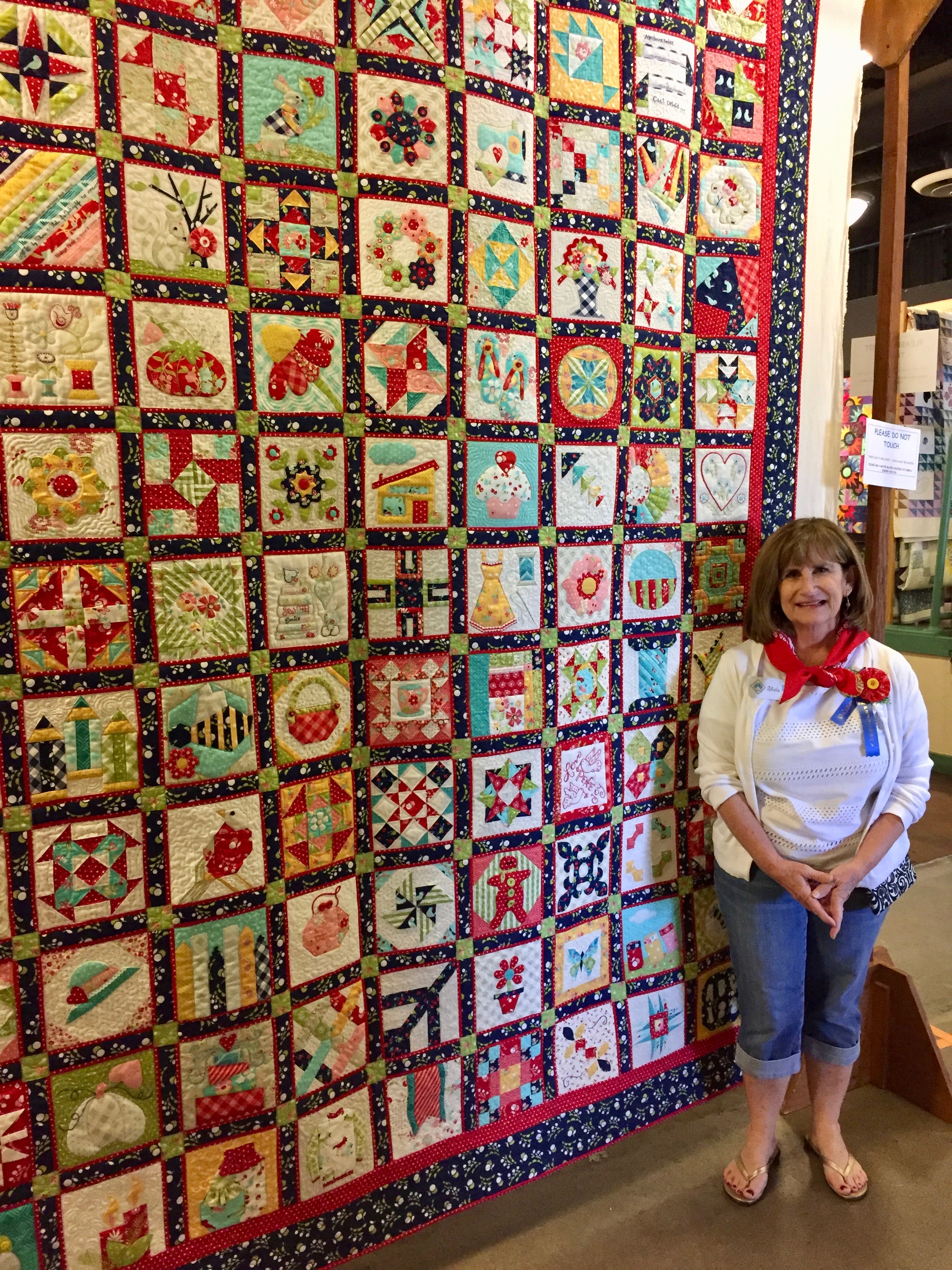 Those are pieced quarter inch strips in the sashing. Sheila said it took her seven hours just to hand stitch the binding on her amazing quilt.

This is Kay’s version of Nancy Rink’s Mill Girls quilt. 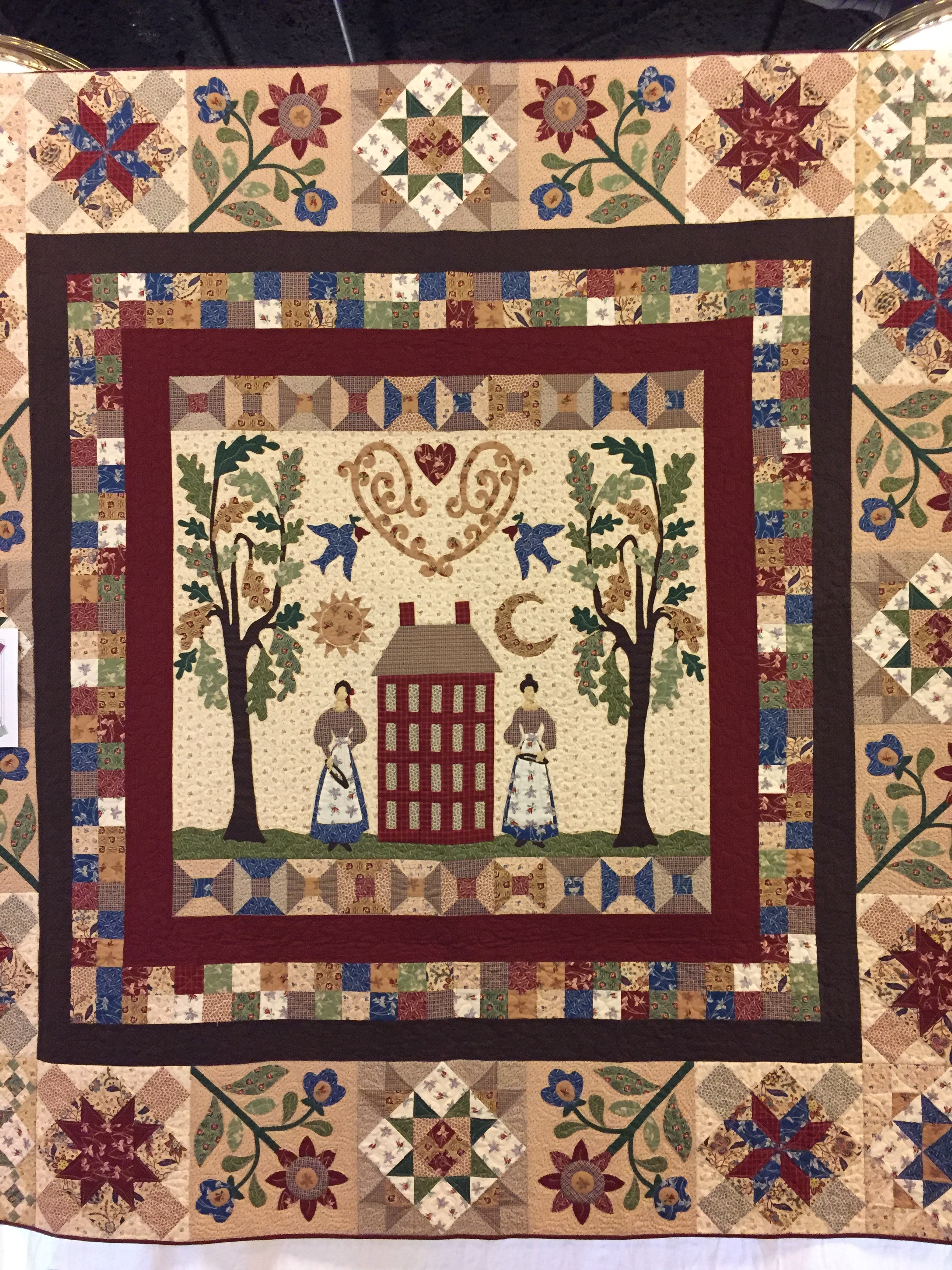 I have seen Kay at work on the retreats I have enjoyed with the Inland Empire Quilt Guild members. Her workmanship is meticulous. Sheila quilted her quilt for her.

In fact Sheila had quilted a good number of the quilts that were on display including the Best of Show winner by Bev. 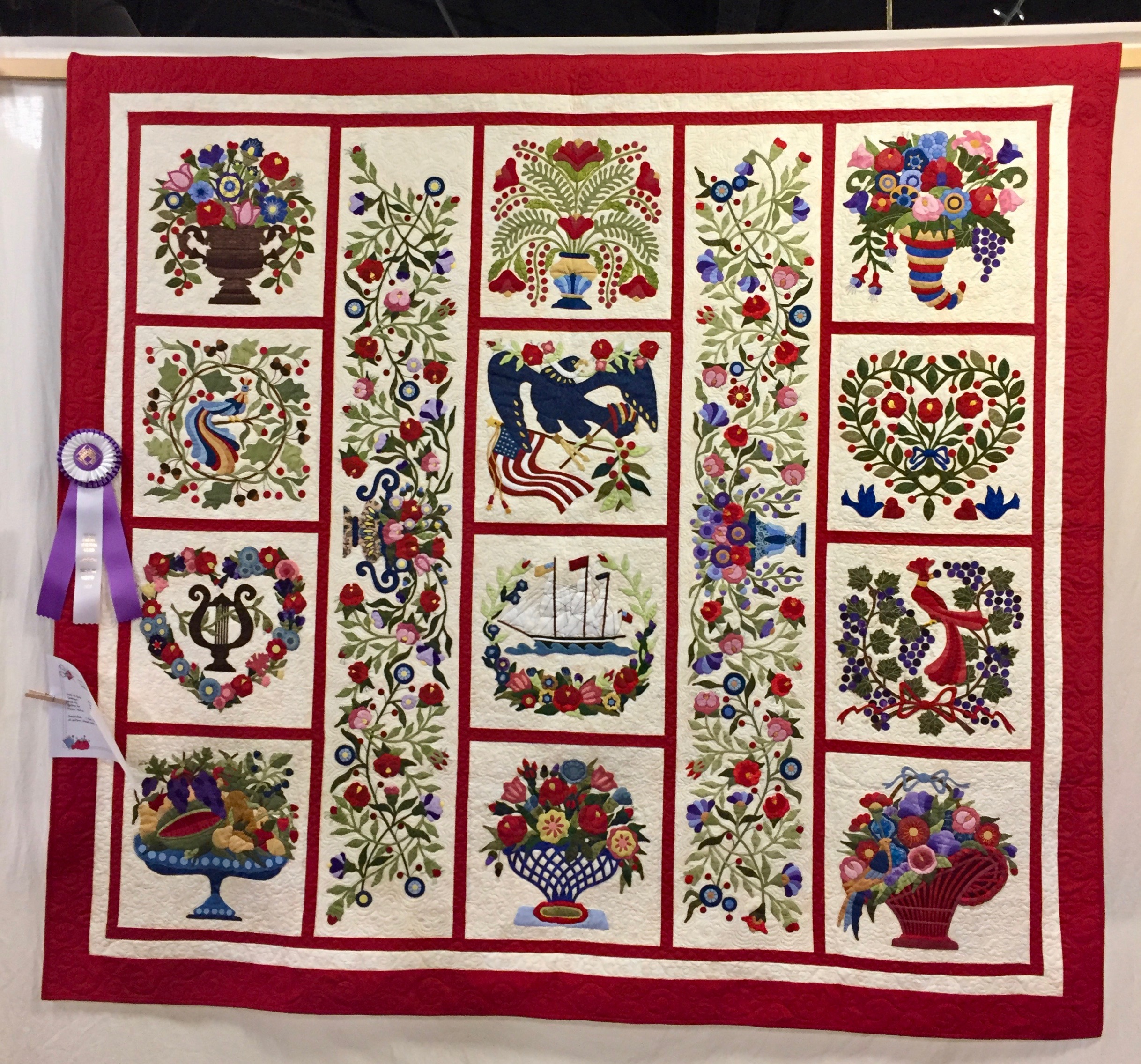 More beautiful appliqué. Bev had decided to just make two border strips and put them in between her traditional Baltimore Album blocks. I think it was good decision!

But all good things come to an end and four o’clock came around very quickly. The take down team got ready to go… 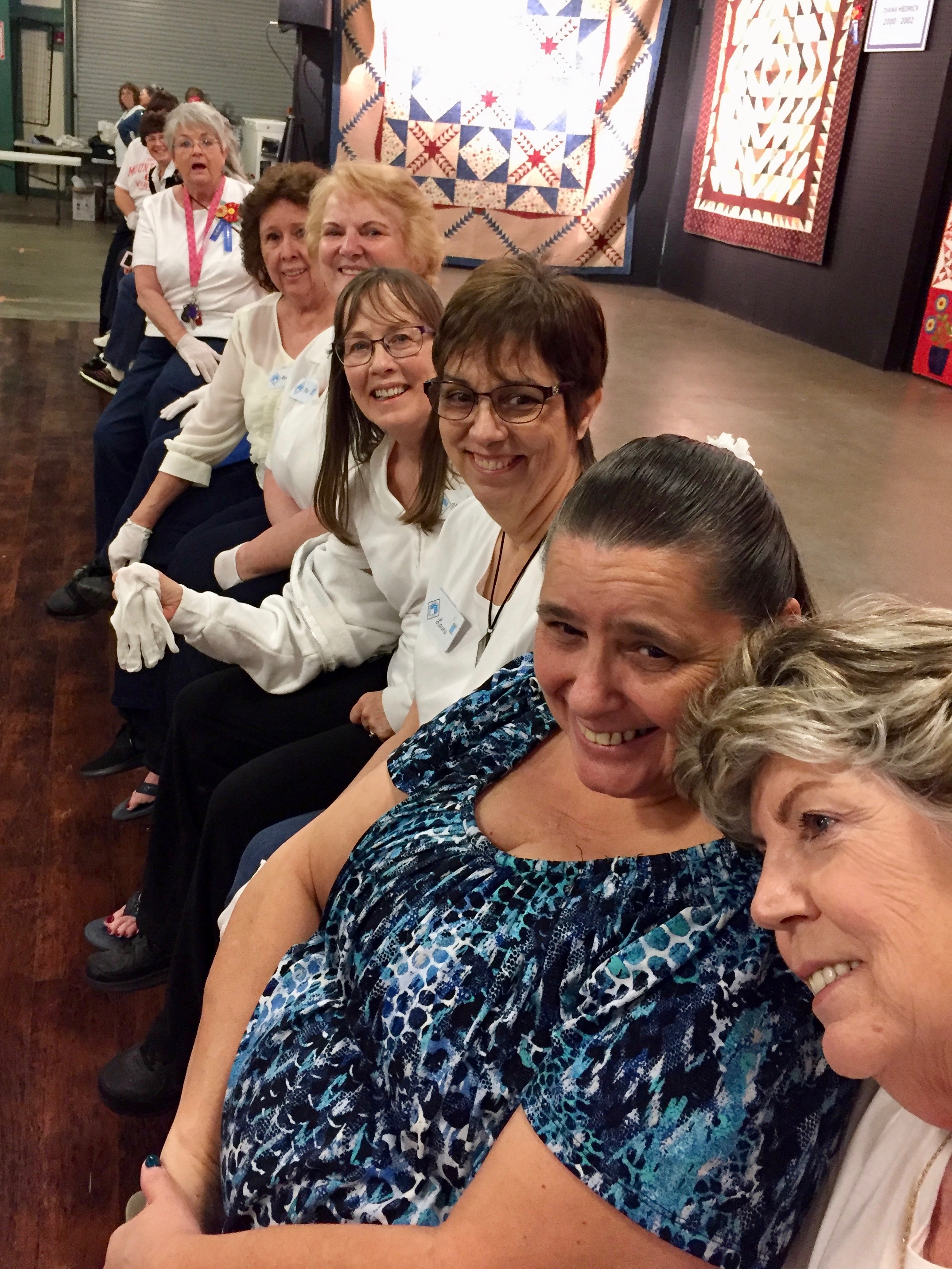 Tables were arranged to receive the quilts. 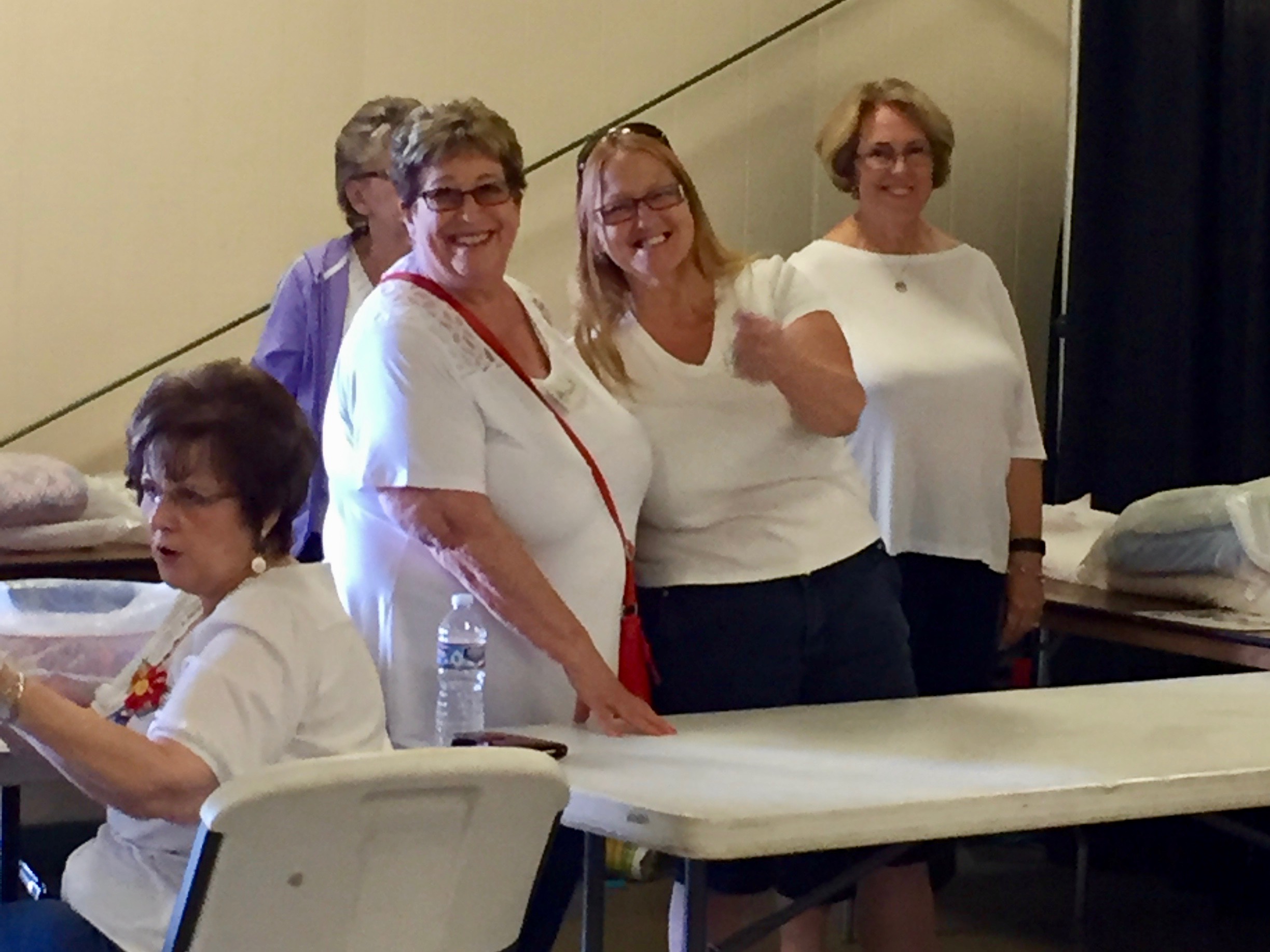 And take down commenced… 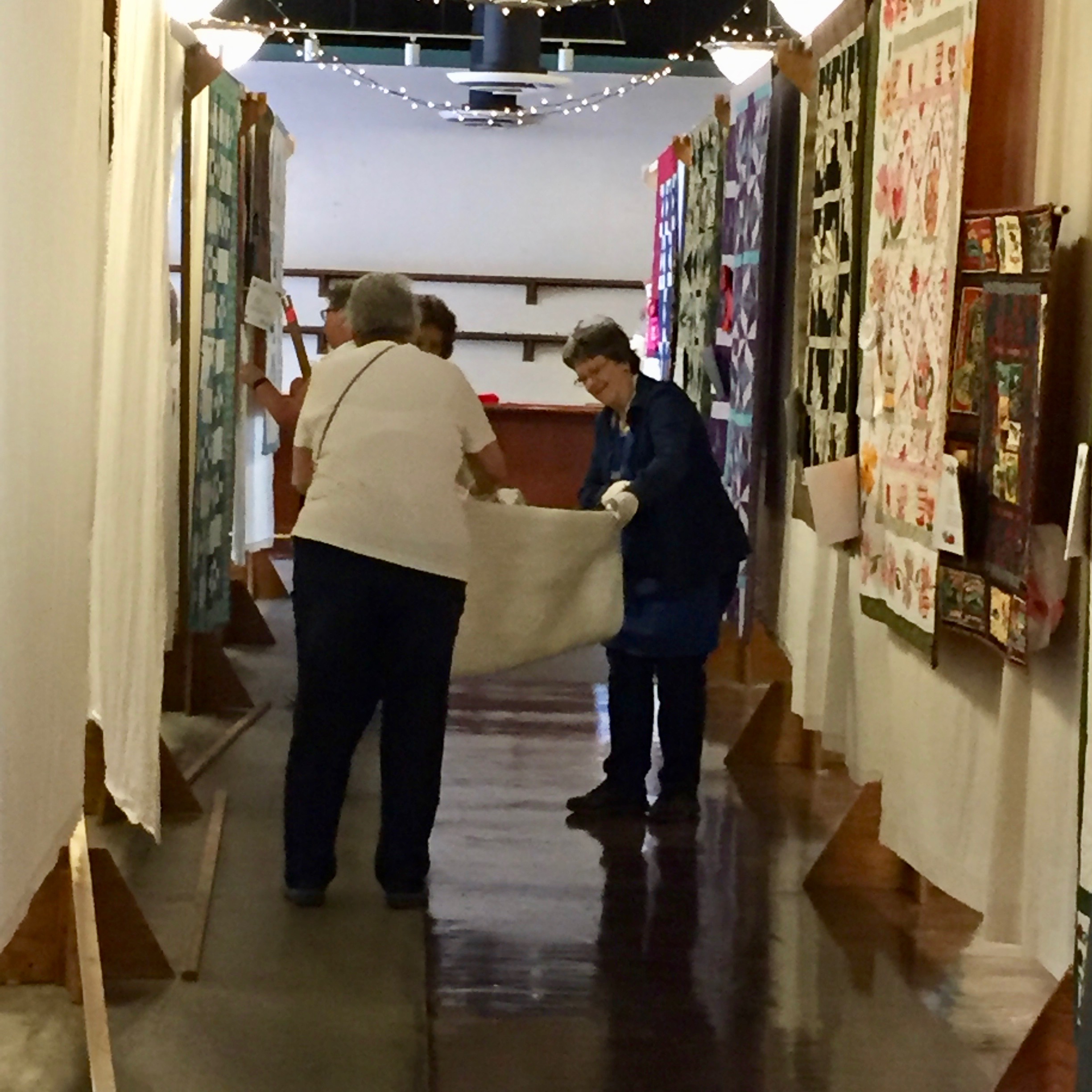 Each quilt was carefully removed and put in to a labelled bag and taken to the tables. 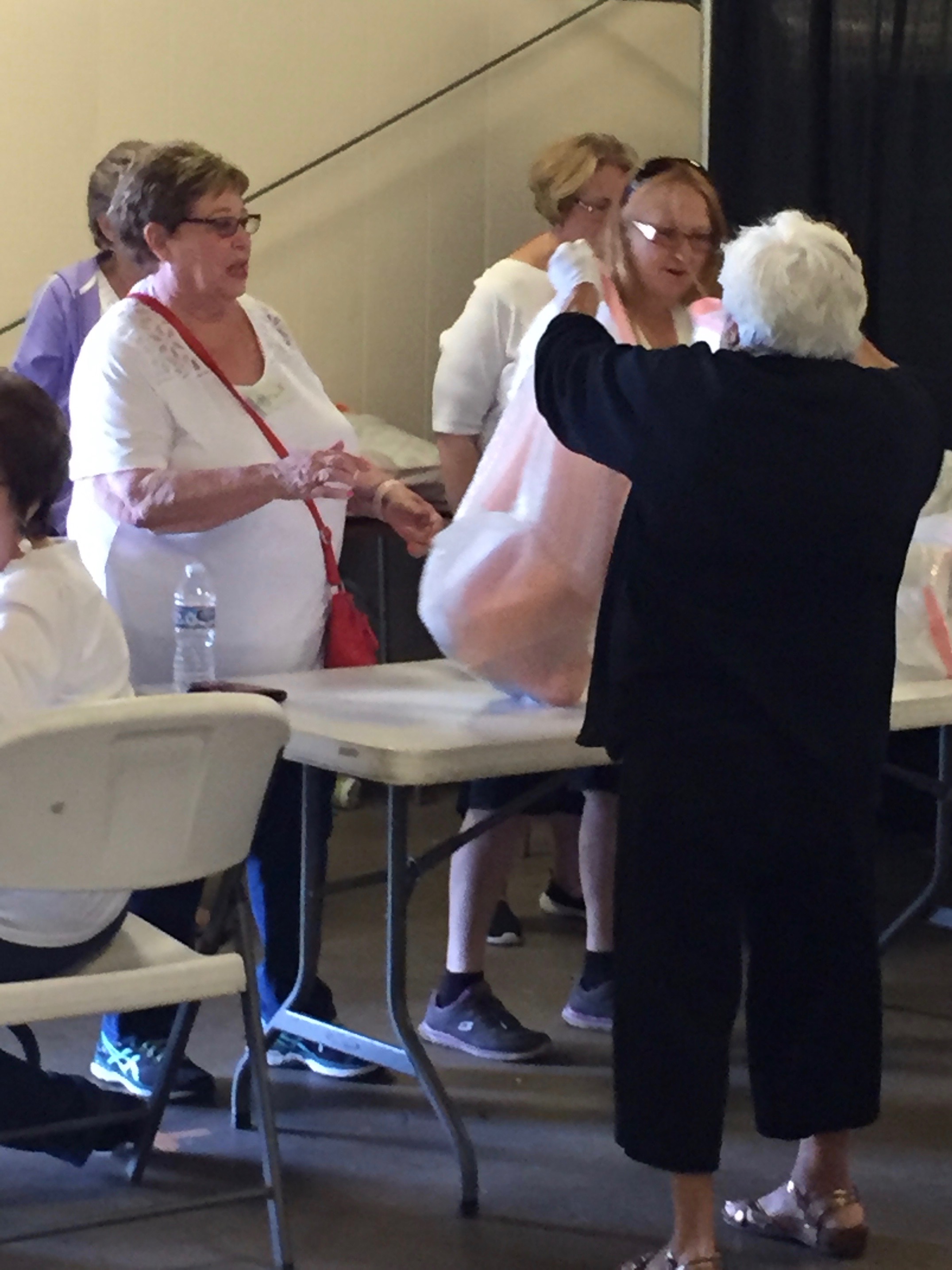 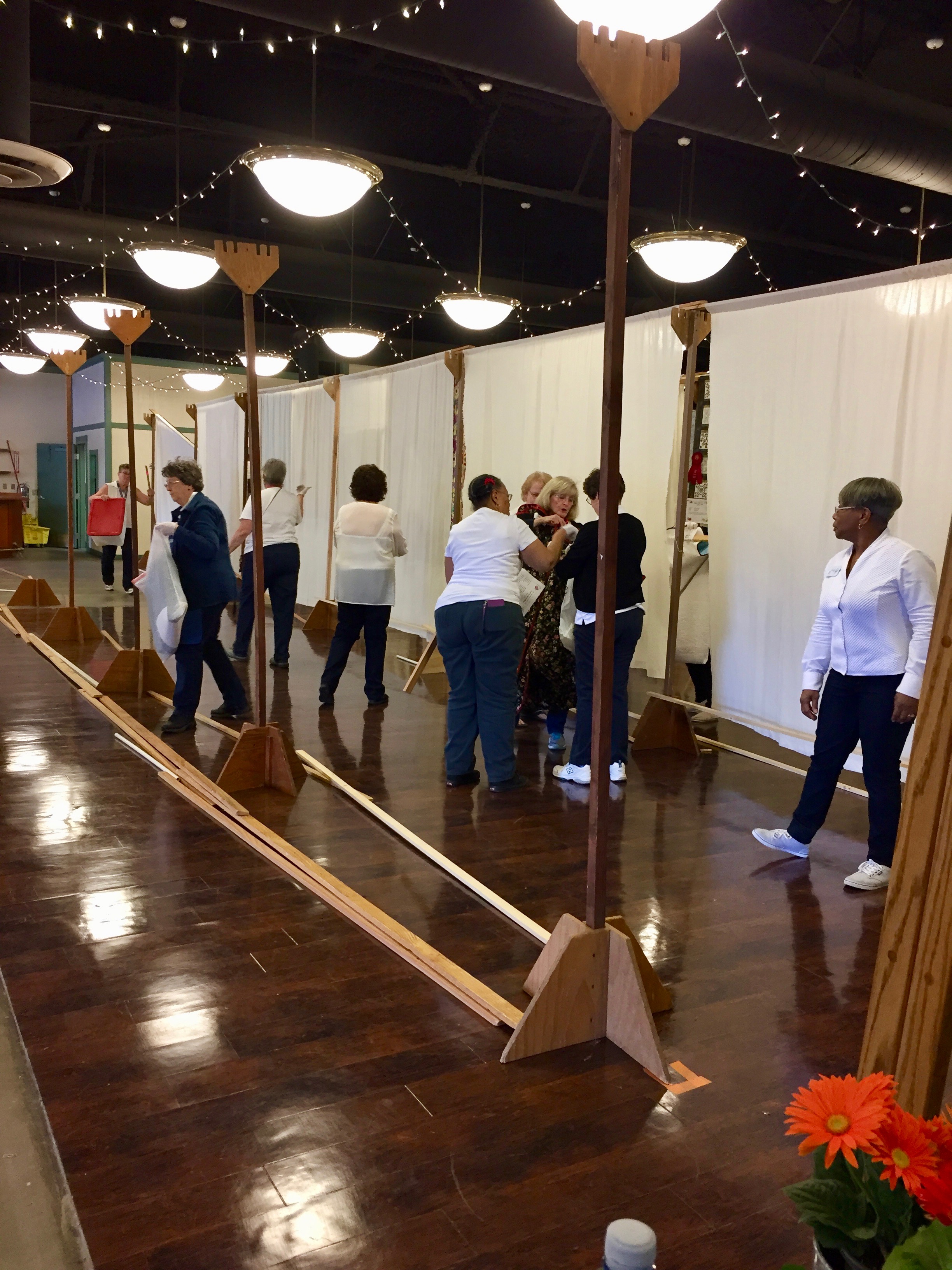 Until, just like that the hall was empty again… 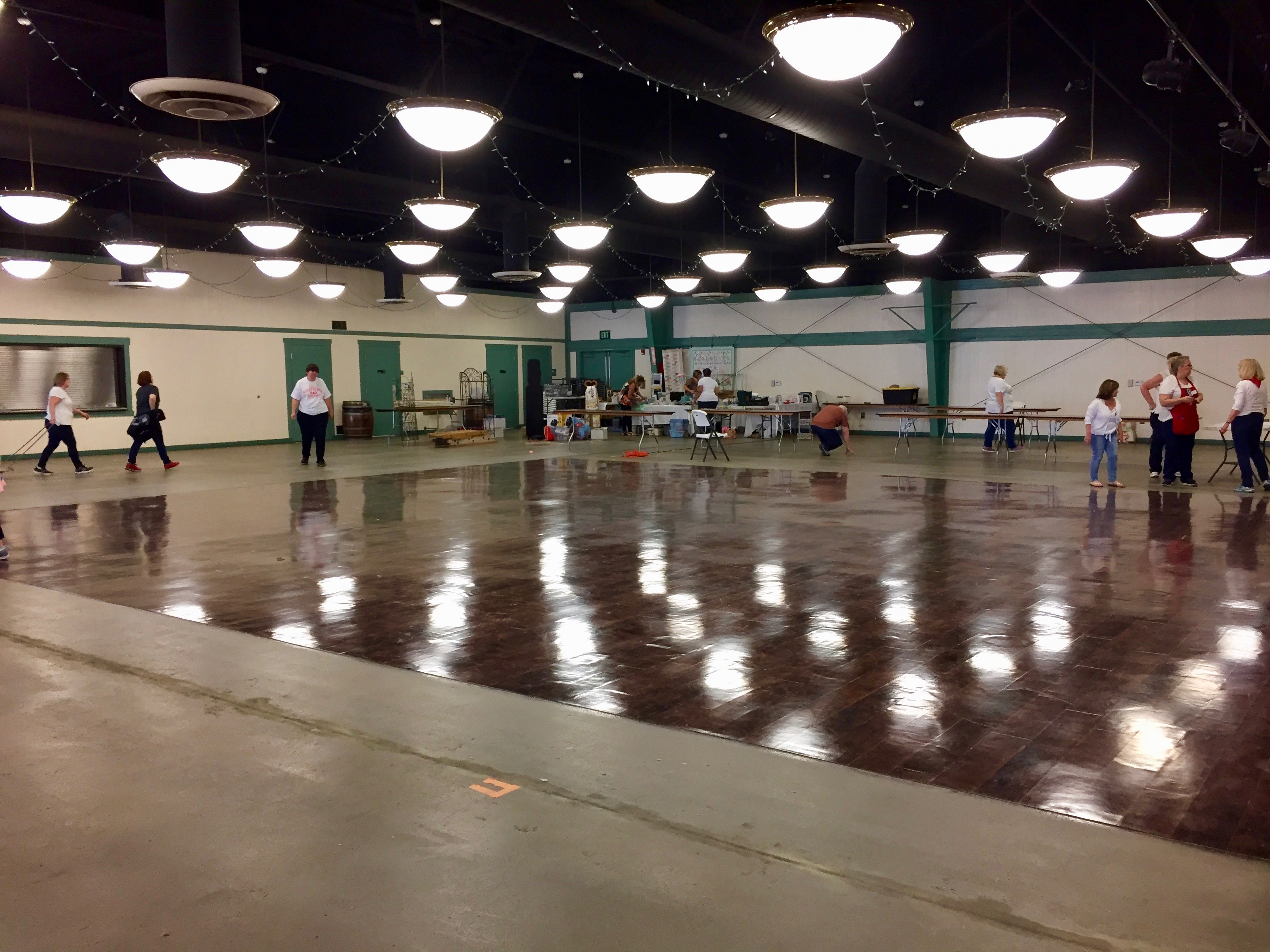 Time for dinner. We went to a Mexican restaurant in Dos Lagos. One day late for Cinco de Mayo but who was counting? I needed a picture of the pretty lights around the lake. 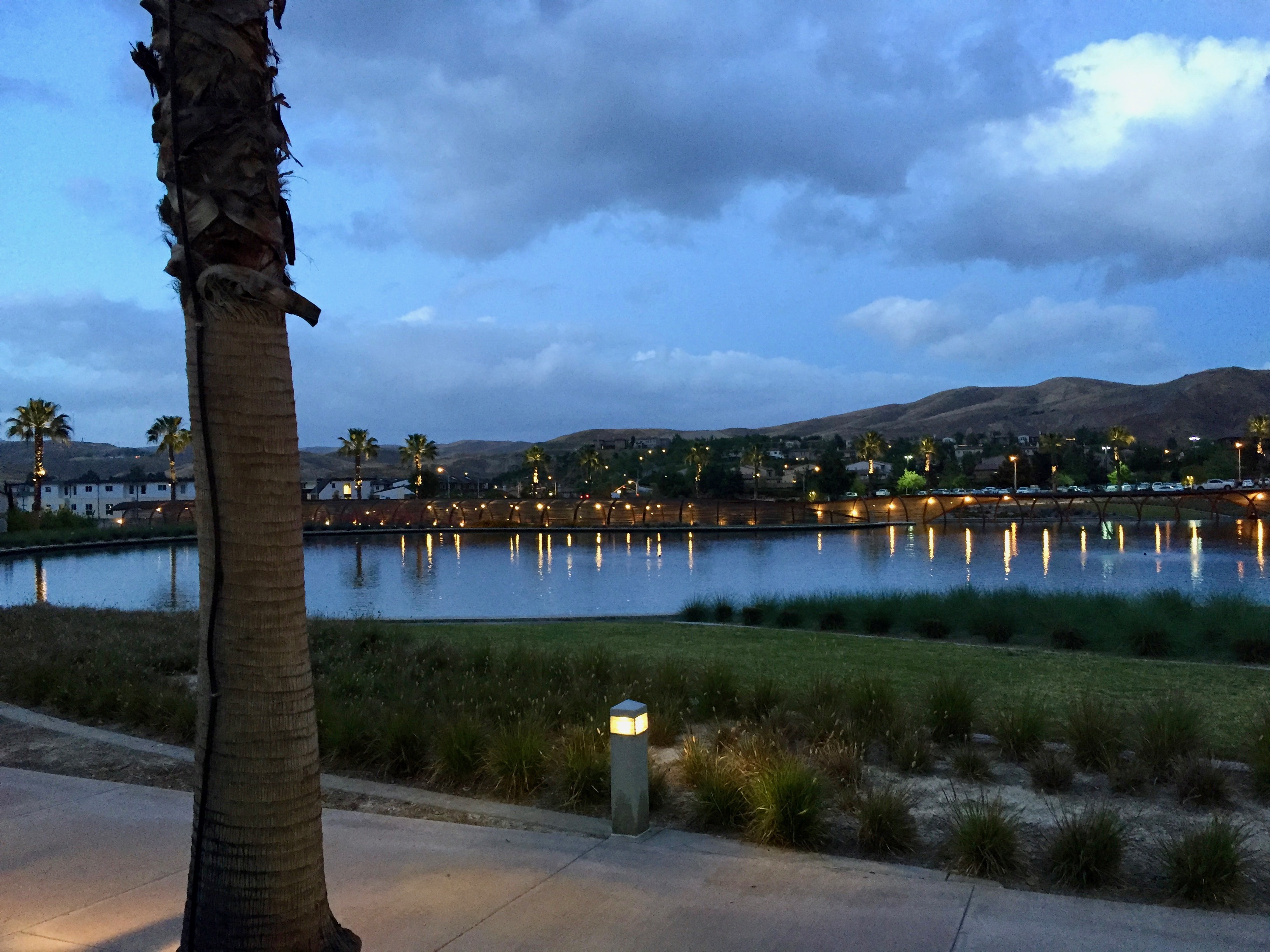 I flew home yesterday. Our flight was delayed about an hour due to the weather. This is what it looked like out of the window as we took off. 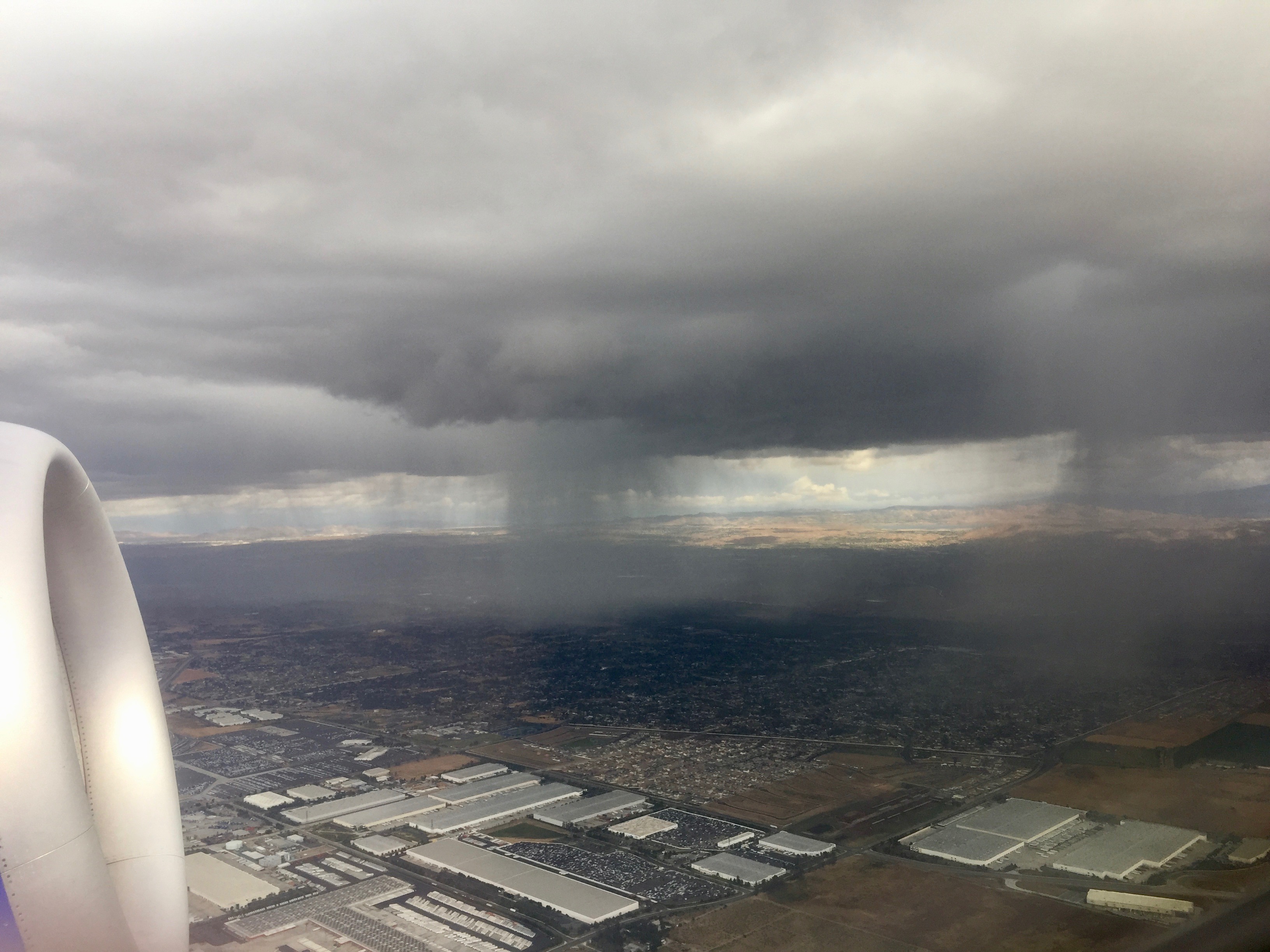 There was actually lightning in the storms but I didn’t catch any of it in my photographs.

It was a little bumpy until we reached the skies over Kansas but I had  a new book to read and every so often I looked down and took another picture! There was snow on these mountains. 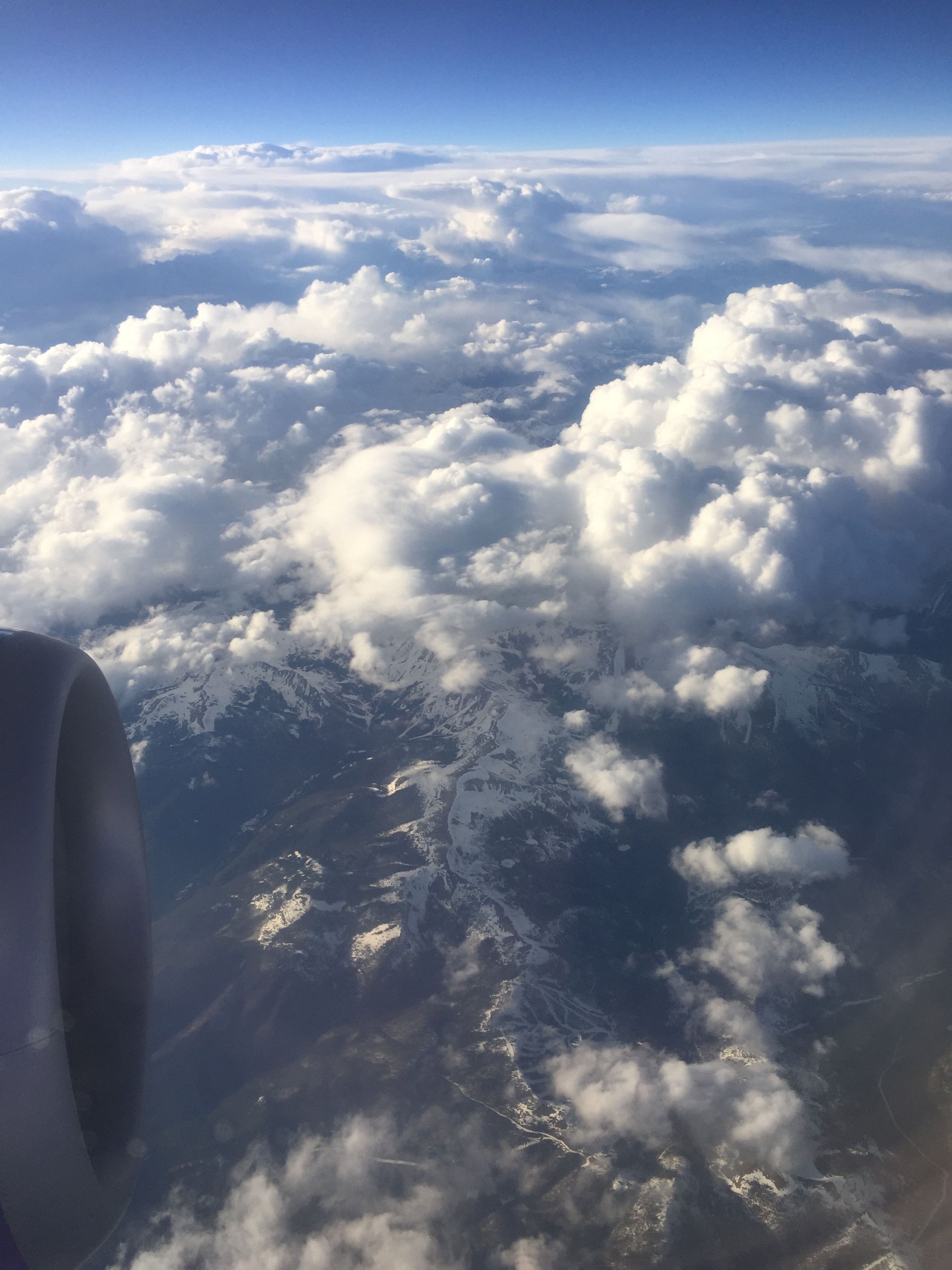 Steve as waiting for me at Midway but unfortunately only one of my suitcases made it to the carousel. Southwest have a very efficient baggage service and took my details quickly so that we could get on our way home. The other case has been located and I’m expecting it any time soon. It’s the first time I’ve ever come home without all my luggage. I’m sure it won’t be the last. One of the joys of traveling to see the world?

This evening I’m headed a few miles North to visit the Village Quilters in Wheaton. We are going to share The Language of Flowers together. This will be my third visit to the group. I know we will have a good time together.