Skip to content
Home > Travels > Kenosha, Wisconsin to the poppies in Southern California! 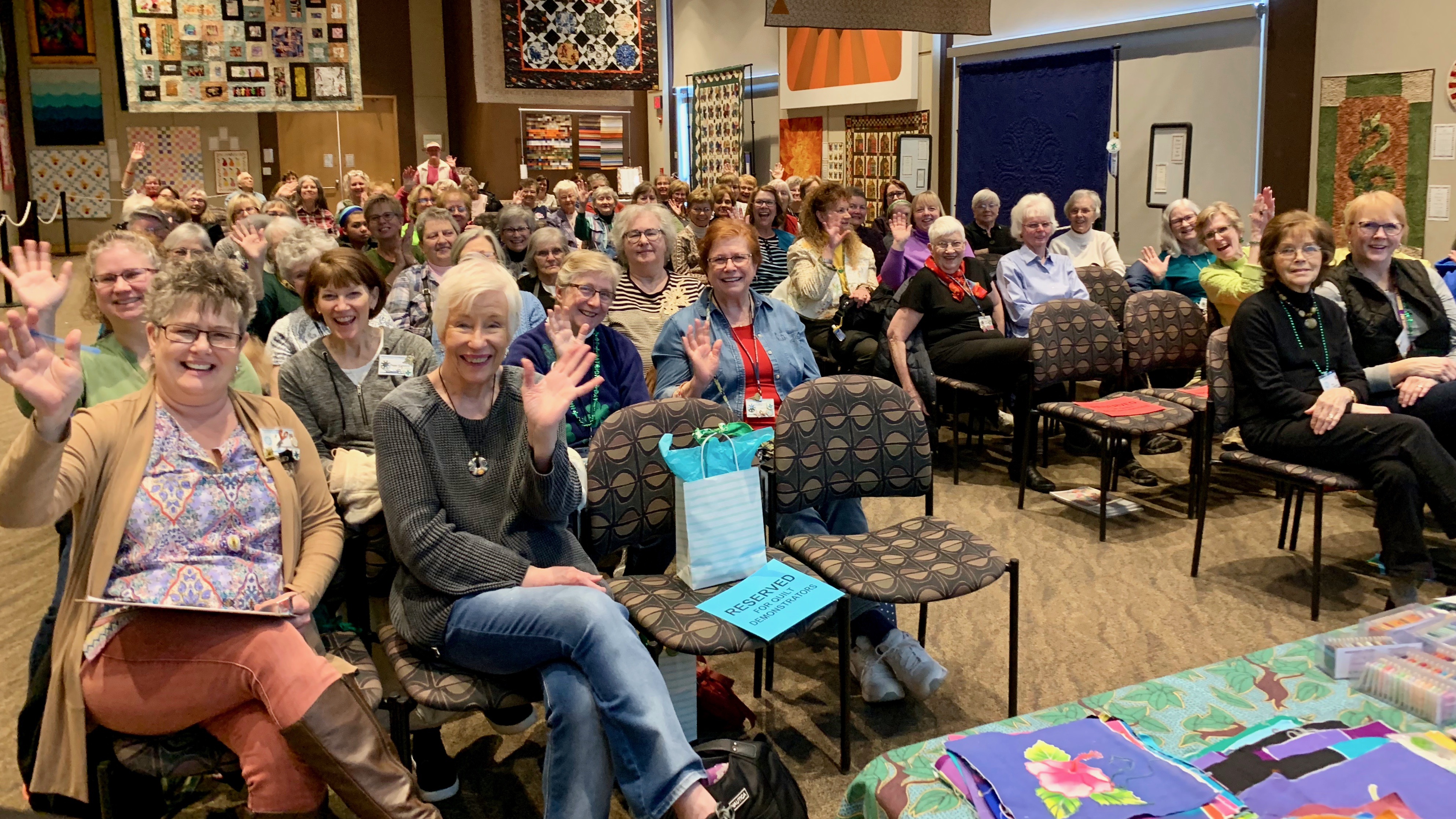 Kenosha, Wisconsin to the poppies in Southern California!

Last Saturday I set my alarm clock and was on the road by 7.15 AM for my trip up, across the border, to Kenosha. The highways weren’t too busy at that time of day on a weekend and I arrived at my destination right on time!

I was booked for a EPP clamshell class and lecture at the Kenosha Public Museum to celebrate National Quilting Day. The Southport Quilters Guild had a team of volunteers upstairs doing activities with the children, I was downstairs. You wouldn’t be surprised to hear I didn’t get pictures of any of all that but let it be said we all had a good morning!! (Did you know that Christopher Latham Sholes, “father of the typewriter”, owned a newspaper in Kenosha?)

After lunch I relocated to a large gallery space where the guild had a beautiful display of quilts for their annual show. 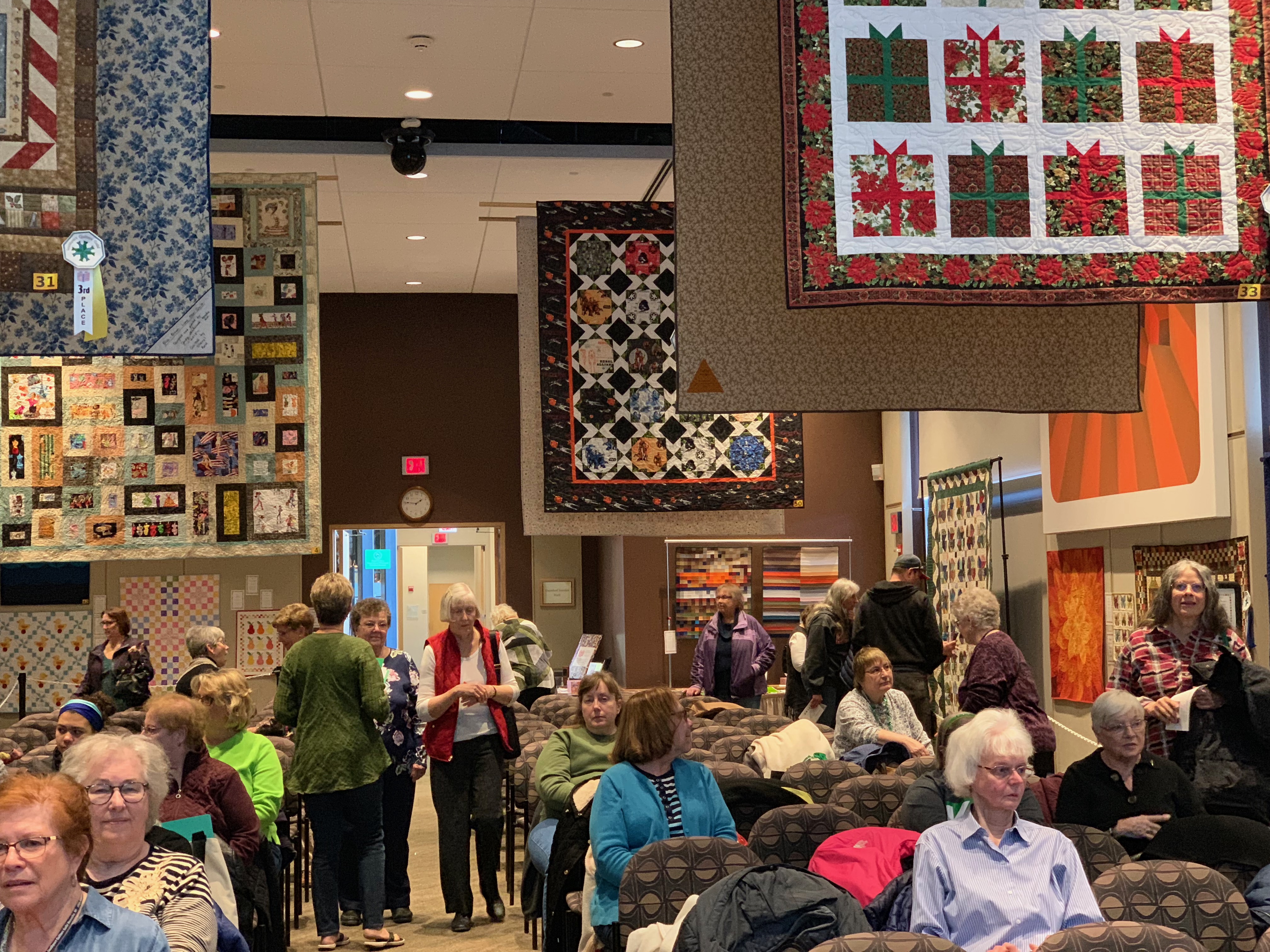 I had brought my quilt stand with me and hung three of mine! 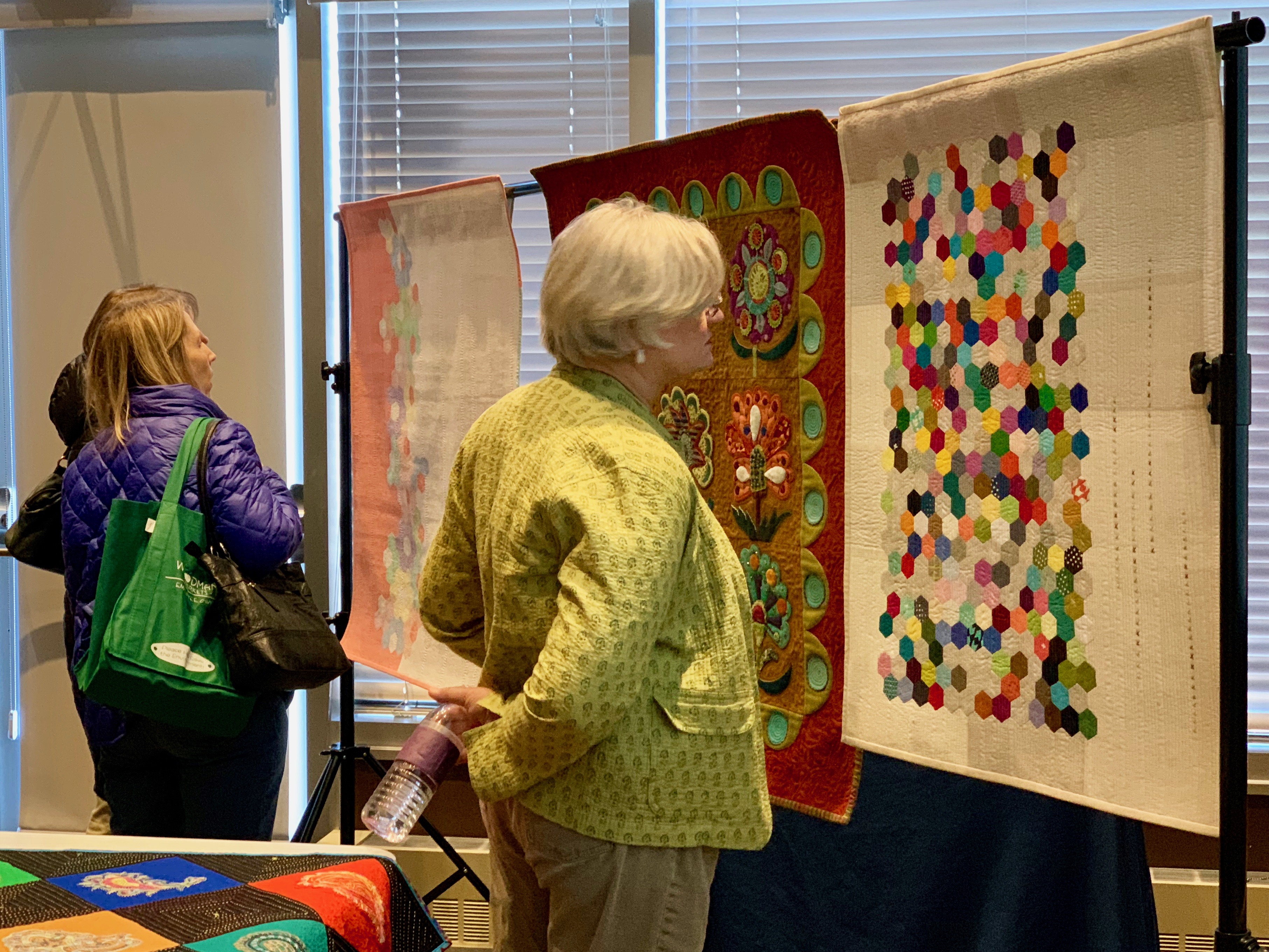 Today’s featured image is a picture of the audience gathered for my lecture. It was hard work finding people to give some threads to, but we did it… Thanks are due to the Museum and the Quilt Guild for being such wonderful hostesses!

Yesterday morning I set my alarm clock again to wake me up for an early morning drive to the airport. I was parking in the remote lot by 7.10. The flight was smooth and problem free (just like you want it) and Sheila met me at the Ontario airport for my next adventure.

I am in Southern California to see the flowers 🙂

Sheila live just a few miles from the now infamous super bloom of Californian poppies near Lake Elsinore, but they’re not just there. The poppies start way down by the shops at Dos Lagos. (can you see the red/orange patches on the hills?) 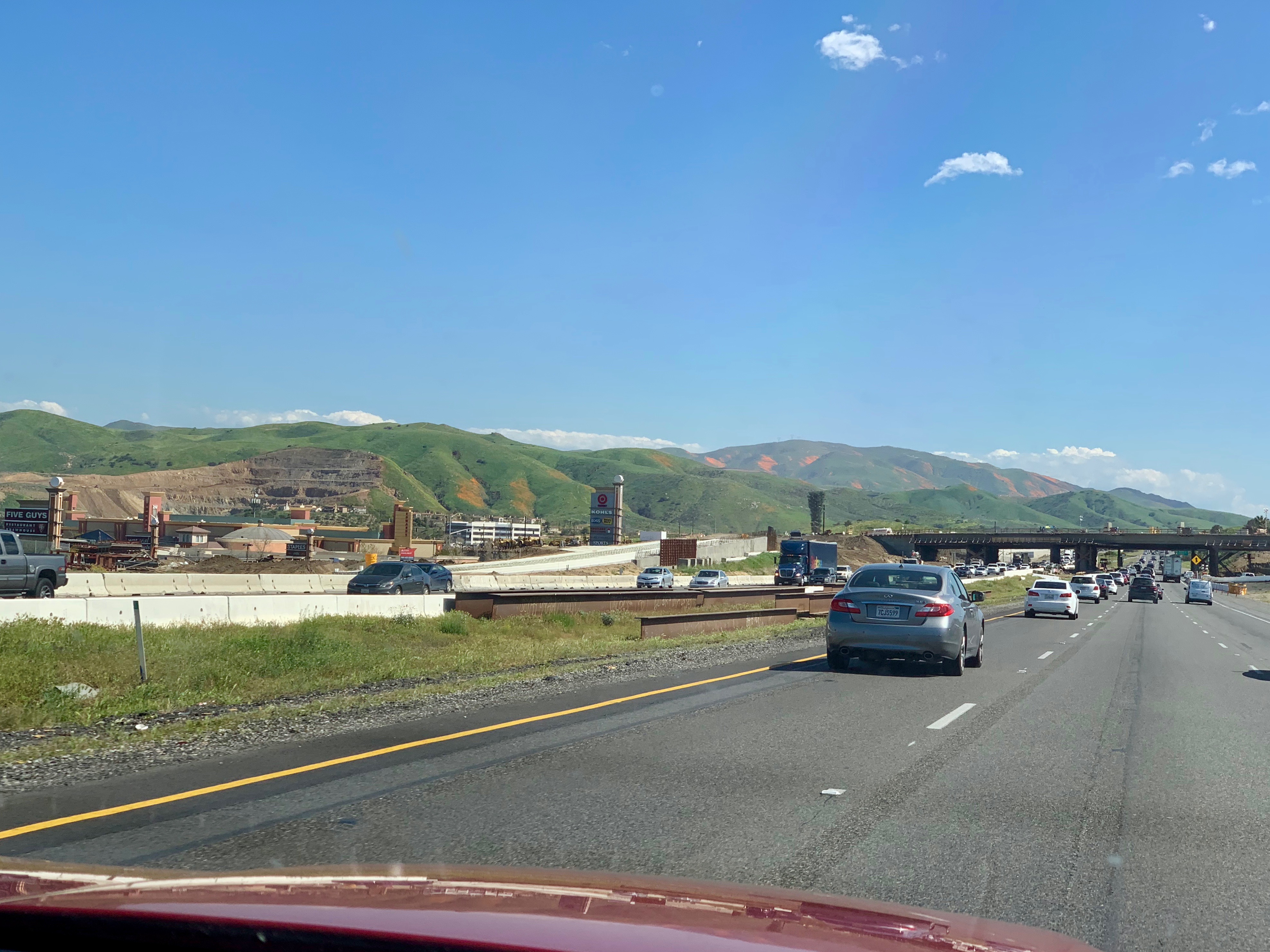 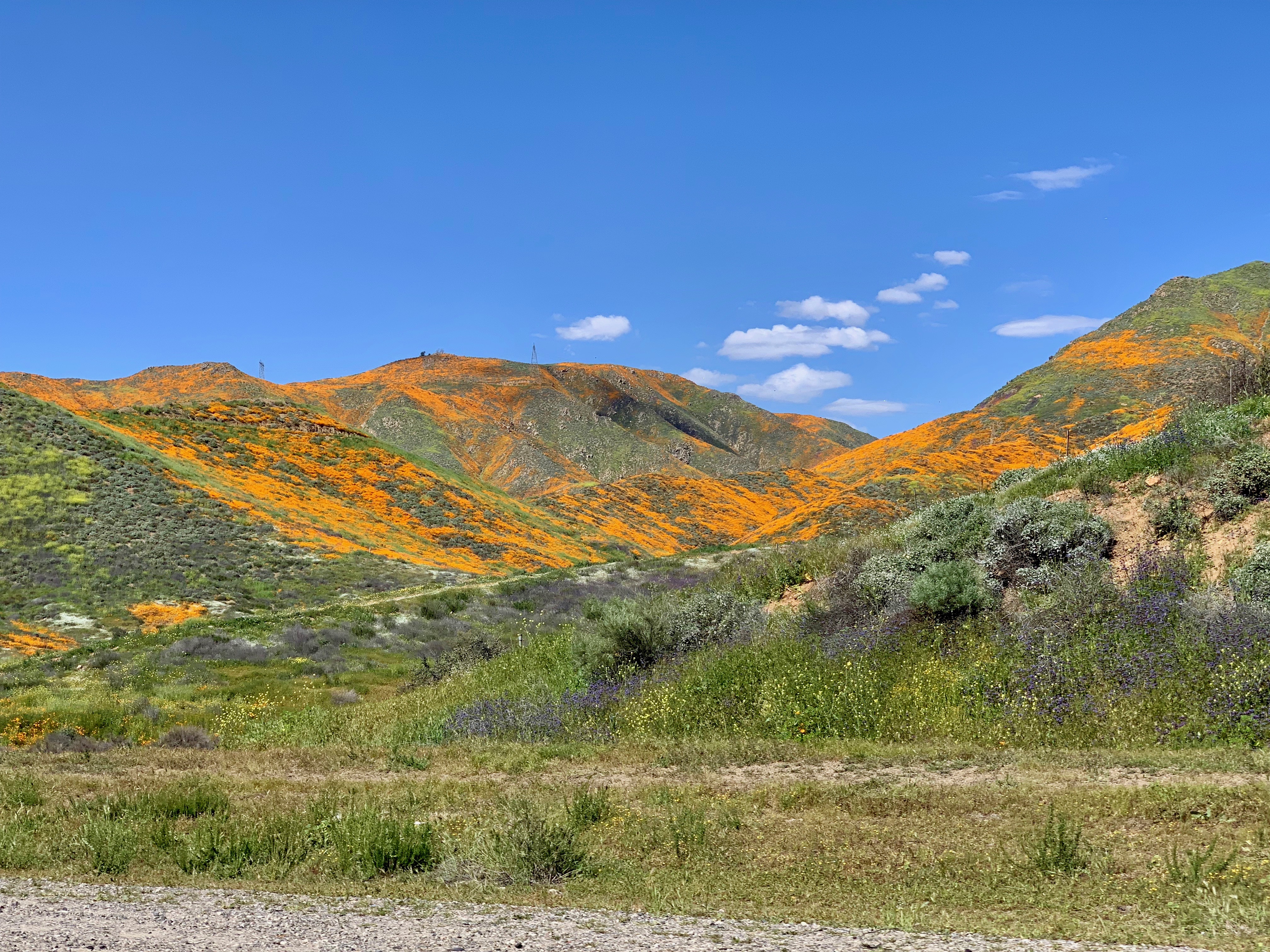 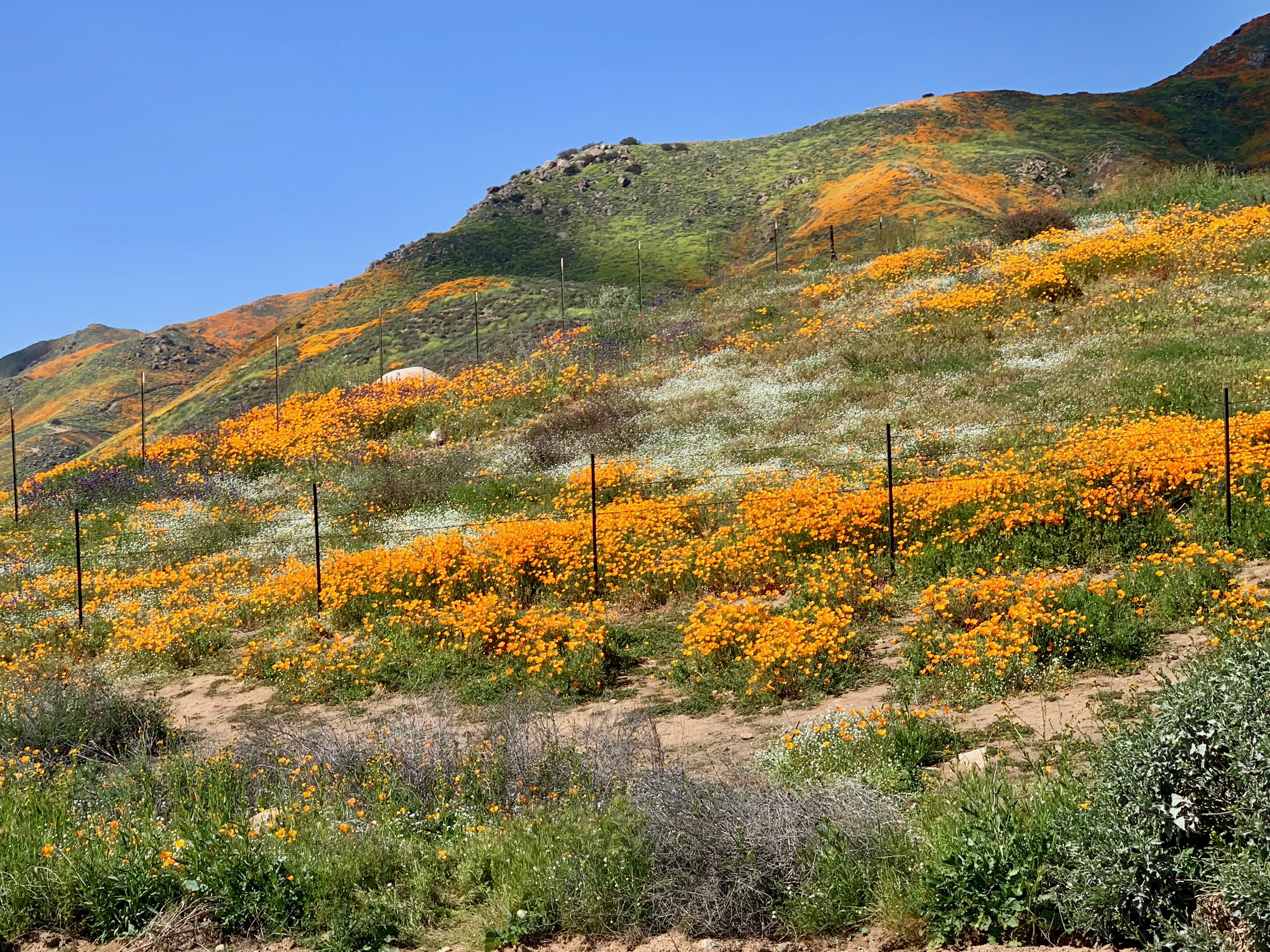 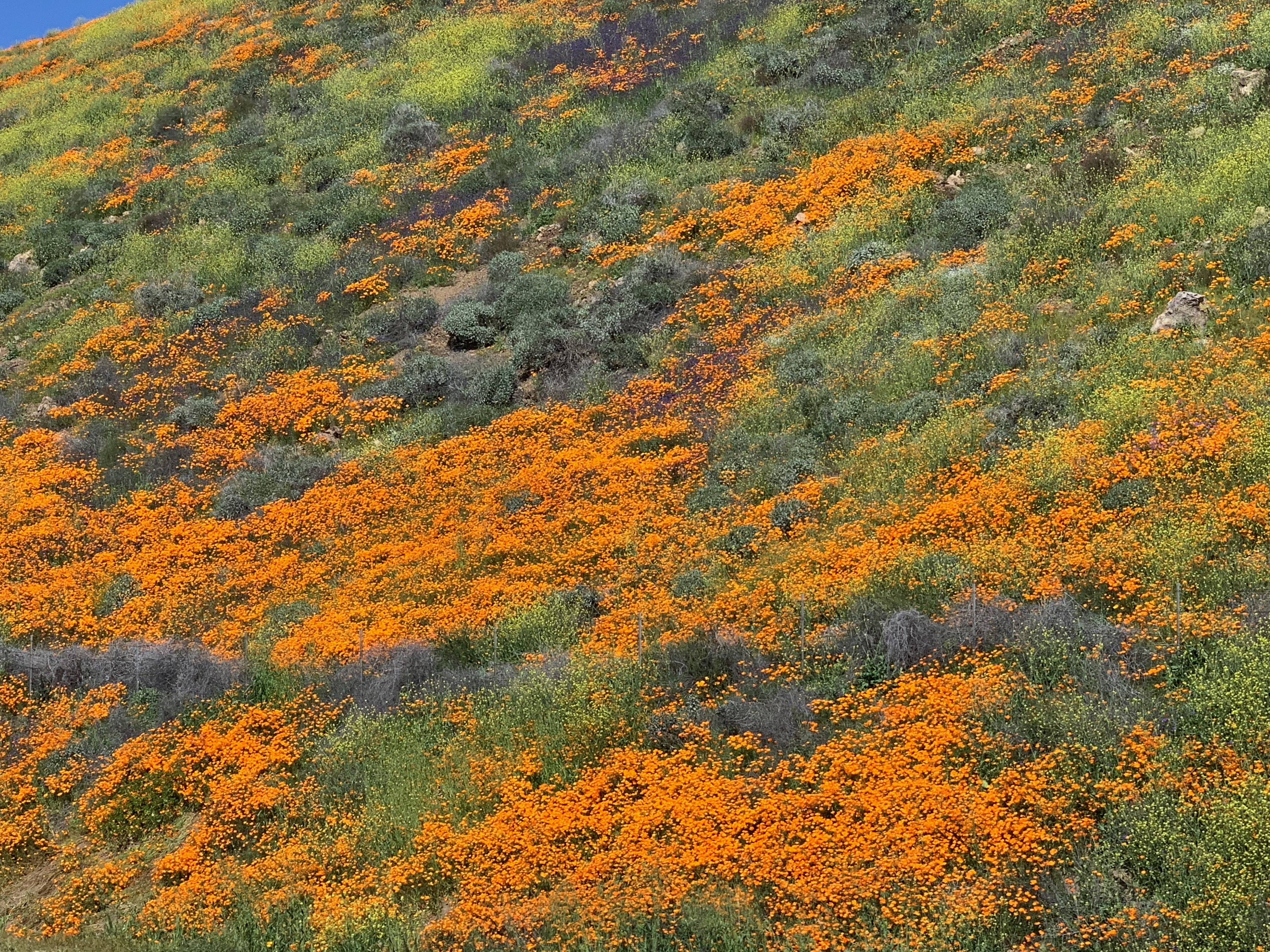 You get the idea?

The weekend had been an incredibly busy one in the valley with an overwhelming number of visitors. At one point the exits off of the highway were closed. There were quite a few people out looking on Monday afternoon. We decided to go back this morning once the sun is up, hoping to beat the crowds… We’ll see.

After the drive past we went back to Sheila’s house. You can see the poppies from there… 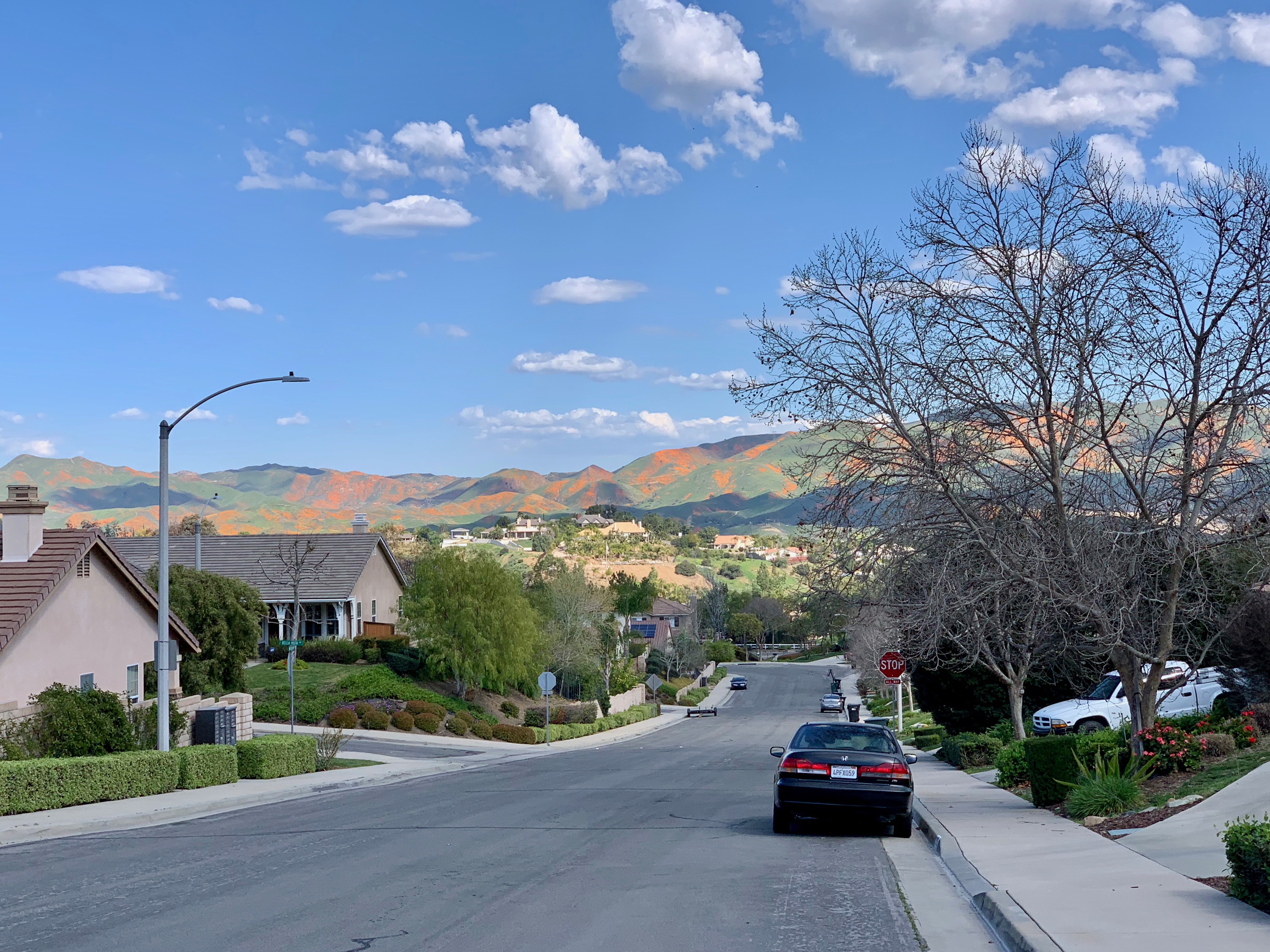 It was below freezing when I parked the car at Midway… Sheila and I sat outside to catch up and stitch a bit… Eighty degrees felt wonderful!

More of the same is forecast for today.