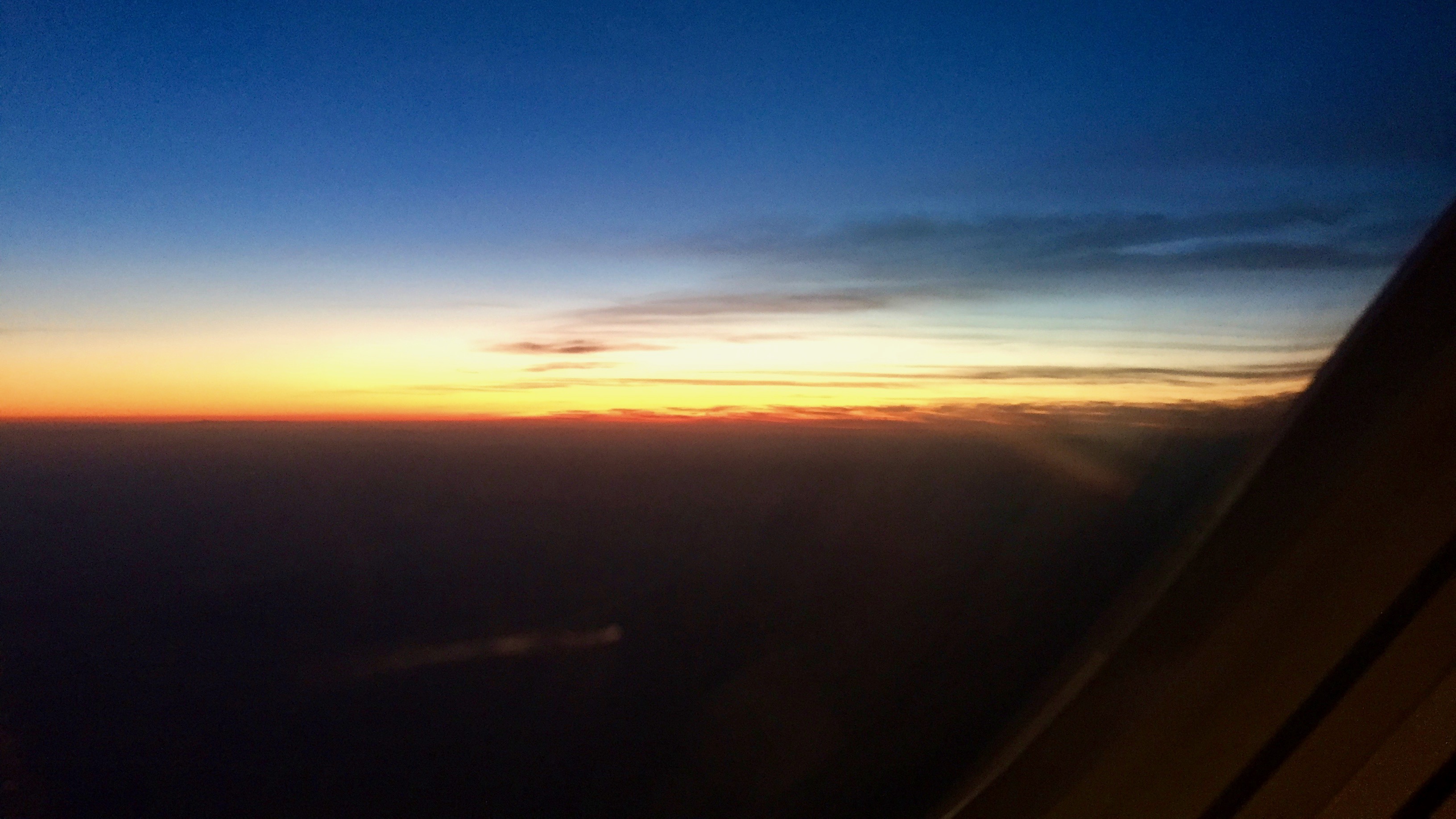 After all the busy-ness of the class on Saturday it was time to sit in the sun for a little relaxation and stitching. 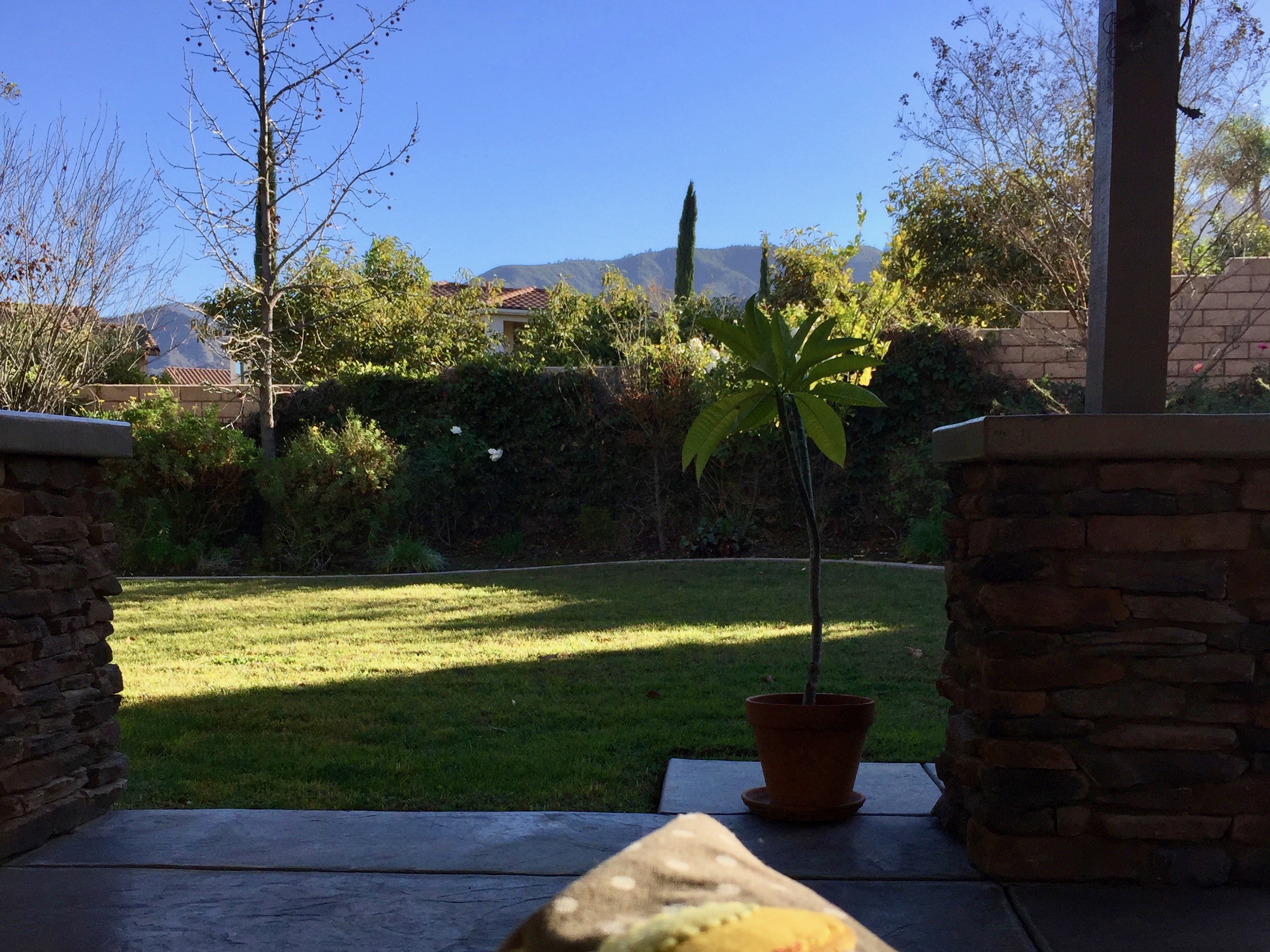 Do you want to see what I was working on? 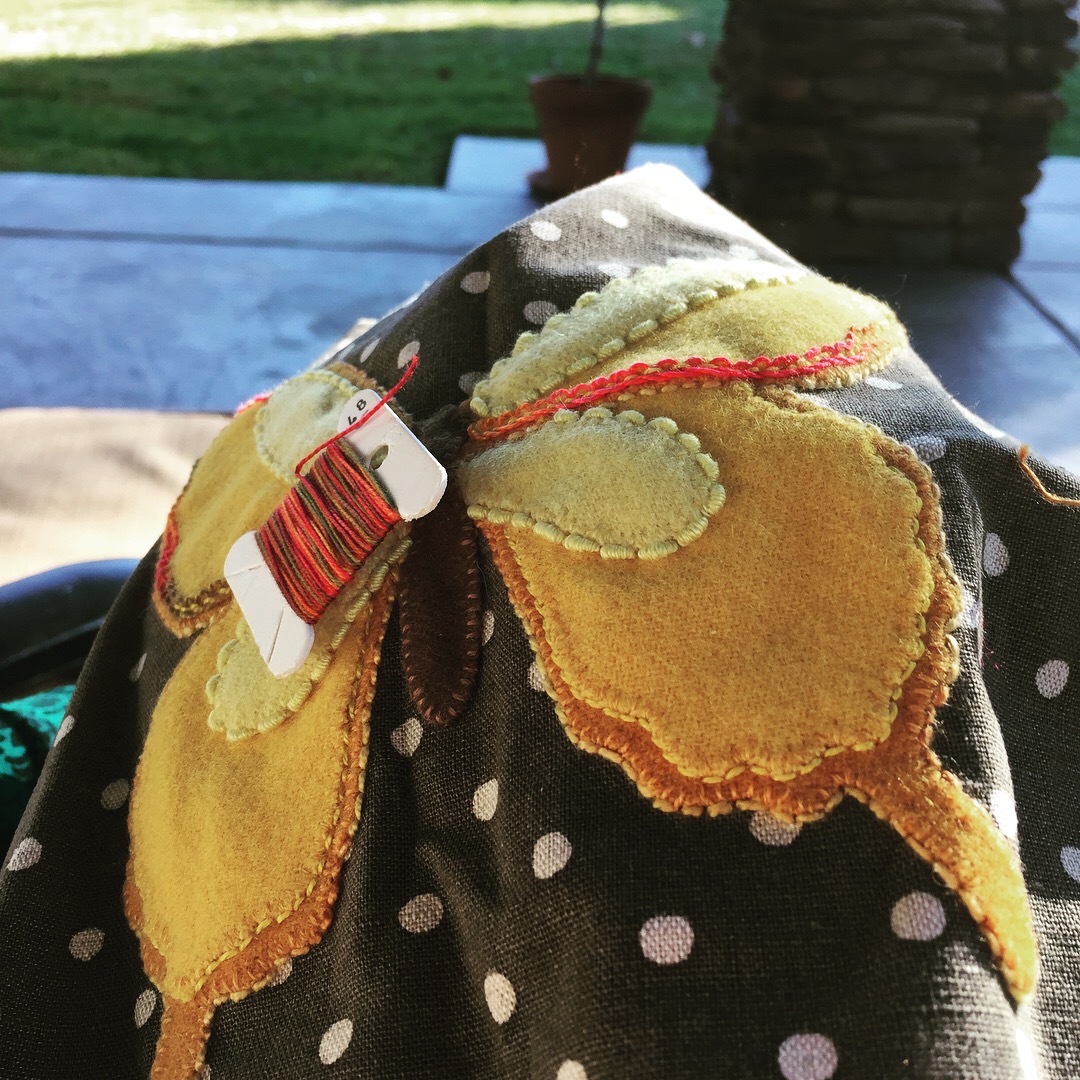 This one may or may not see the light of day. I have been thinking that I might need to make some changes before it flies…

On Sunday afternoon we headed South for a little wine tasting at the Weins Cellars. 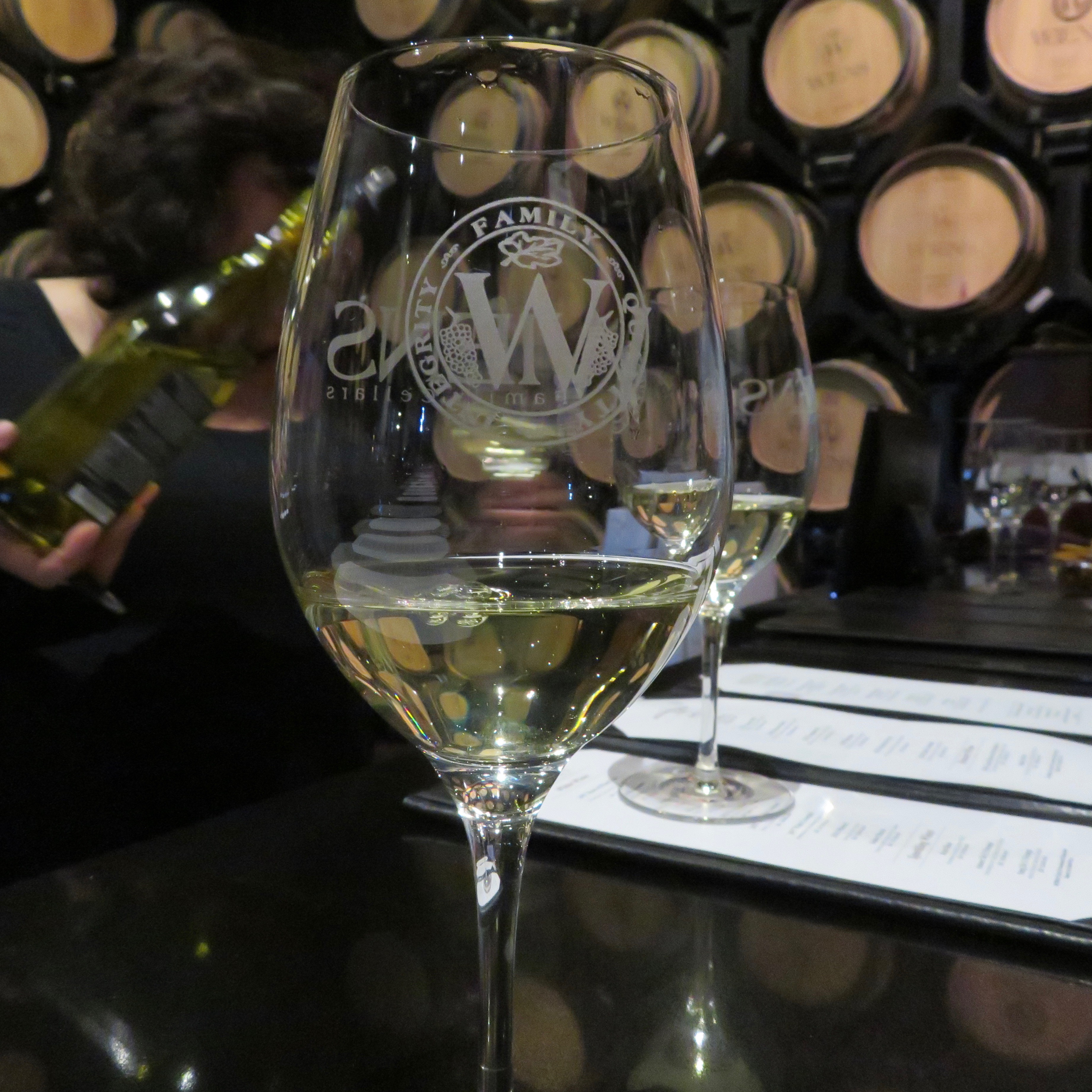 The room was lined with barrels that just called out to have their picture taken! 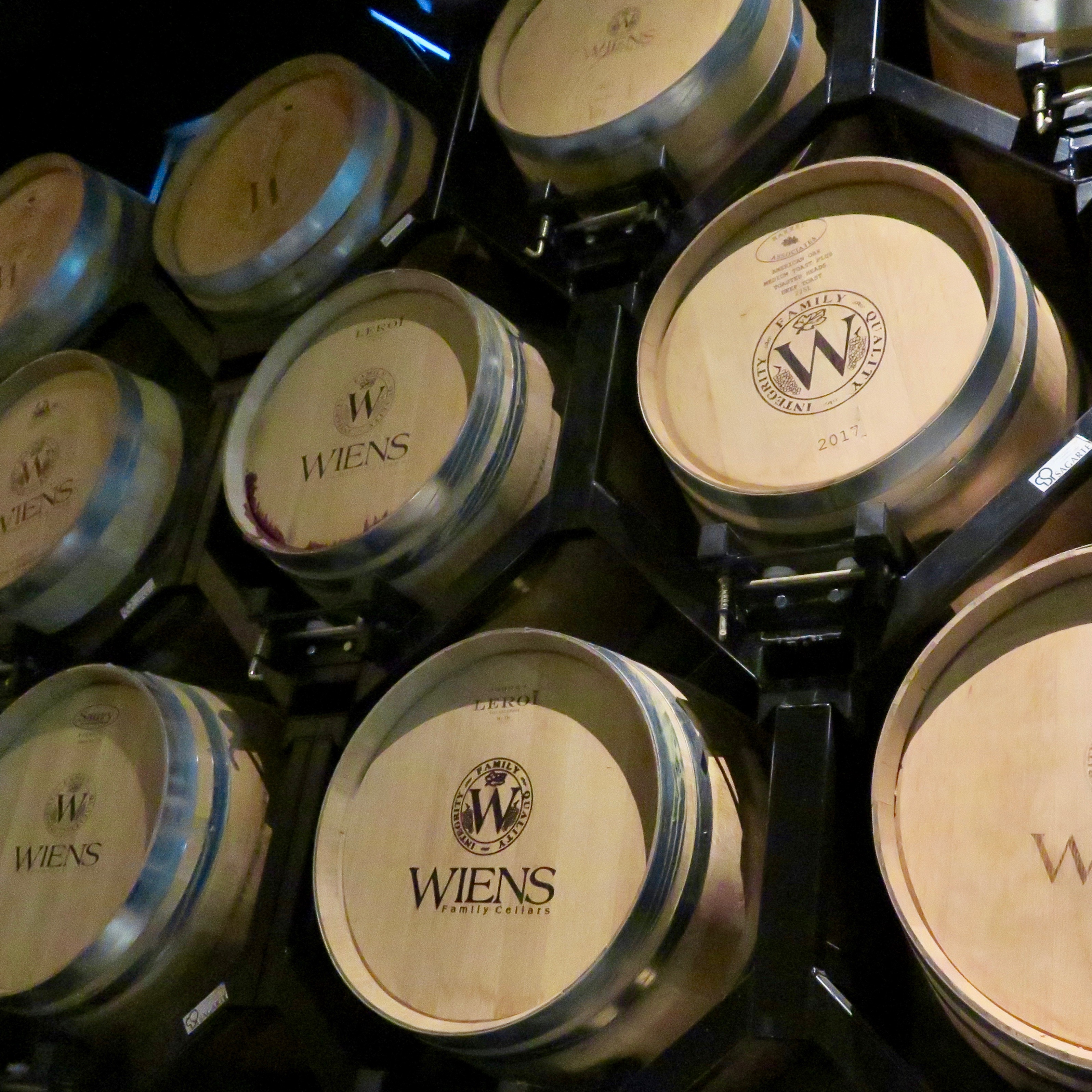 Outside the sun was shining. 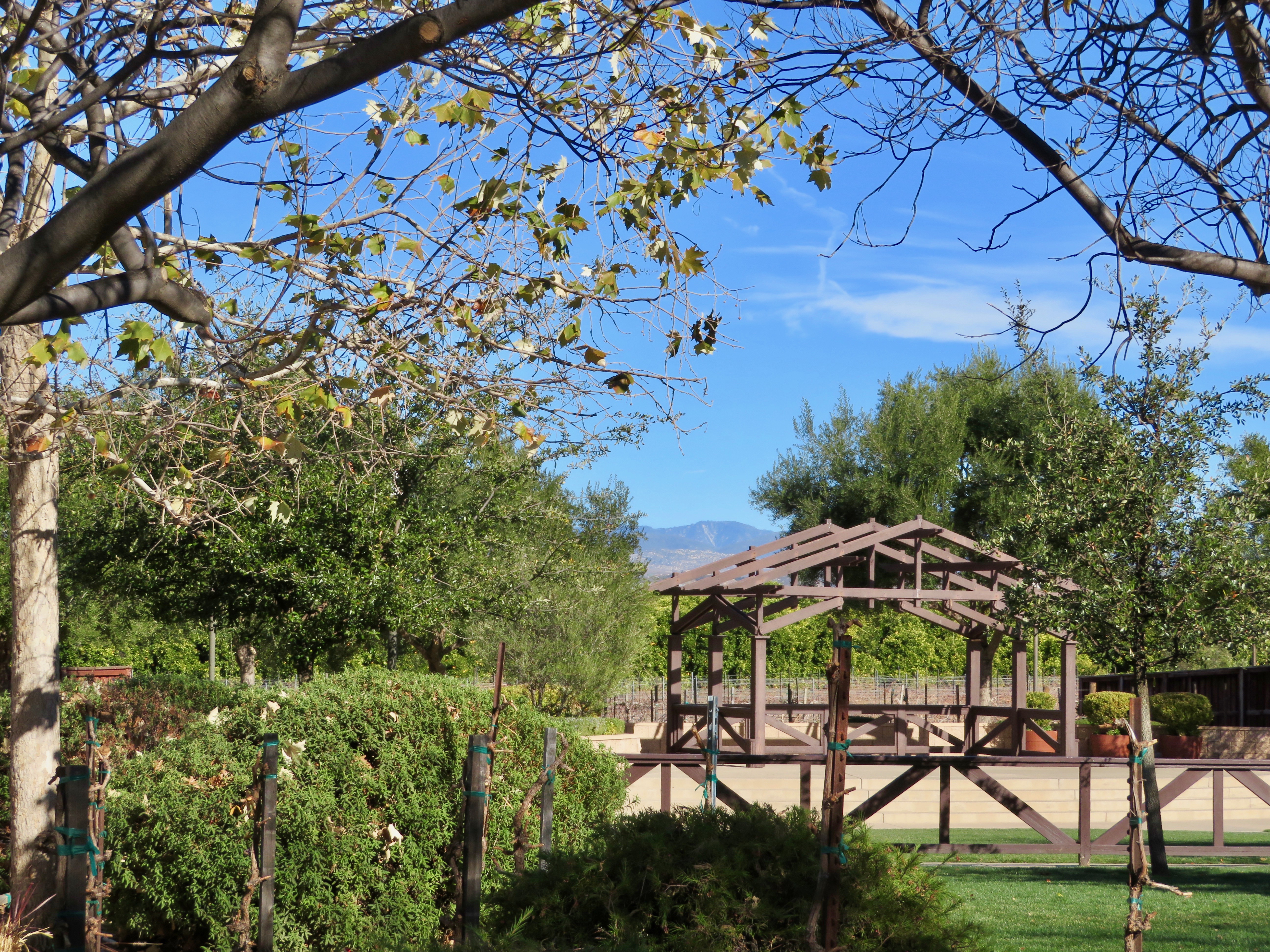 It’s January, not really the peak season for flowers but the bottle brush plant was blooming and it’s not something that thrives outside in Illinois. 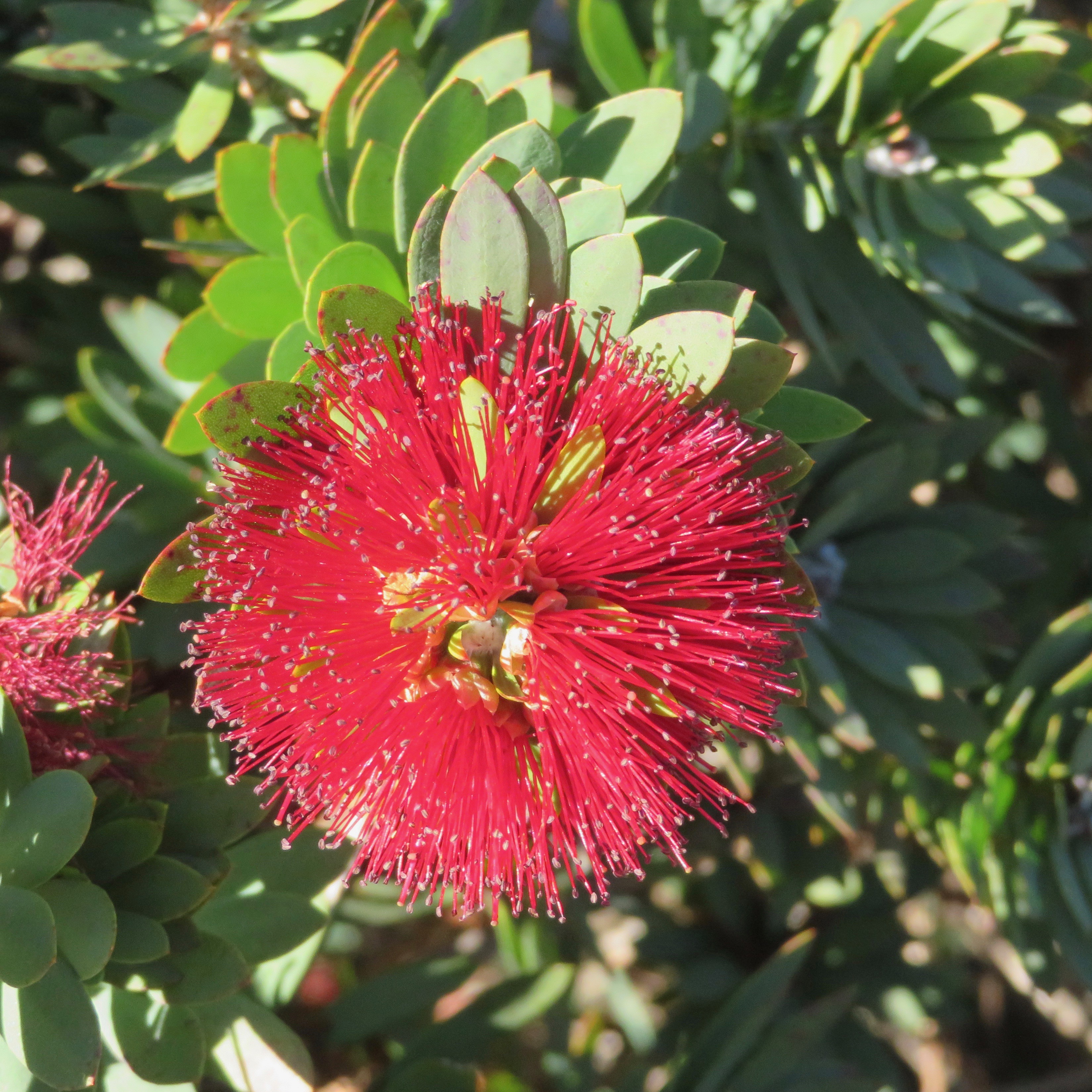 Of course all good things come to an end and it was time to pack my bags to go home on Monday.

I flew out of Ontario airport, with a brief stop in Phoenix.

I had a window seat for the first leg. Ontario isn’t very pretty from the air but I did snap a quick shot of San Bernardino National Forest as we flew over. 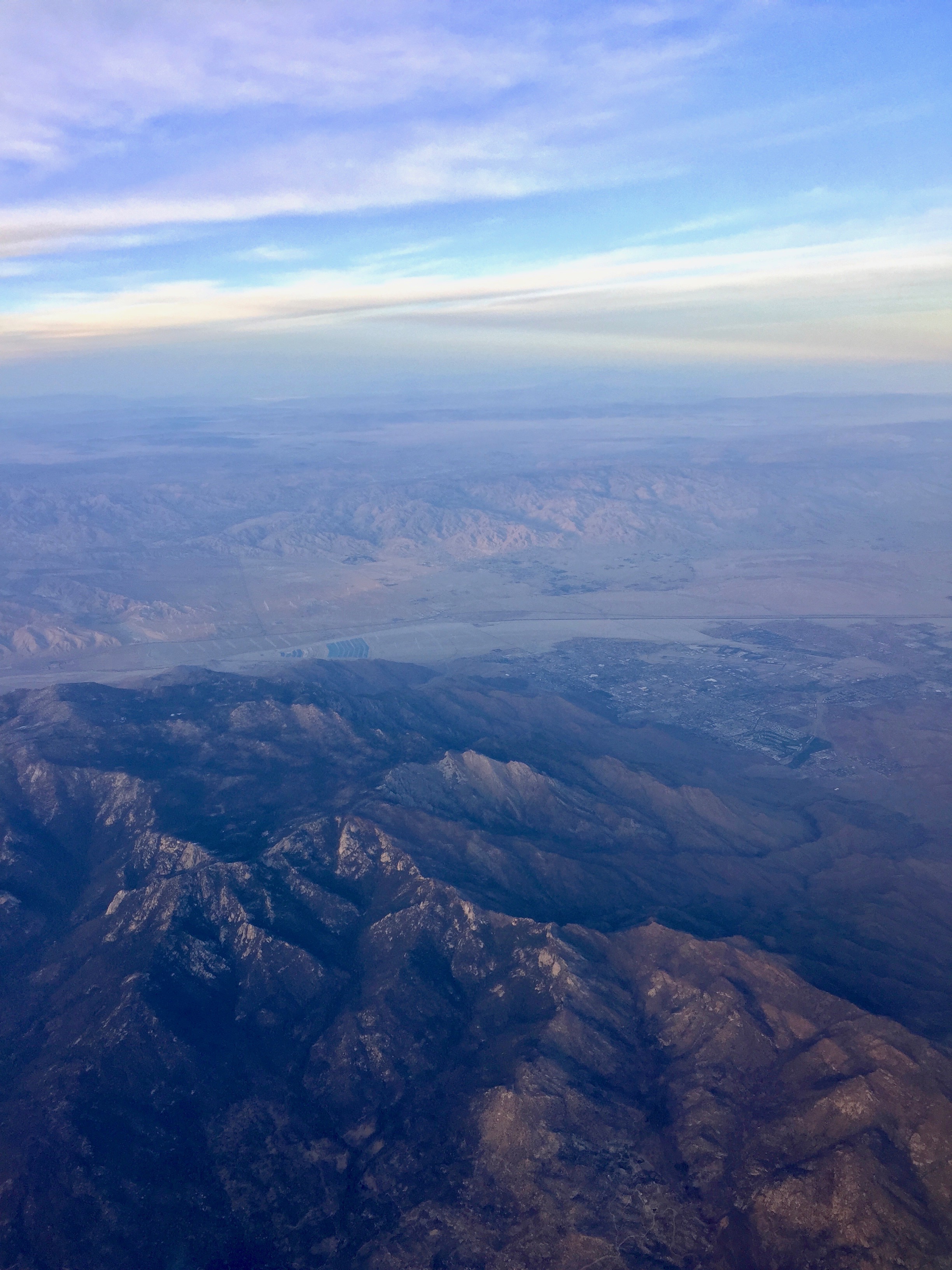 The sun was setting on the far side of the plane so I wasn’t going to get to see it except that we circled for 20 minutes over Phoenix waiting to land. It’s not very exciting going around and around but it did mean I got to see the tail end of what looked to have been a colorful sunset. I’ve put the best of the pictures I took as today’s featured image.

I switched seats while we were stopped and moved to the aisle. That means no more pictures!

Steve was waiting for me at Midway at 11.45 PM. The suitcases both came through safely and we were soon on the road home.

I unpacked yesterday, did the laundry and started getting ready for tomorrow’s trip to Illinois Quilters Inc.. There was more of the same today. I’ve still got a list of things to sort out but I think I’m nearly ready to head out again…

But before I go I need to tell you about a giveaway by Knitting Universe that is happening on Facebook and Instagram right now. Look for them and follow the instructions and you could win a free class at Stitches United where I am teaching in March. It’s in Connecticut so if that’s too far to go perhaps you could tell a friend so they could try to win?

You might have noticed that I have a link to the show on the right hand side of my web site? There is a little friendly contest between the teachers. If you have a few minutes to spare please could you click on the link and take a look at the classes I’m teaching? The teacher who has the most incoming traffic from their link will be awarded a prize and we all know that Catherine likes prizes…  🙂

And one last thing. I have the February butterfly (embroidery and wool appliqué) design ready to post. Assuming my alarm goes off tomorrow and I get those bags packed up in a reasonably timely fashion they will be appearing at some point during the day. I hope you like them!!