If you are British you might know yo-yo’s by the name Suffolk Puffs… it seems they originated long time ago  in the English county of Suffolk before they became popular in the States in the nineteen twenties, which also happened to be when the Yo-Yo Manufacturing Company was founded in California.

This summer, I was teaching an embroidery class in England (actually in Suffolk)and the conversation turned to what other classes my students had taken recently. Someone mentioned Dorset Buttons. Mmm… I needed to find out more…

It turns out that there is even an entry on Wikipedia. They really are a thing!

I did a little more research. I decided I had everything I needed, except the rings that serve as a foundation for the button. They really are essential. I tracked down some plastic rings made by Dritz and ordered them in three sizes… 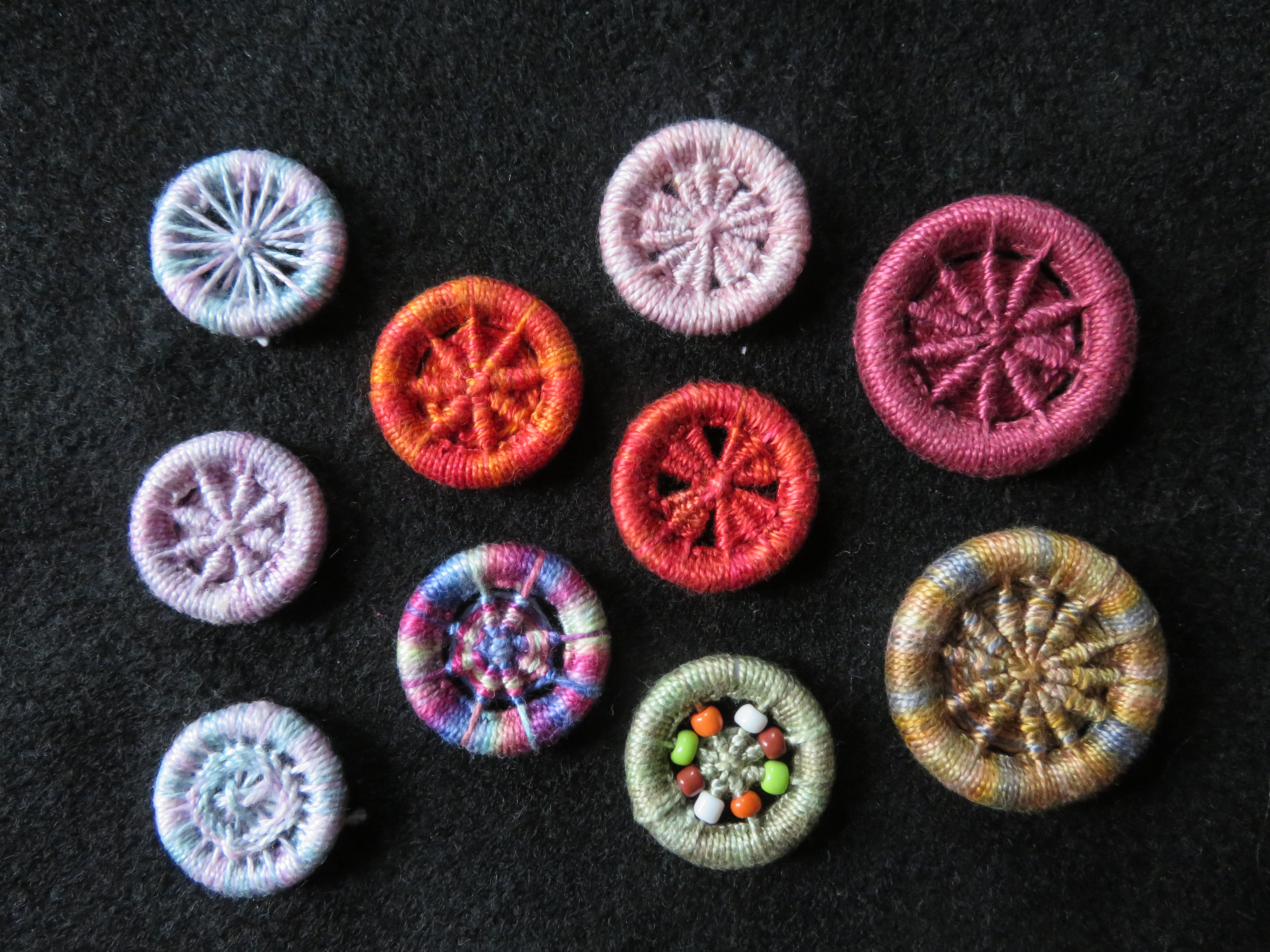 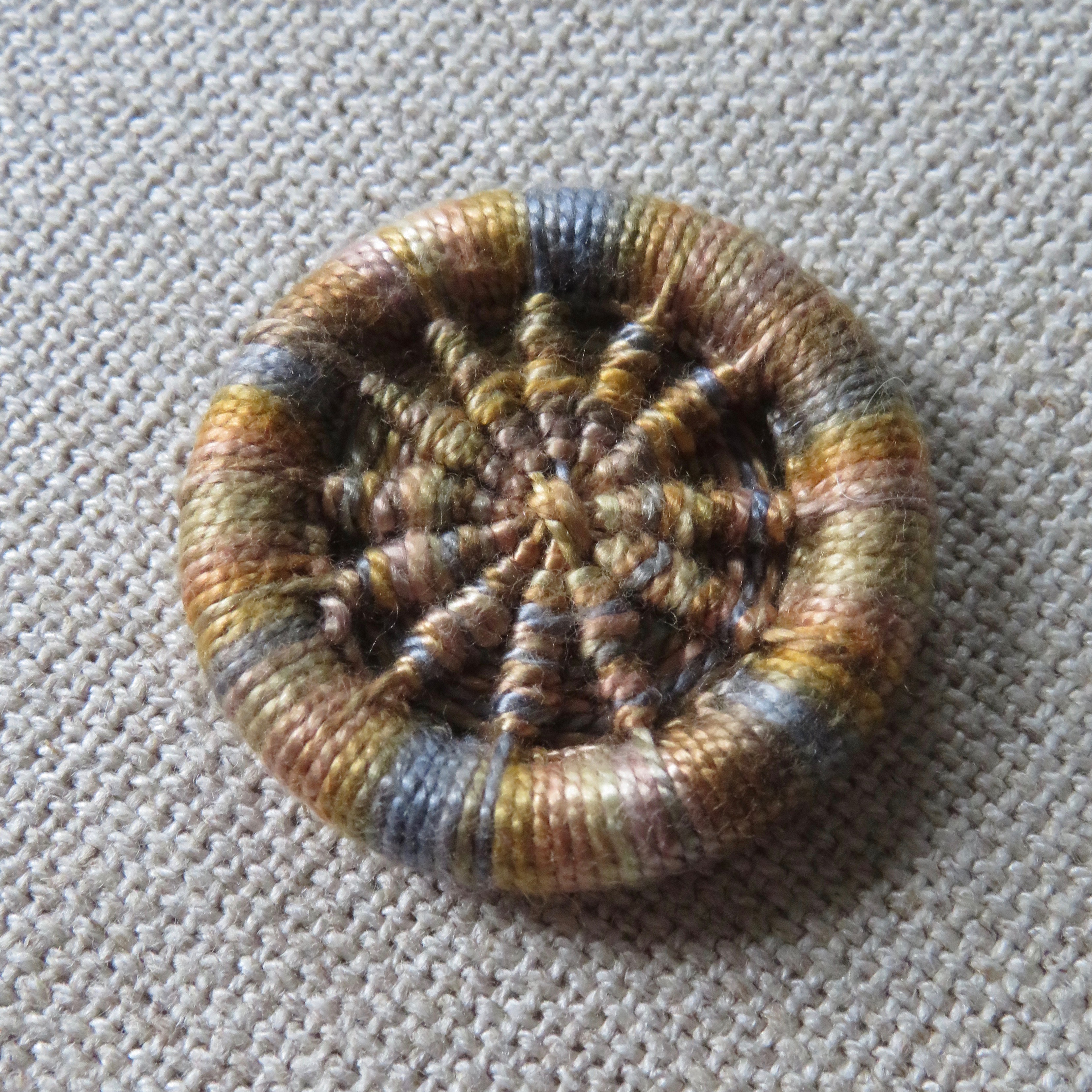 This one is a bit fancy with the spokes split into four groups of three for weaving. 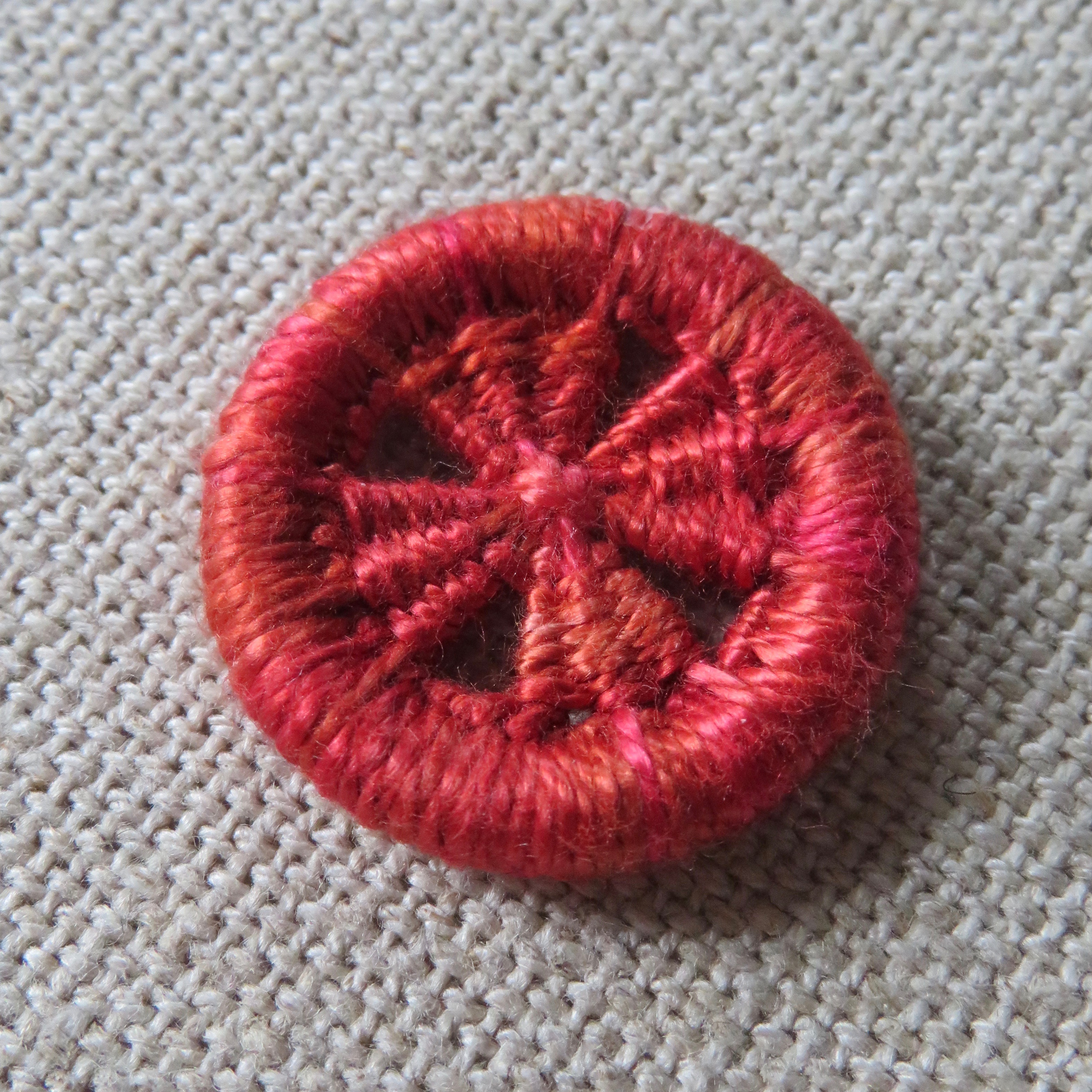 I changed things up with some linen thread to cover this 1″ circle, 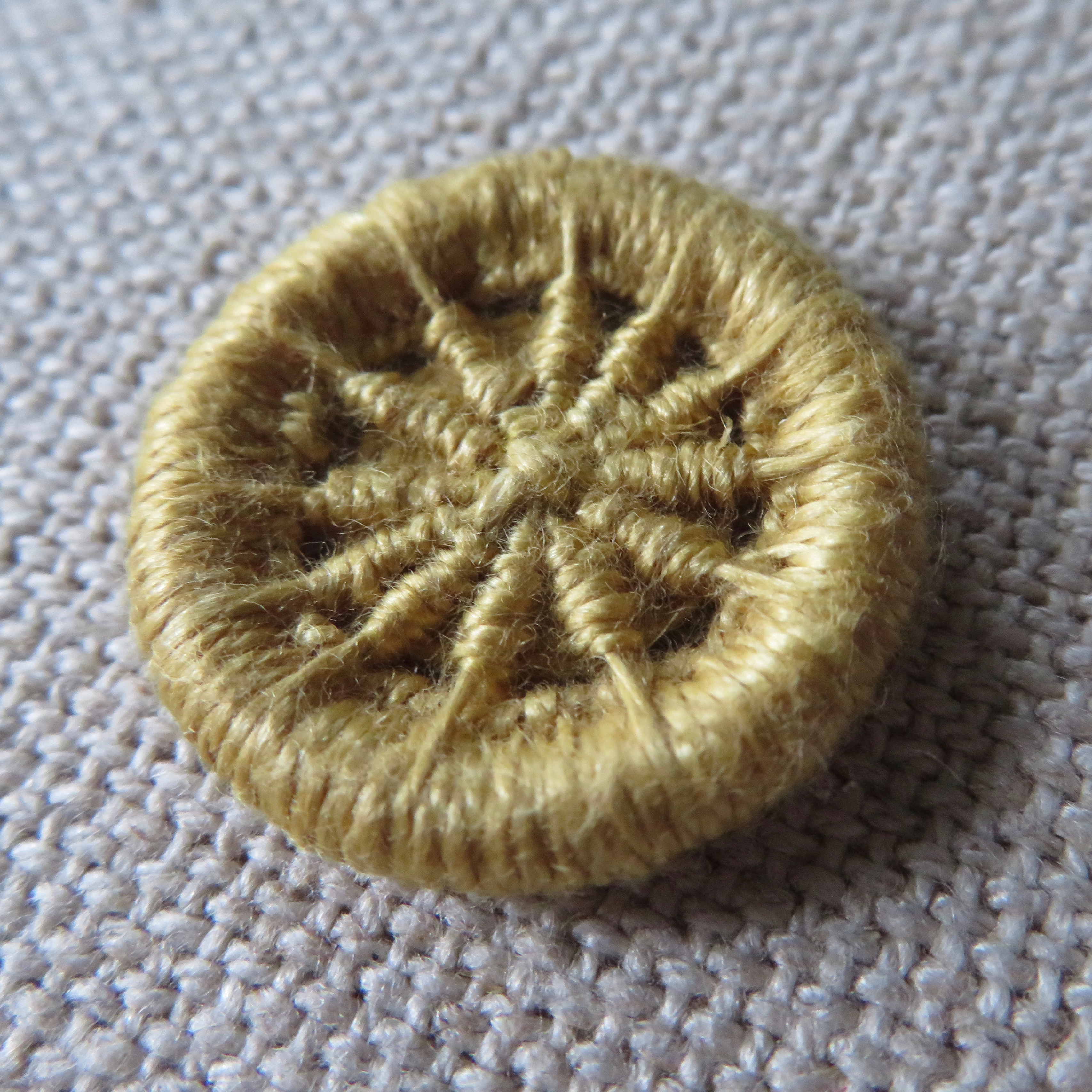 and I used some beads for this one. 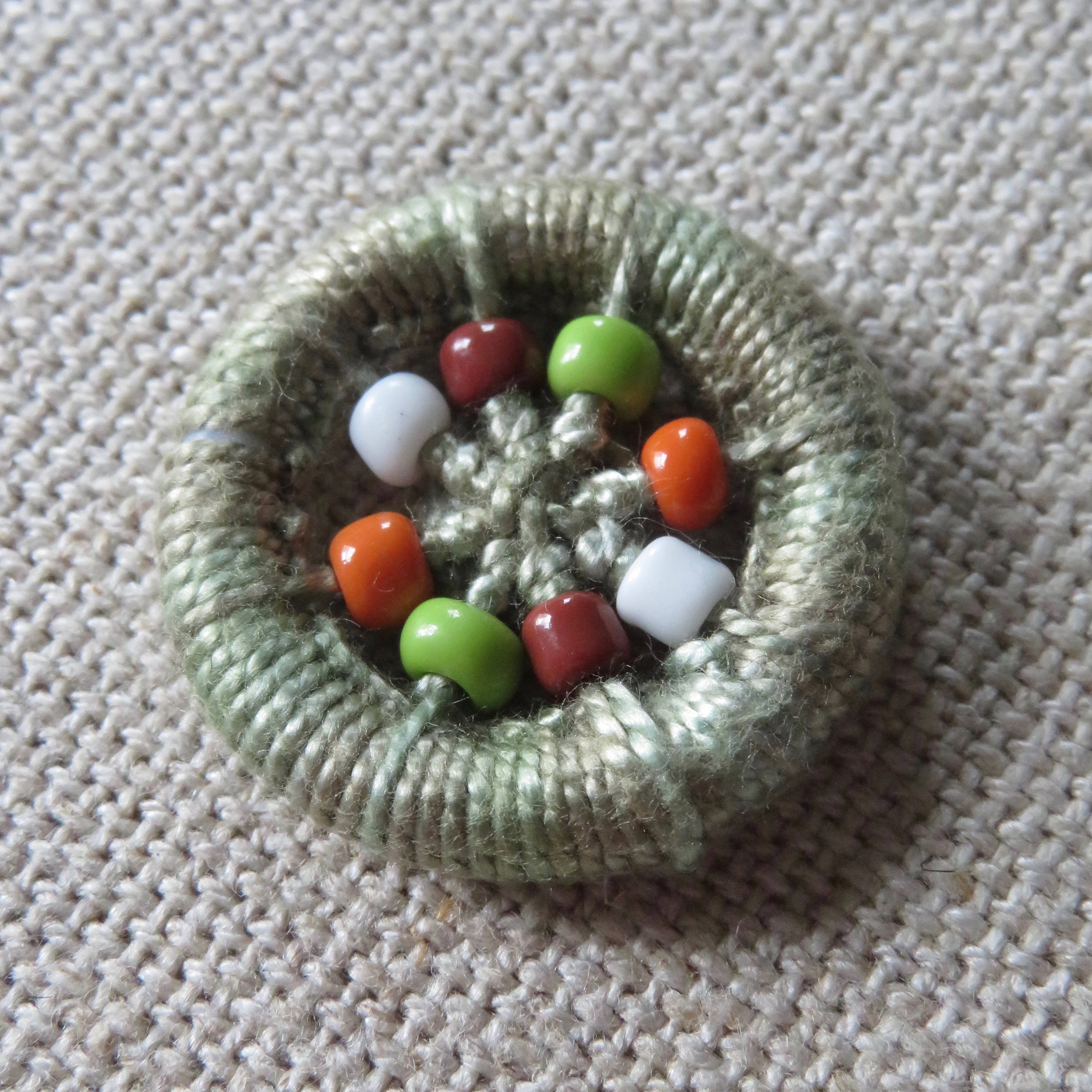 I’ve still got a bit of fine tuning to do on my technique but how about it? Anyone want to learn how to make a Dorset Button in the new year?

I think it would make a nice three hour class. There are some other, fancier and more decorative styles out there that we could include for the determined stitcher. Once mastered they can be used as functional buttons, added to your next piece of handwork as a dimensional focal point or even worn as jewelry (a brooch or pendant?).