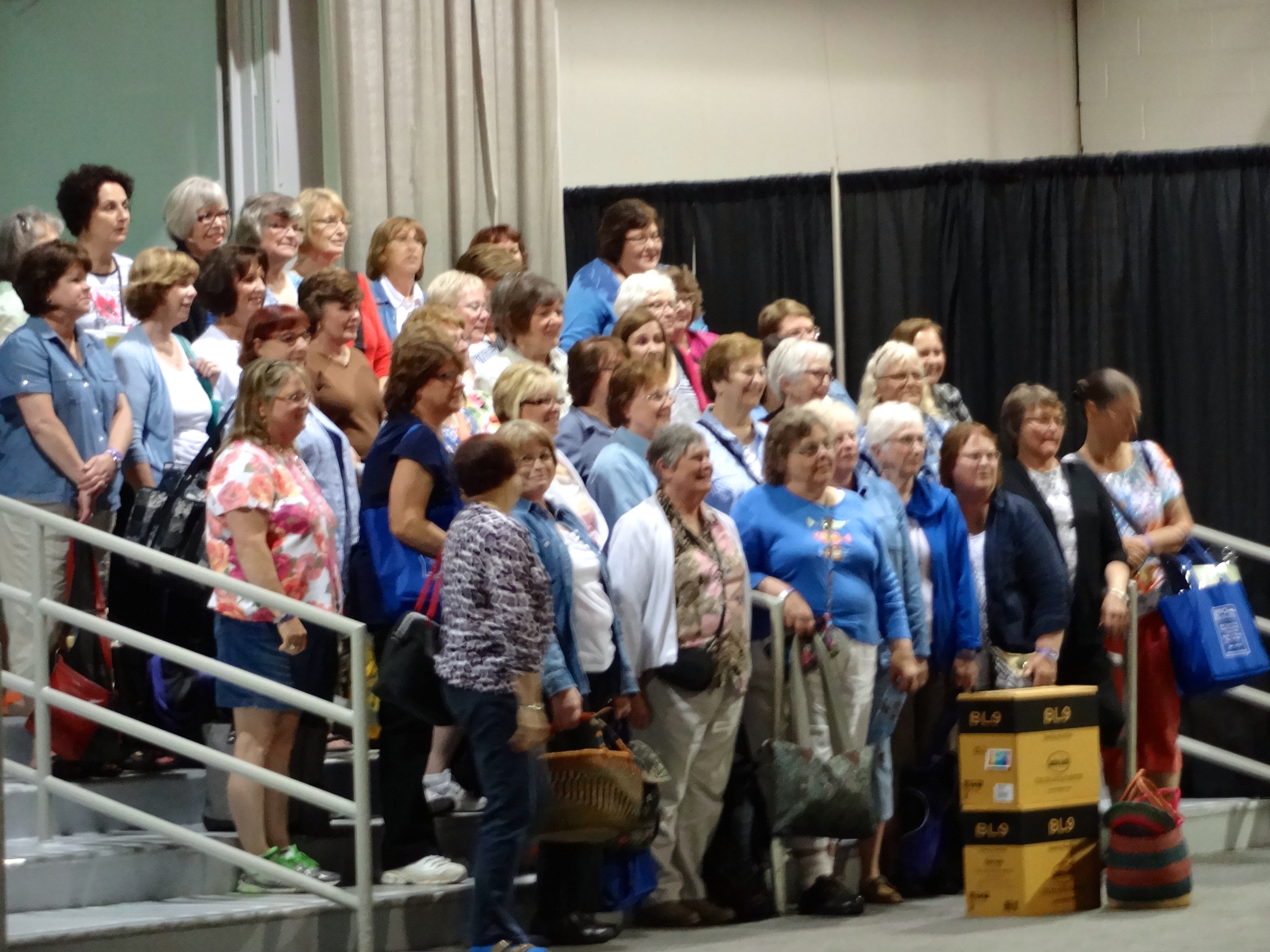 I started in Open Studios at ten with Modern Paper Piecing, Hexagons and Clamshells. Do you like the hand painted silk scarf I bought on Friday from A Stitch in Time? 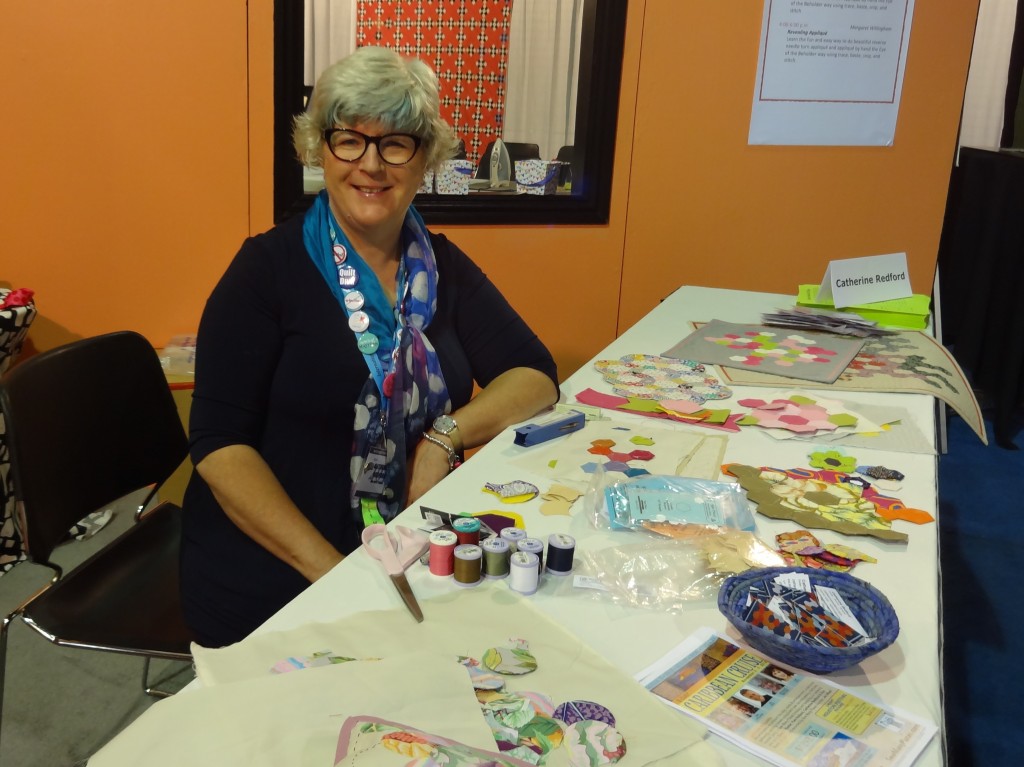 People seemed interested in my paper pieced projects and I had a crowd for most of the morning.

At one thirty it was time for my yo-yo flower pin class at Make It University. The general consensus of opinion was that Saturday’s crowd wanted to shop… I had five in my class to make yo-yos. 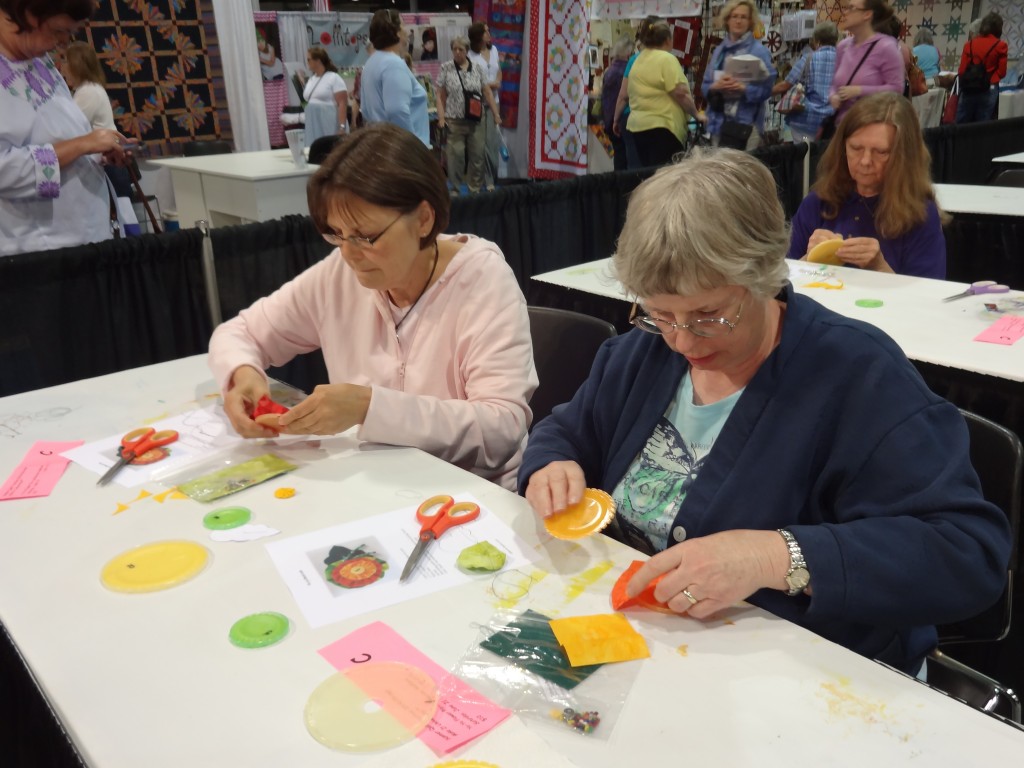 But we did have five completed pins at the end of the hour! 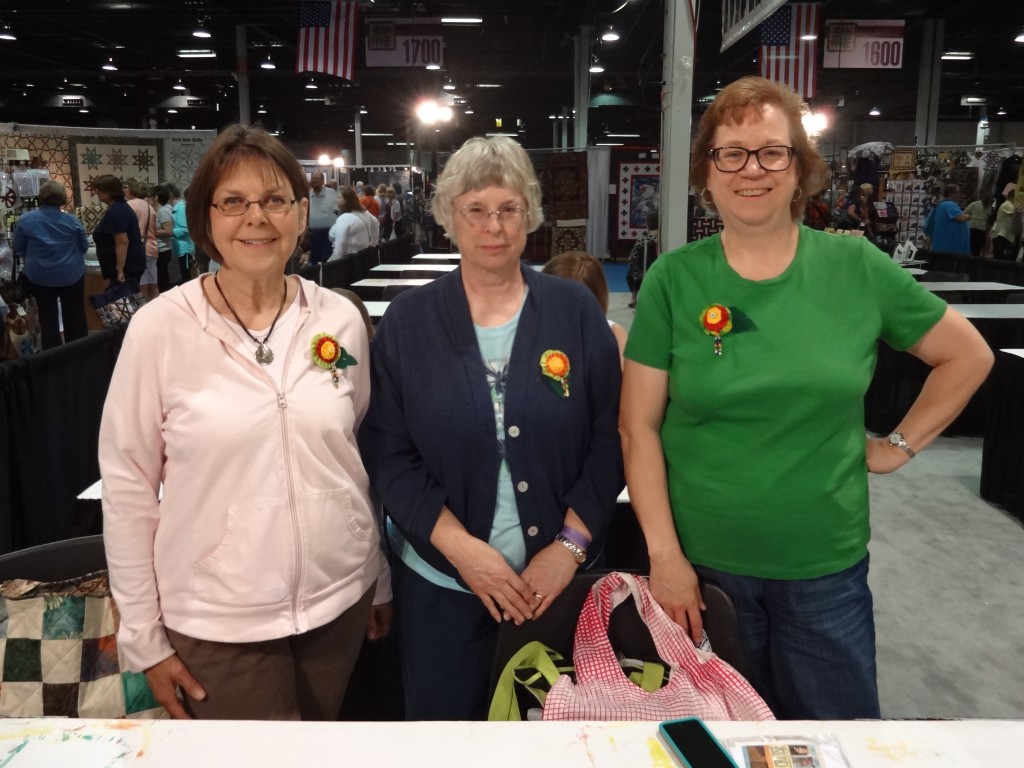 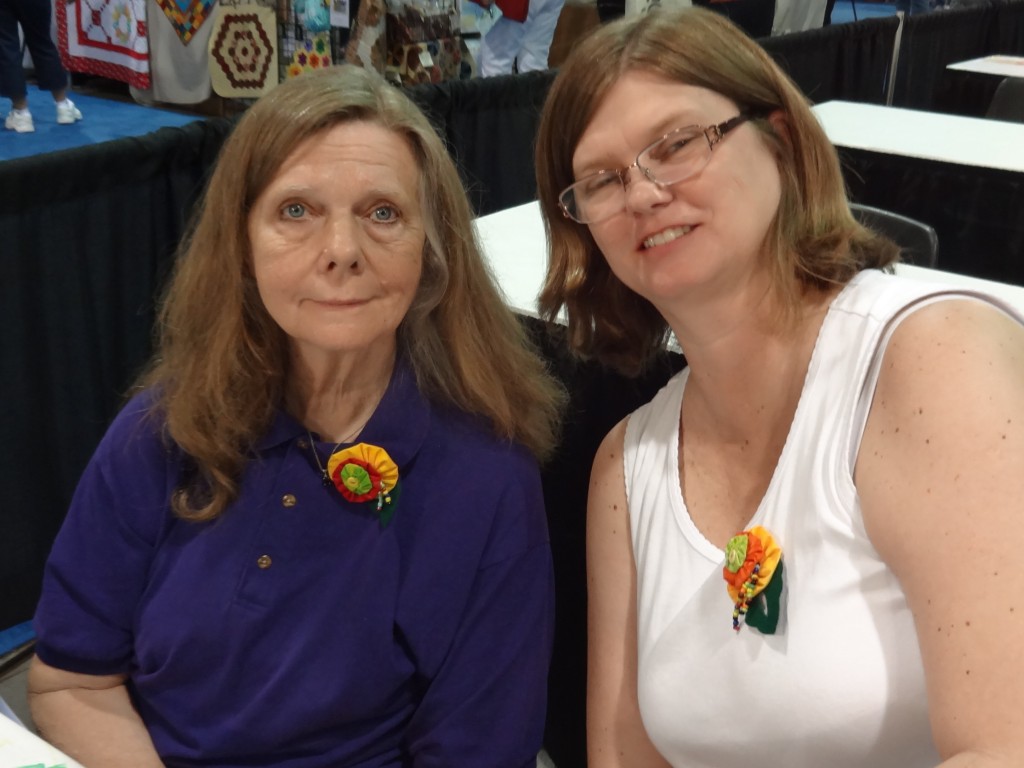 Next I met up with my friend Julia Wood for coffee (and a breakfast sandwich?) and much revived I determined to spend the last two hours of the show making sure I had seen everything!!

Kathie Herbach was working away in Open Studios and now I have an idea for a new quilt:) 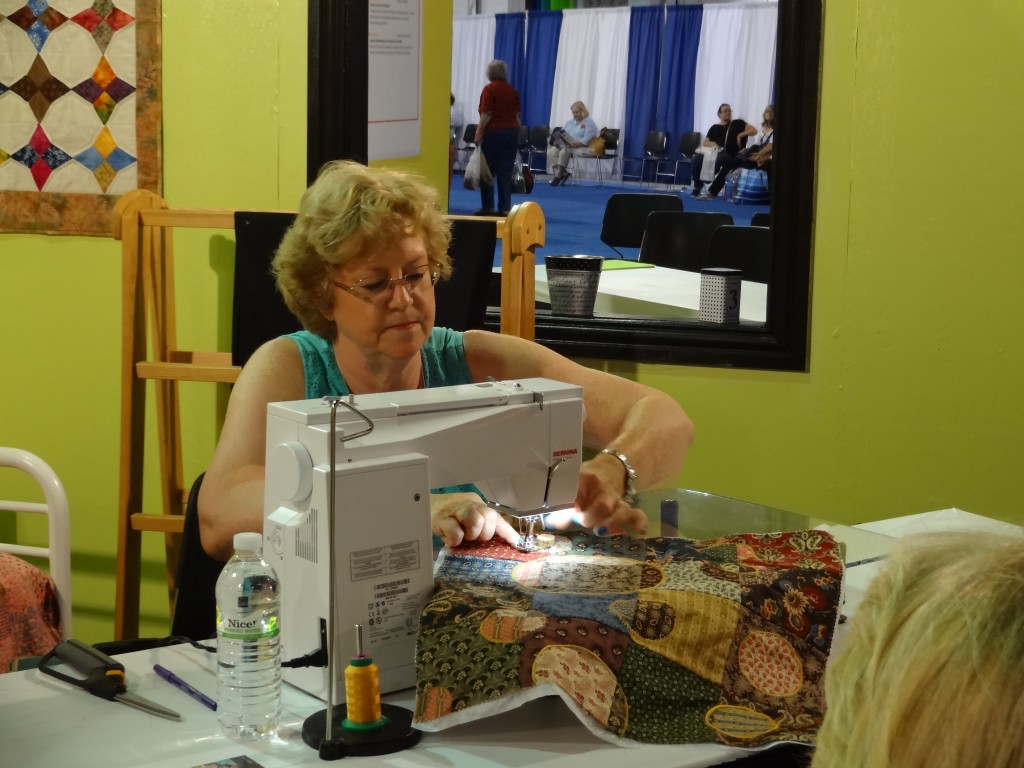 I met two ladies and their new sewing machines. They had had a great day. 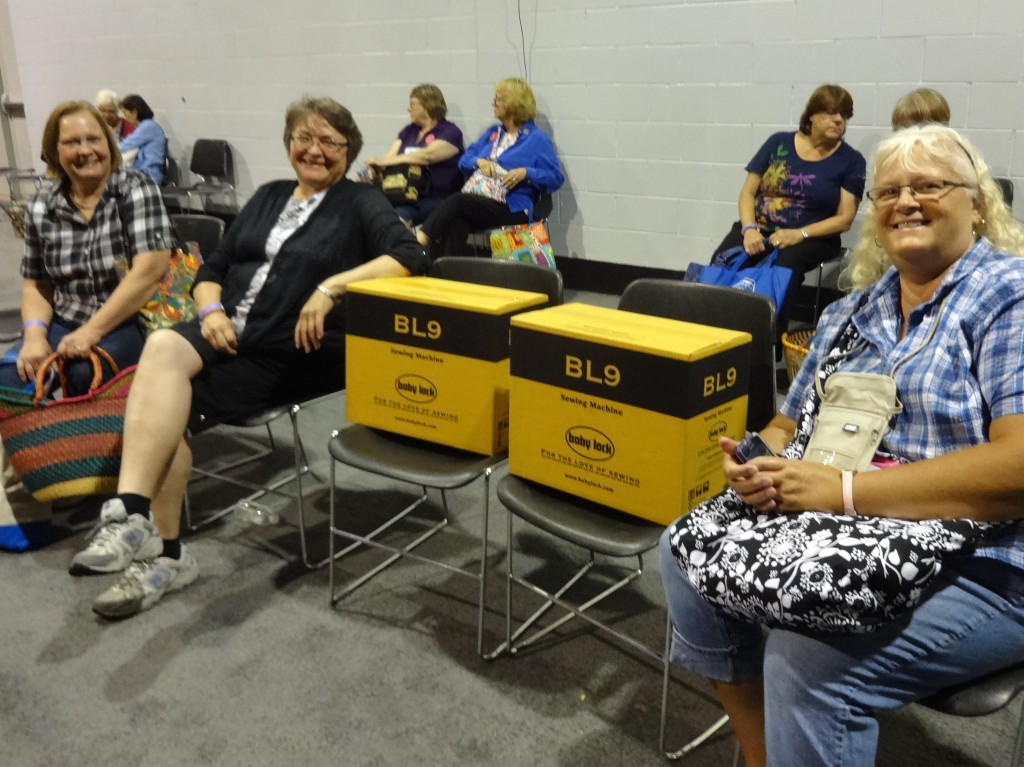 They had come on a coach from Wisconsin and a little later I saw them having a group picture taken, sewing machines in pride of place!

The show closed at six. I hung around and waited for the Naperville Modern Guild’s quilts to be taken down. It was about seven thirty before Cheryl and I were back on the road.

A great three days. I bought a few yards of fabric. Maybe I’ll have unpacked tomorrow and I’ll show you what I got! 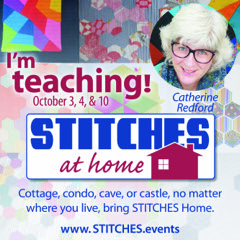 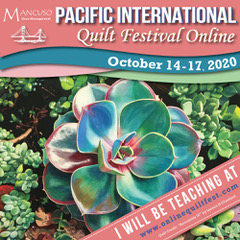