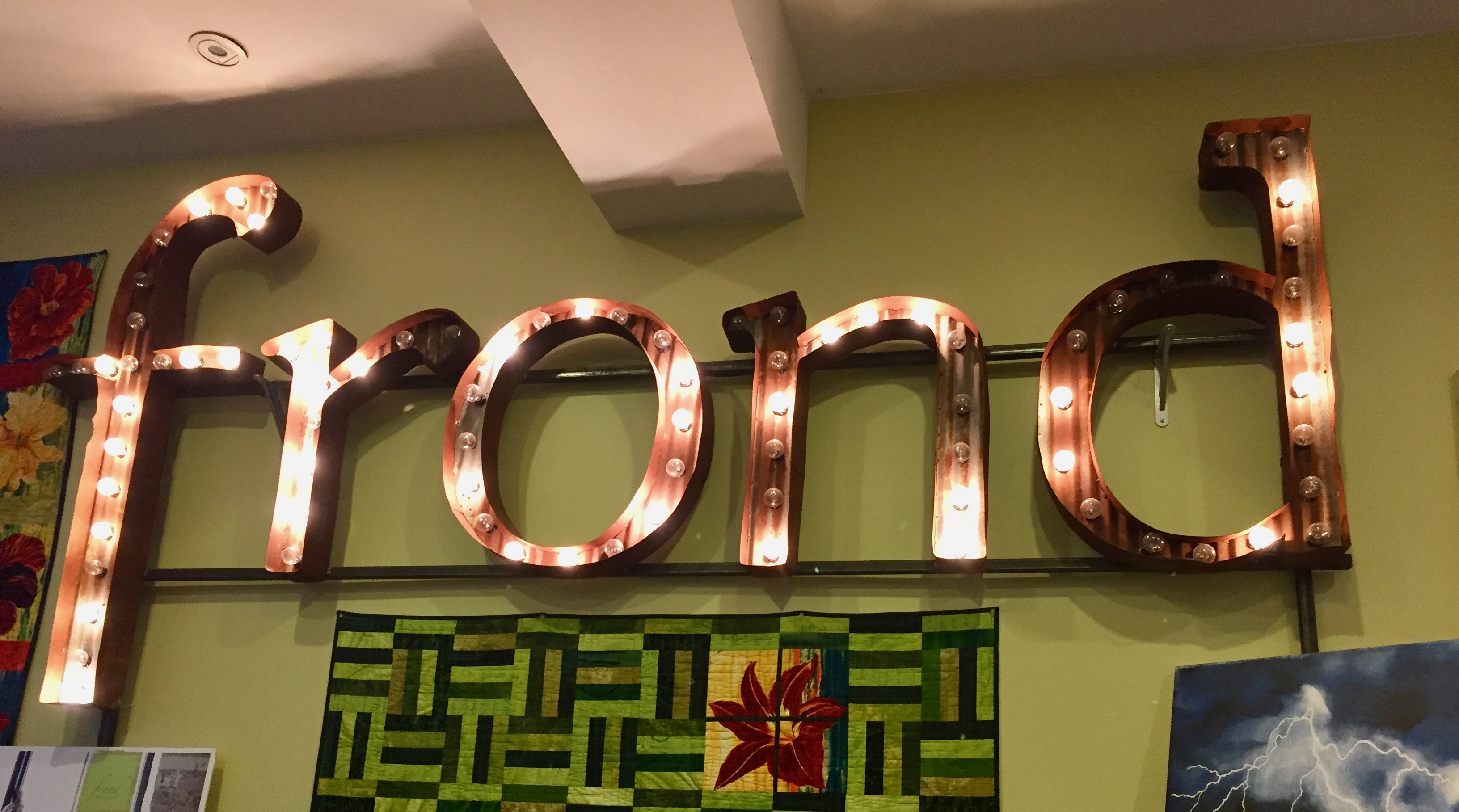 The Market floor opened on Friday morning at 9.30. After all the excitement of Sample Spree the night before I arrived at the Convention Center around 10. I was on the schedule for a book signing at 11 a.m. in the F+W booth, so I checked in there, and then set off to walk a few aisles and keep myself out of mischief until the appointed time.

After the dismal turnout at the Schoolhouse I wasn’t too sure what to expect when it came to a book signing, but the thought of free books did the trick. There was a nice little line. 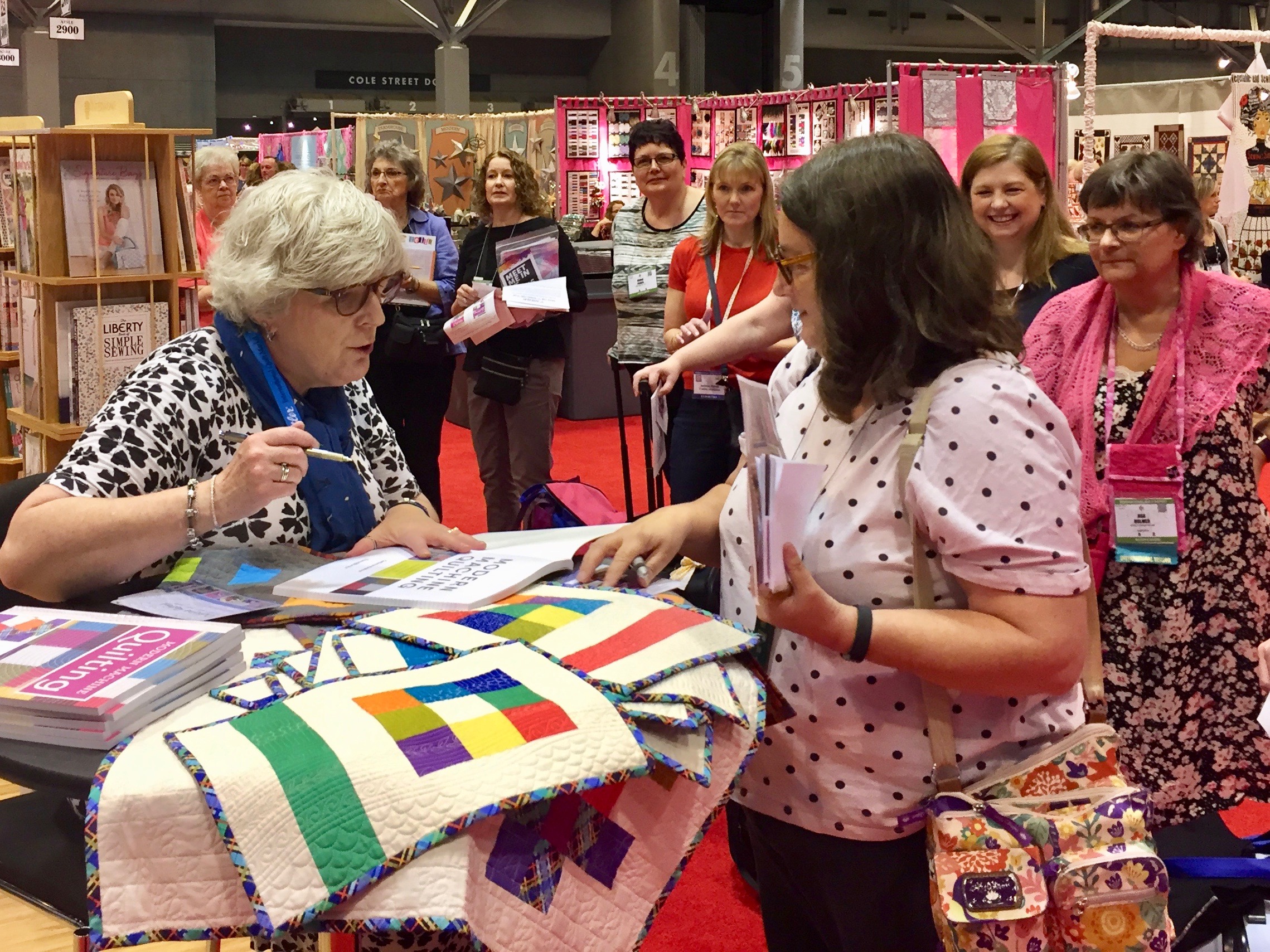 Some people want their name included, some just want a signature. I try and remember to check before I start defacing their books! 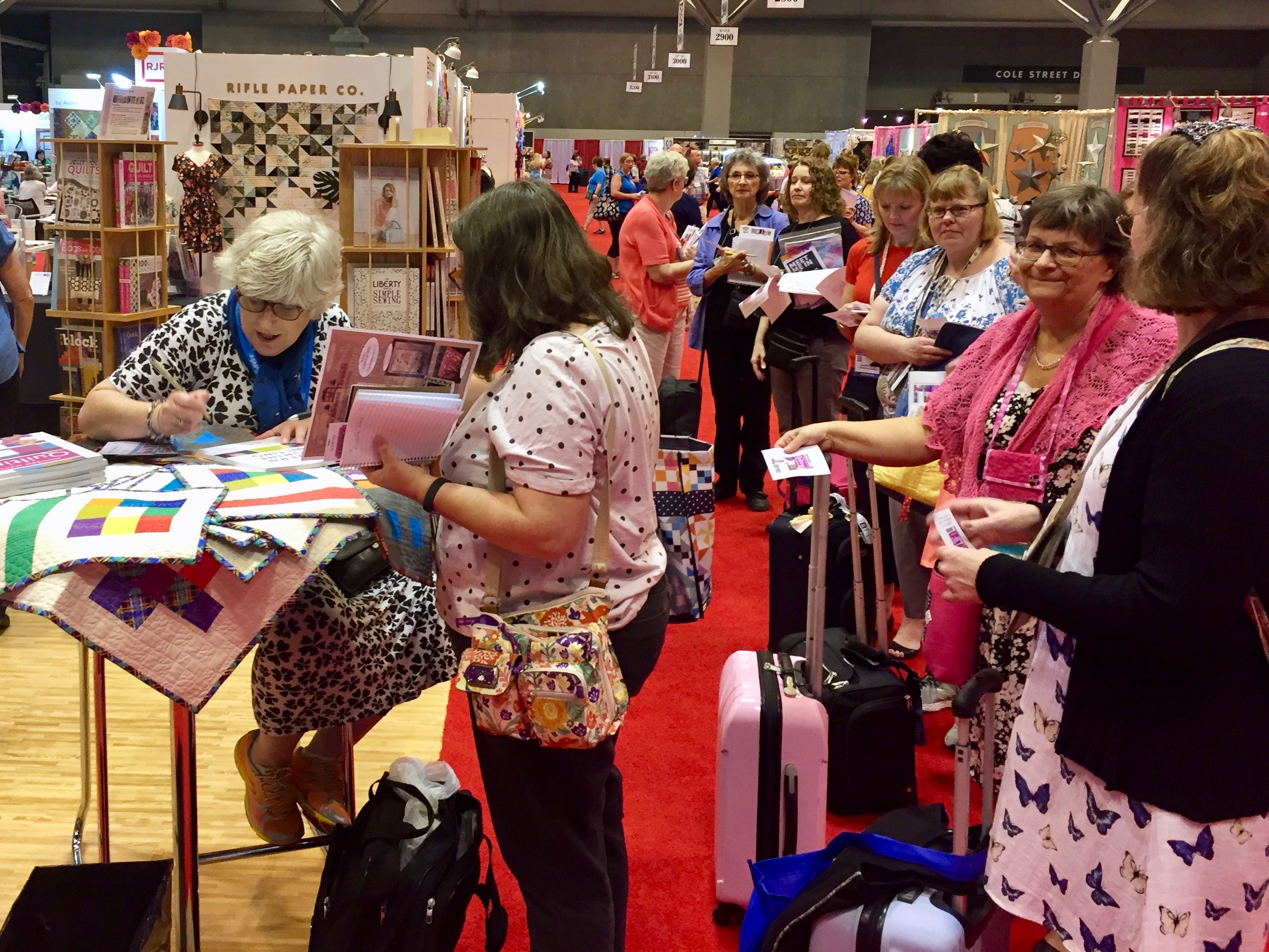 Half an hour later, twenty one copies of Modern Machine Quilting given away to new homes, I was all done and free to roam again.

I ran into Jemima, talking to Suzy. Photo opportunity? 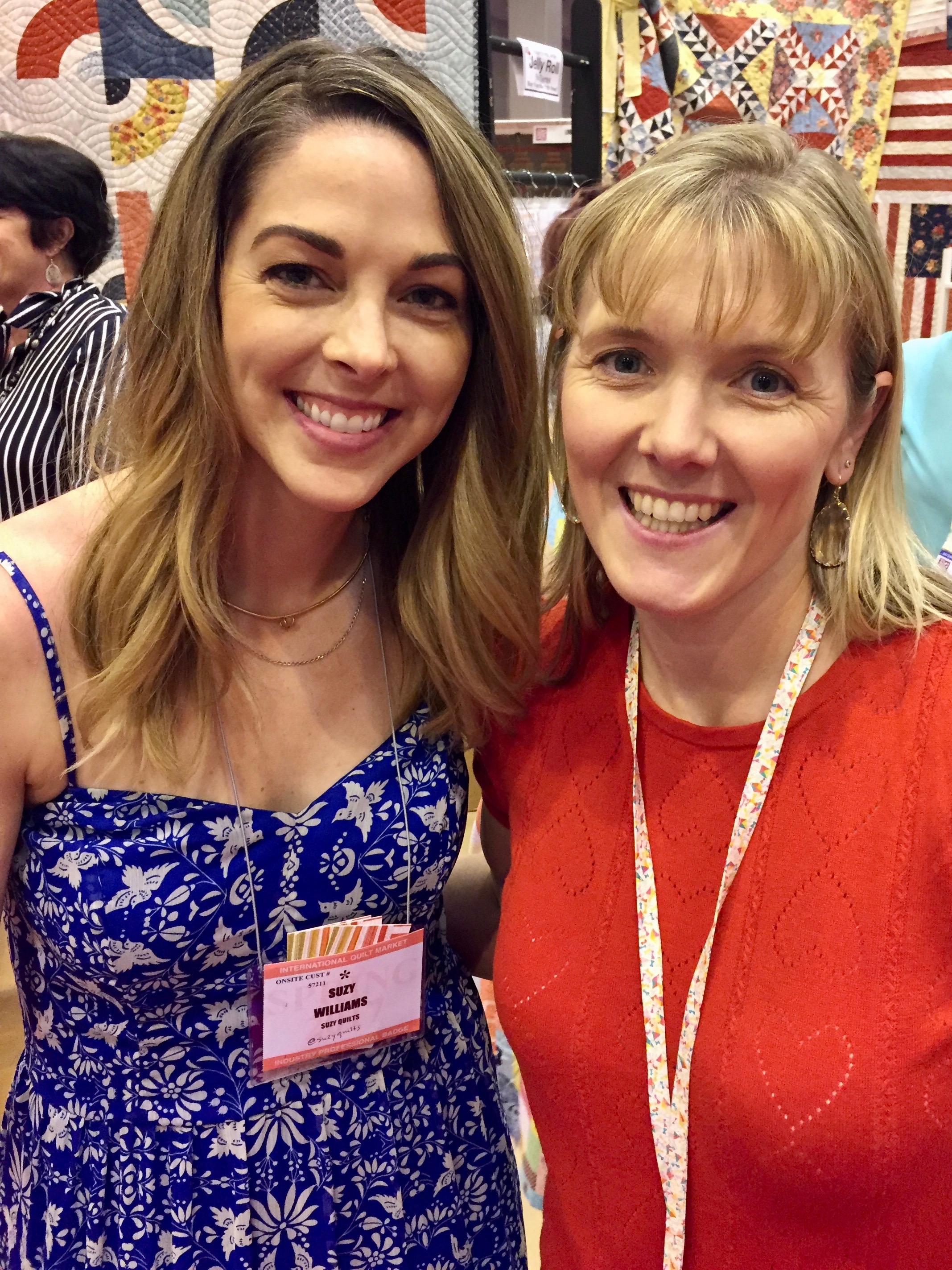 Lots more wandering, some shopping, and lots of talking…

I had an adventure planned for the evening so I went back to the hotel to unpack my purchases and sit a while. It took me a couple of attempts to get the barrier to rise at the parking garage but I managed in the end and set off in the direction of Delve MIY  in West Groves.

I found it! The GPS helped, especially getting on to the highway near the Convention Center. Friday rush hour traffic was in a hurry to get where it wanted to go. It did not need one more dithering car on the road!

Such a pretty storefront. 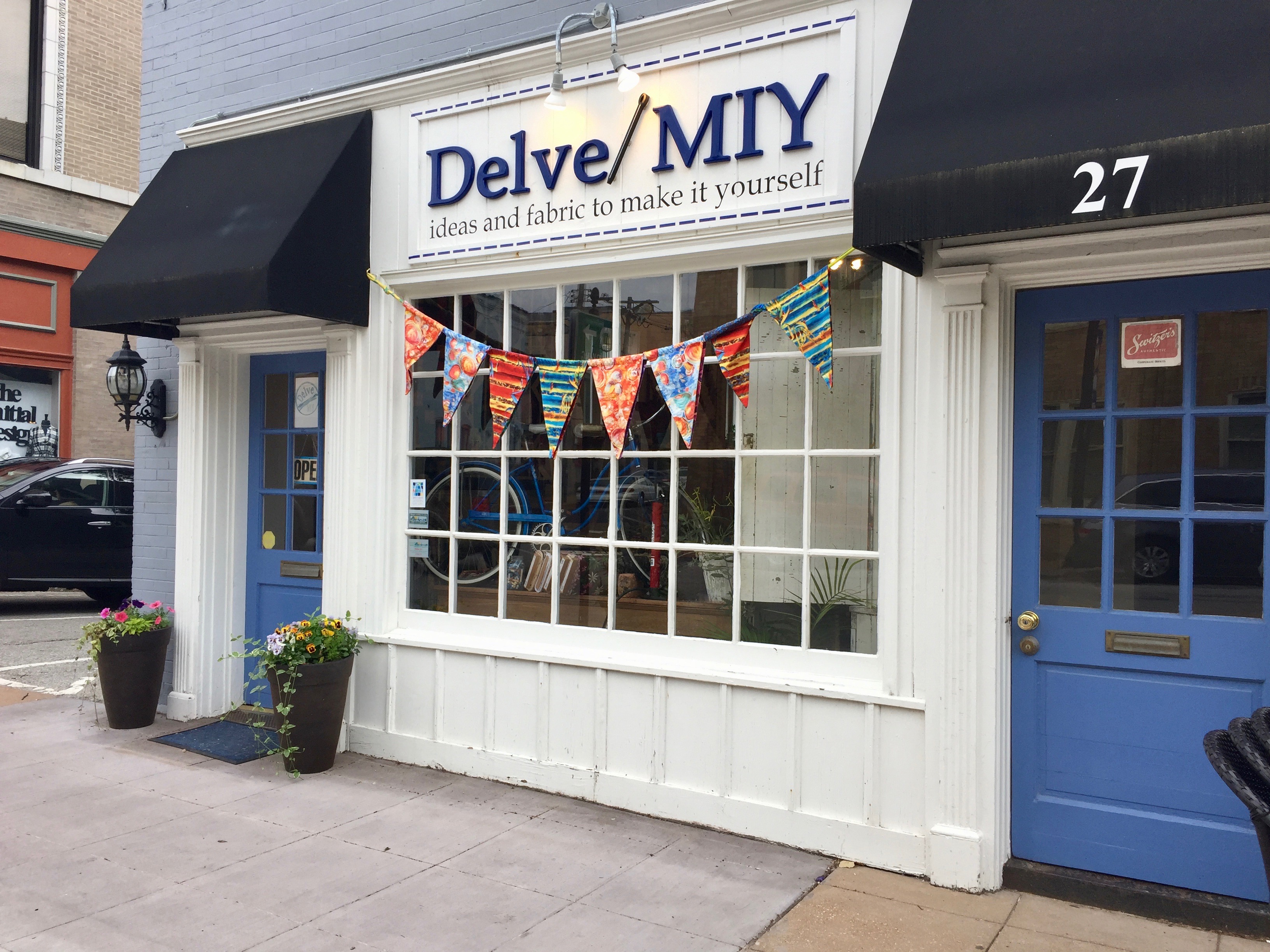 Attractive displays wherever you looked. 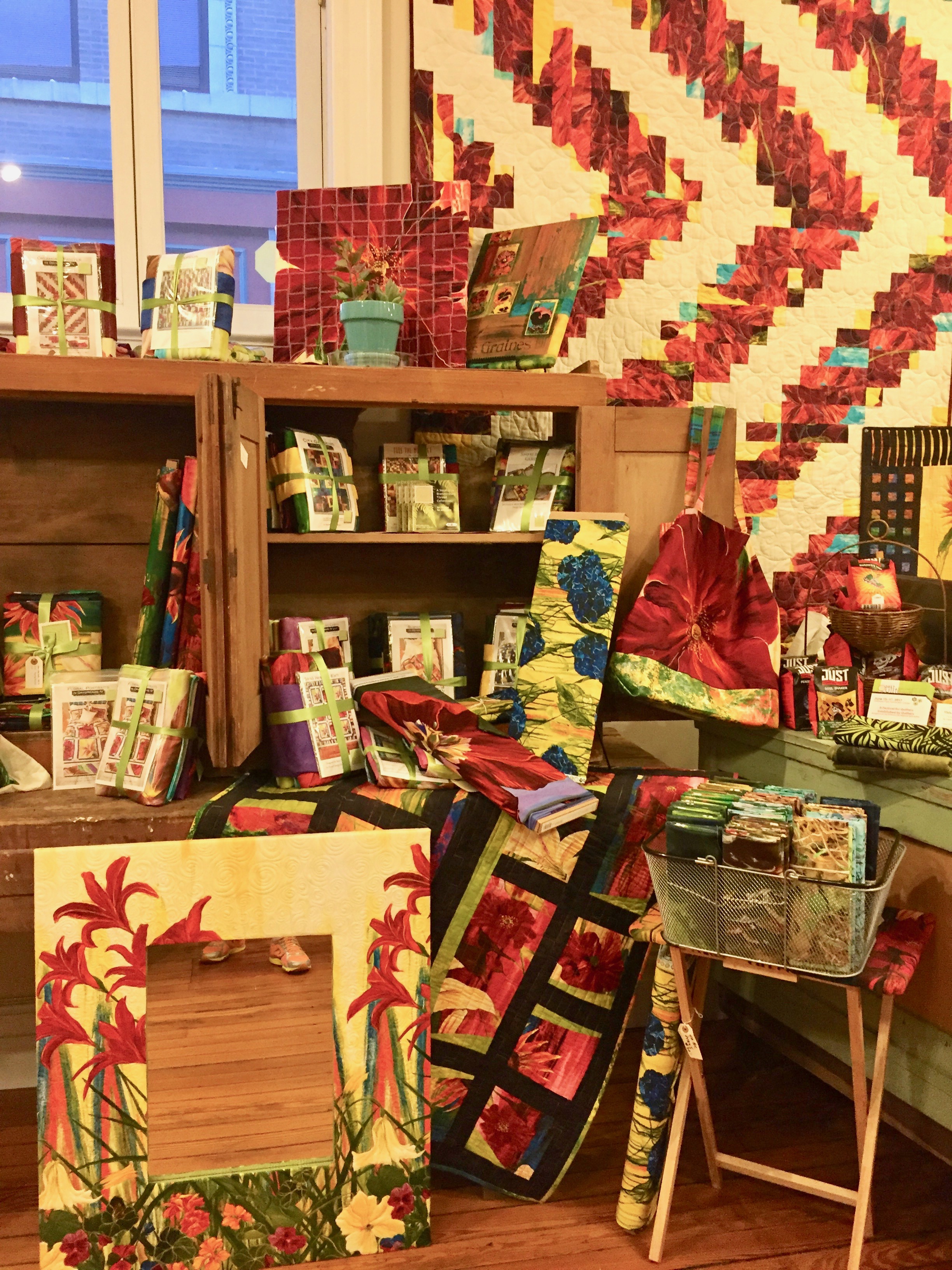 Why not have a bicycle in the front window? 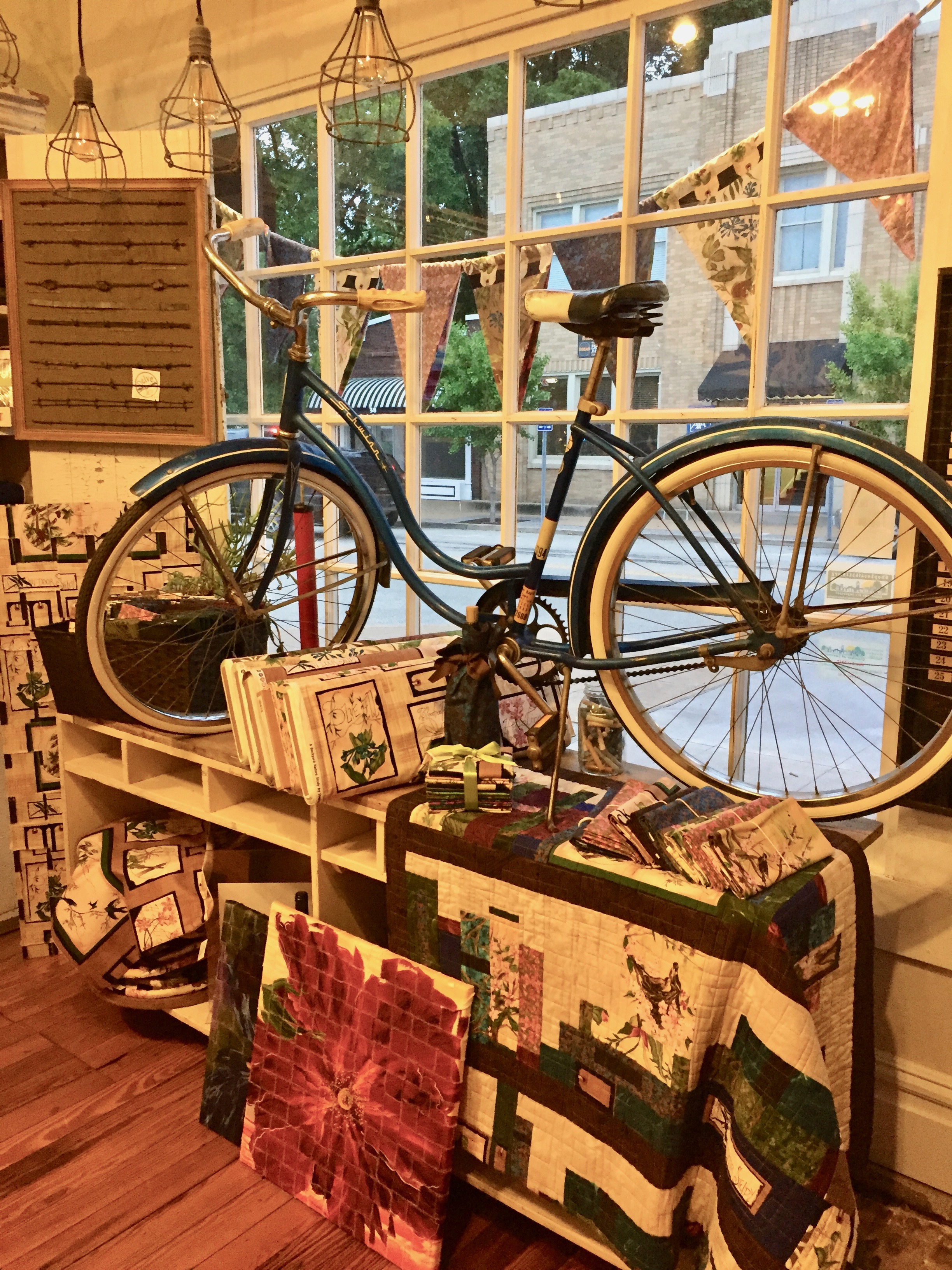 It was lovely to spend a couple of hours with Stephanie, Melissa and all the Frond people in such beautiful surroundings.

I’m writing my post from the work room at the Stitchers Gathering hosted by Peace and Appliqué quilt shop. I’m running a few days behind. We spent the day with an introduction to Folk Art Embroidery. We’ll be sewing again tomorrow.

No time to rest just yet!