Skip to content
Home > Quilting > “The journey of a thousand miles…

“The journey of a thousand miles…

… begins with tying my shoelaces” ?

Of course Lao Tzu famously said it “begins with the first step” but what if he hadn’t stopped to tie his shoelaces first?

I”ve been back from Quilt Market for a week and I’ve got lots of plans that involve walking a whole long way but it’s been like I’ve been tying my shoe laces all week.

I talked to many people at Market who gave me all sorts of advice. I feel like it’s worth finding out what those who have travelled the road before me have to say about it. They’ve worked out which shoes work, figuratively speaking, and worn them in too!

How about “You need to start with 22 chicks if you want ten chickens”? (Thanks Kaye England!)

Not everything I try is going to work out. I’ve proved that one true over the last few months. But ten chickens is quite enough for anyone… That’s dozens of eggs!

So, what does “tying my shoe laces” look like?

Well, it started with trying out some threads from Wonderfil to see which one I might like to use in my English Paper Piecing classes. 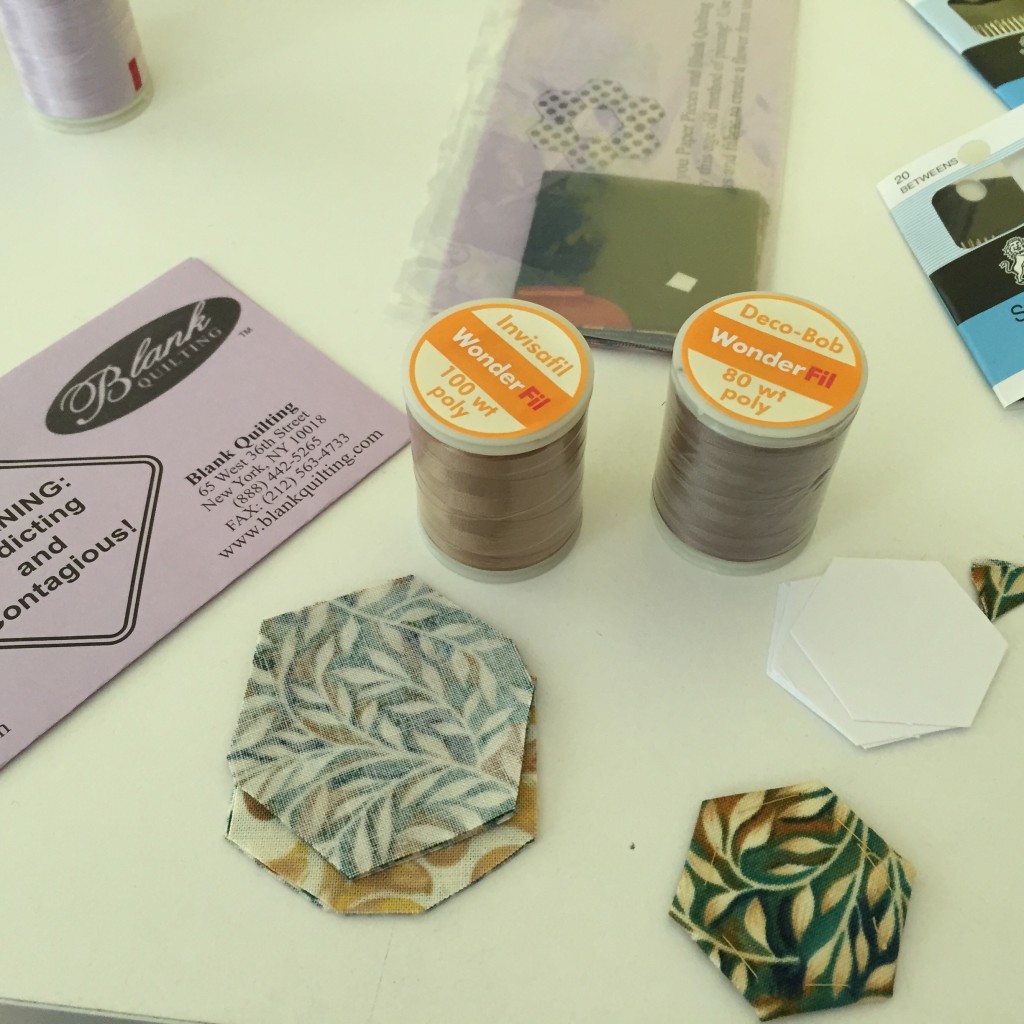 (Both cottonized polyester, we’re going with 100wt Invisafil for almost invisible stitching and no slipping)

I moved onto selecting fabrics for a project (or two) 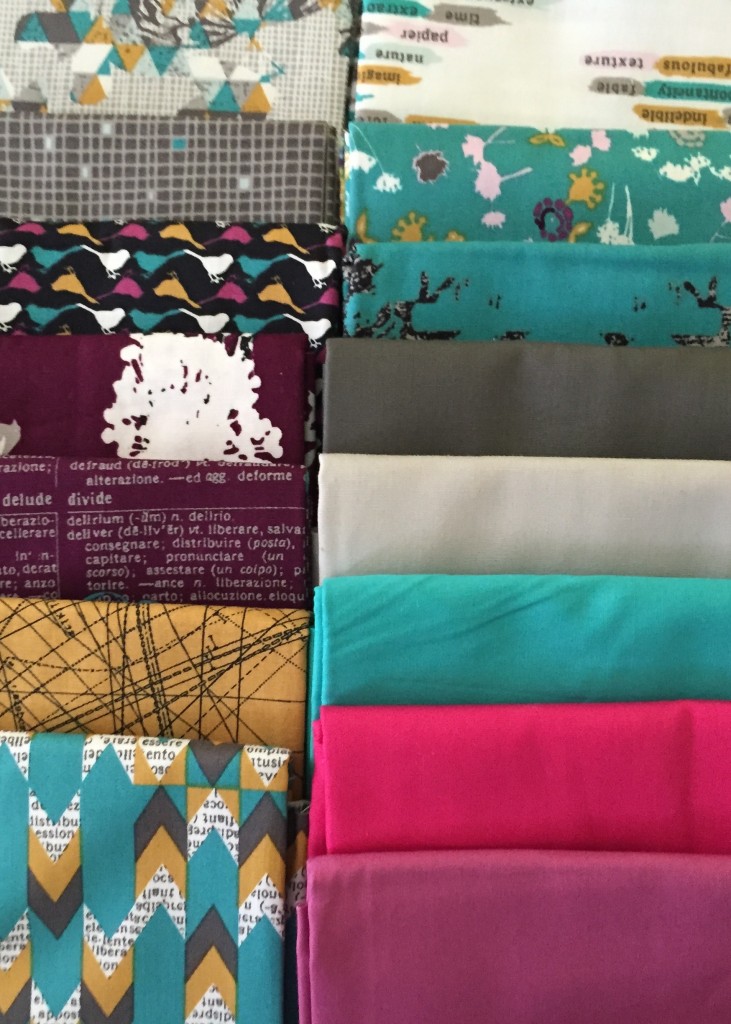 I experimented with an idea I had, stitching on my trusty BERNINA of course!

Some of the fabric became flying geese, made four at at time with my Flying Goose ruler from Quilt in A Day. 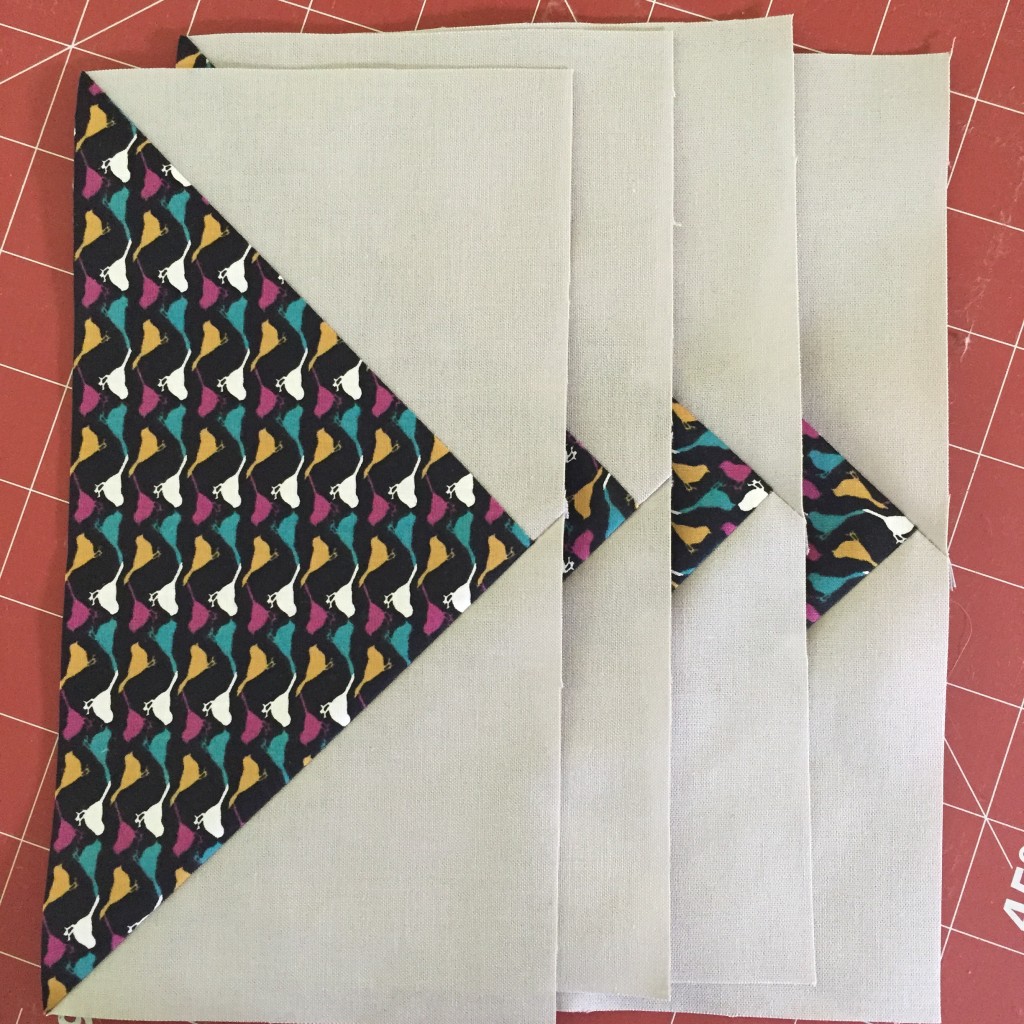 I used some of the geese to make a quilt top. Quilt coming soon!

I basted a panel from Frond Design Studios and started some free motion quilting. 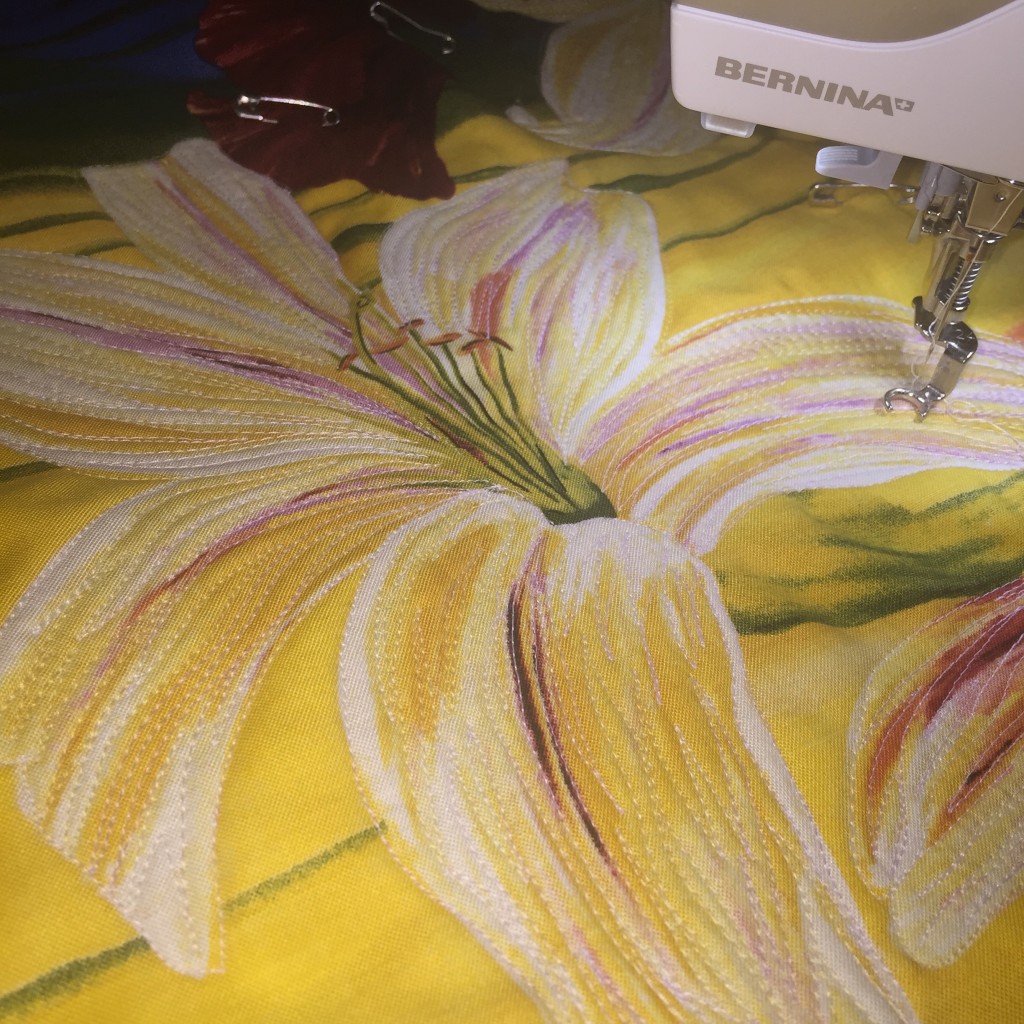 And I cut batting and backing squares for kits to take to the Muscatine Melon Patchers in Iowa on Thursday. 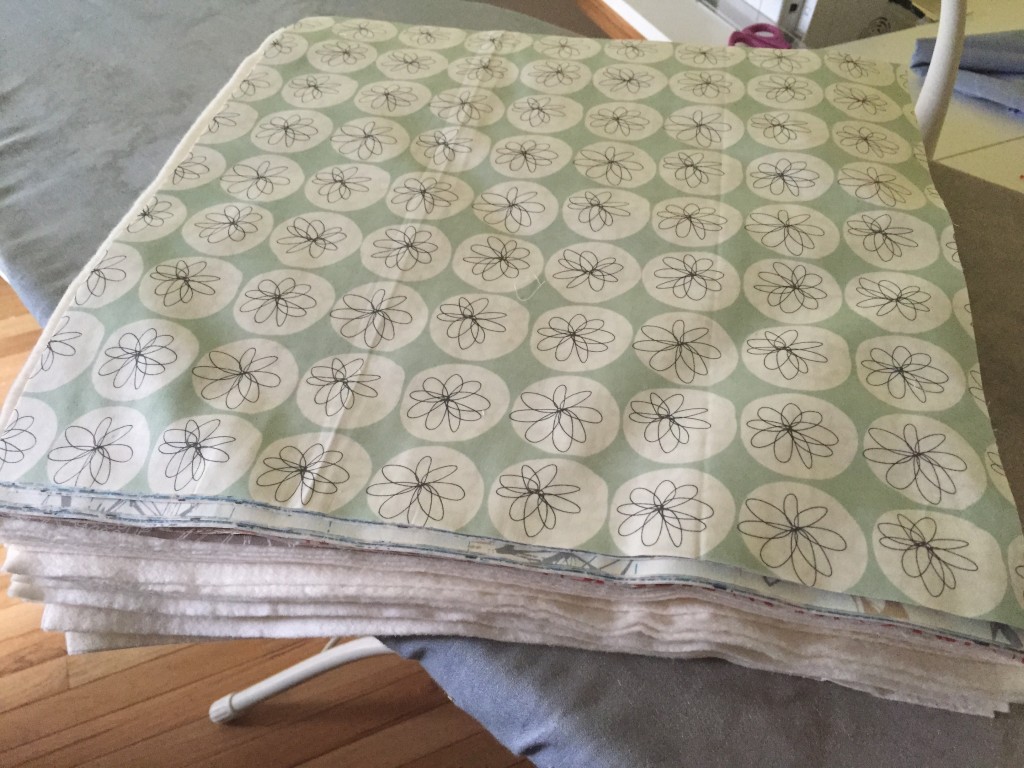 It’s hard to take a picture of all the phone calls and time at the computer but that was there too.

Lots of preparation needs to be completed before any successful journey. Last week was spent in preparation. We’ll see what this week brings…