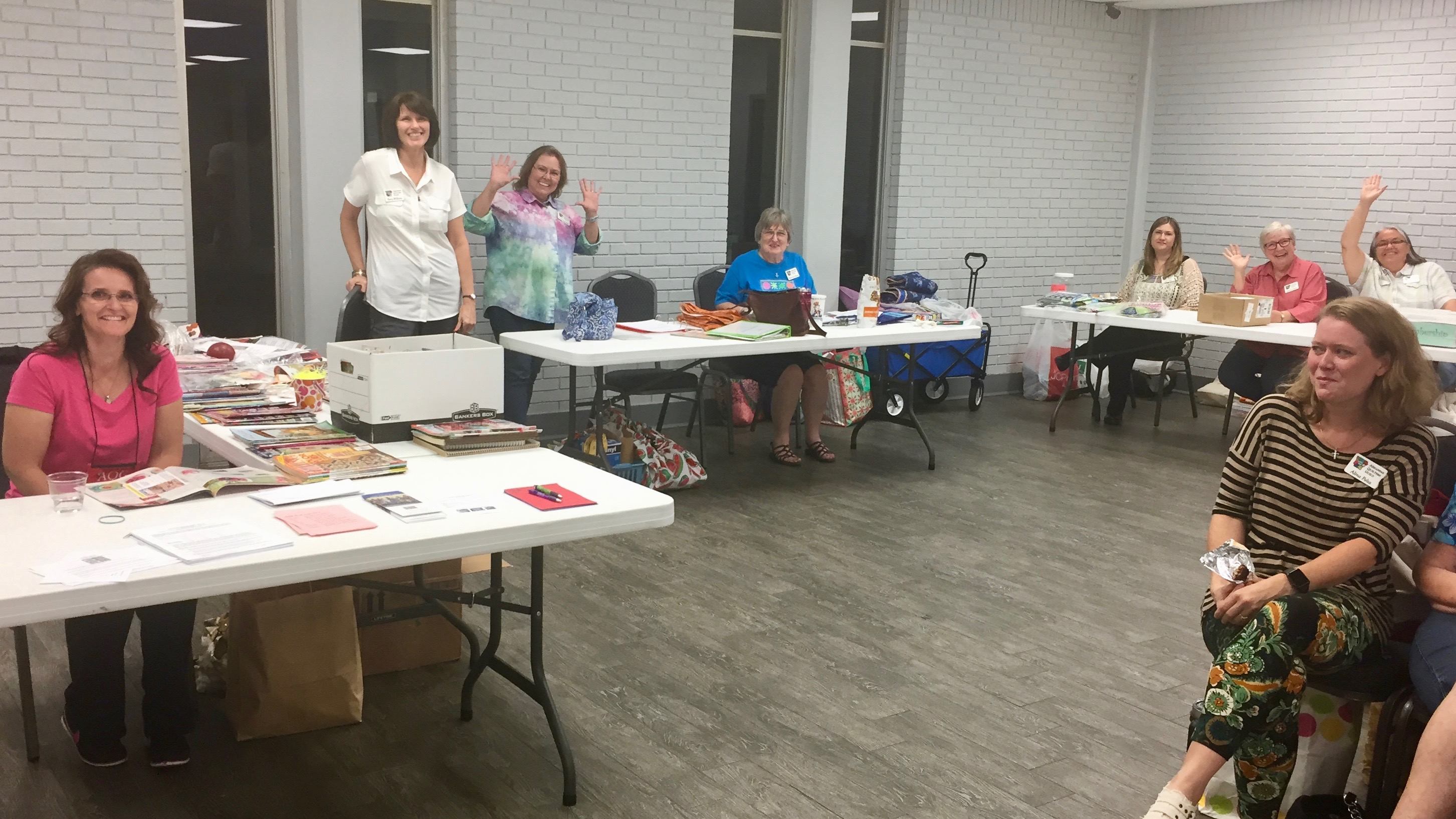 I am not in Arkansas any more!

I checked out of my hotel at 6 AM this morning for an early flight to O’Hare airport where I have been sitting for almost three hours… I’ve made inroads on some paperwork with a deadline, uploaded all my photographs and now it’s time to catch up on my blog.

Yesterday morning I had time to do my laundry before Meg came to pick me up for the day’s adventure. I have been into Little Rock before so we had decided on a couple of new places for me to explore.

First up was the State’s Capitol Building. It was finished in 1915, way over budget and a few years late. You can read more over at the Secretary of State’s website if you are so inclined. 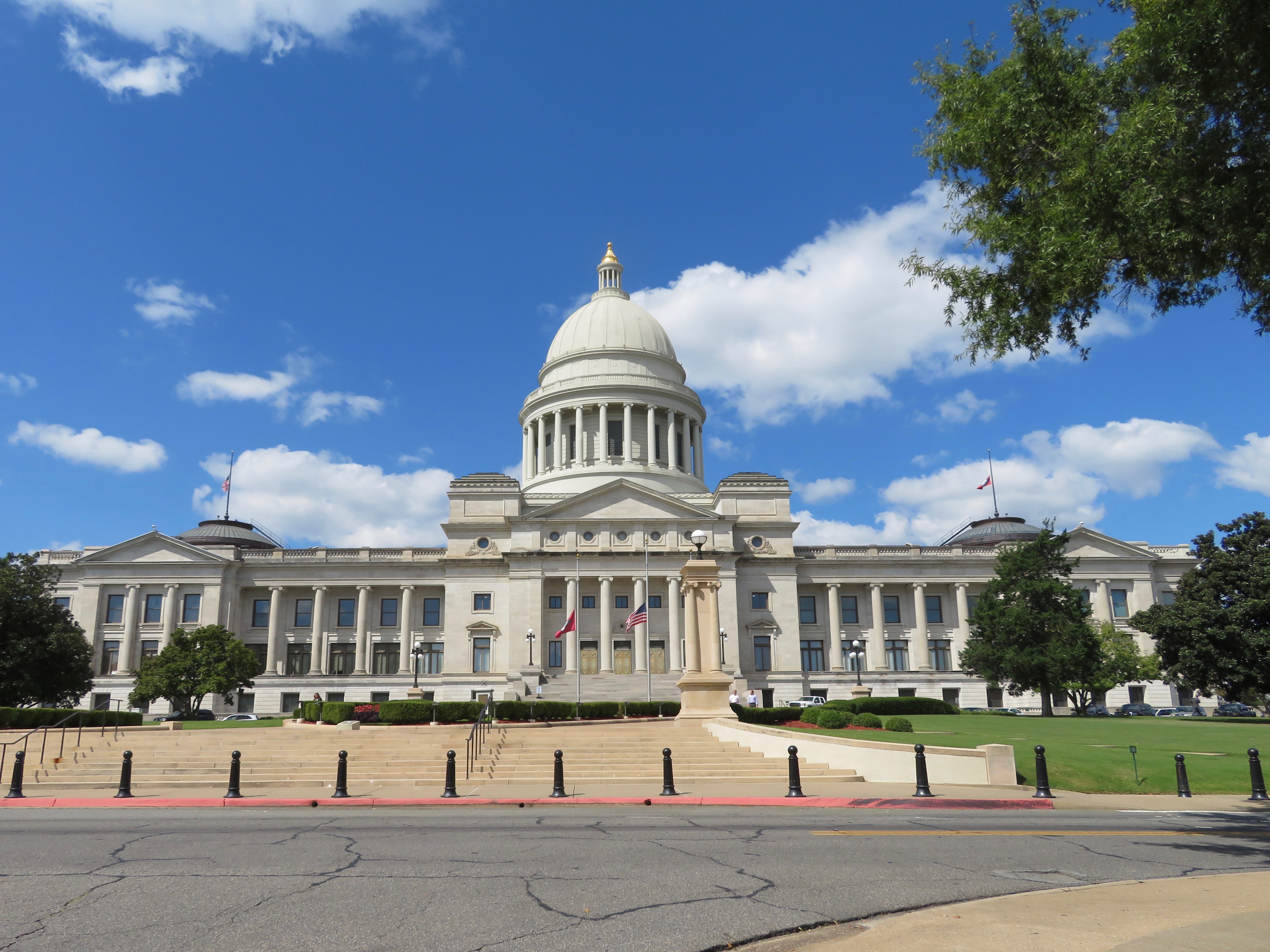 The dome is magnificent, inside and out. 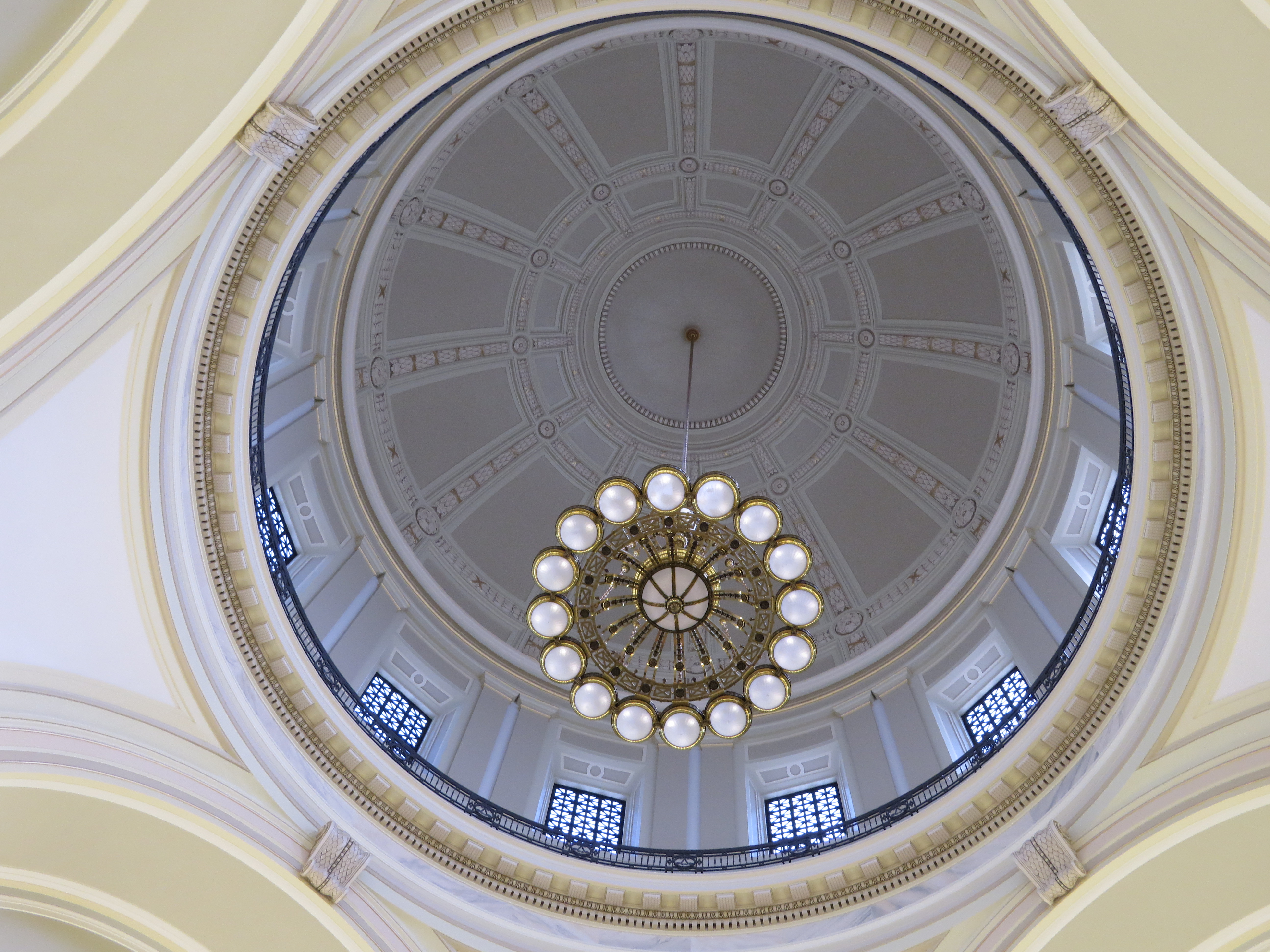 The grand staircase came from Alabama. 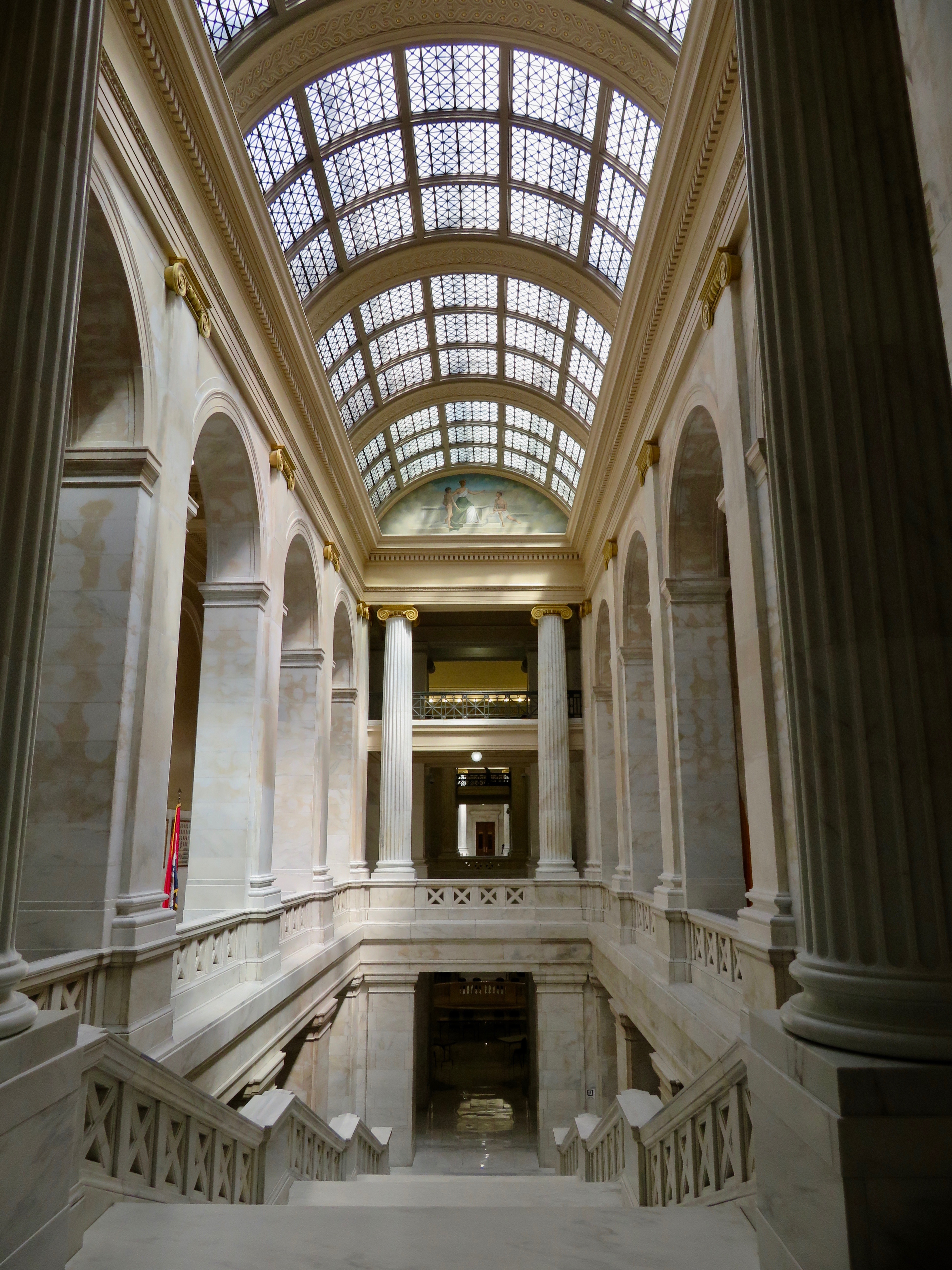 It was built to last! 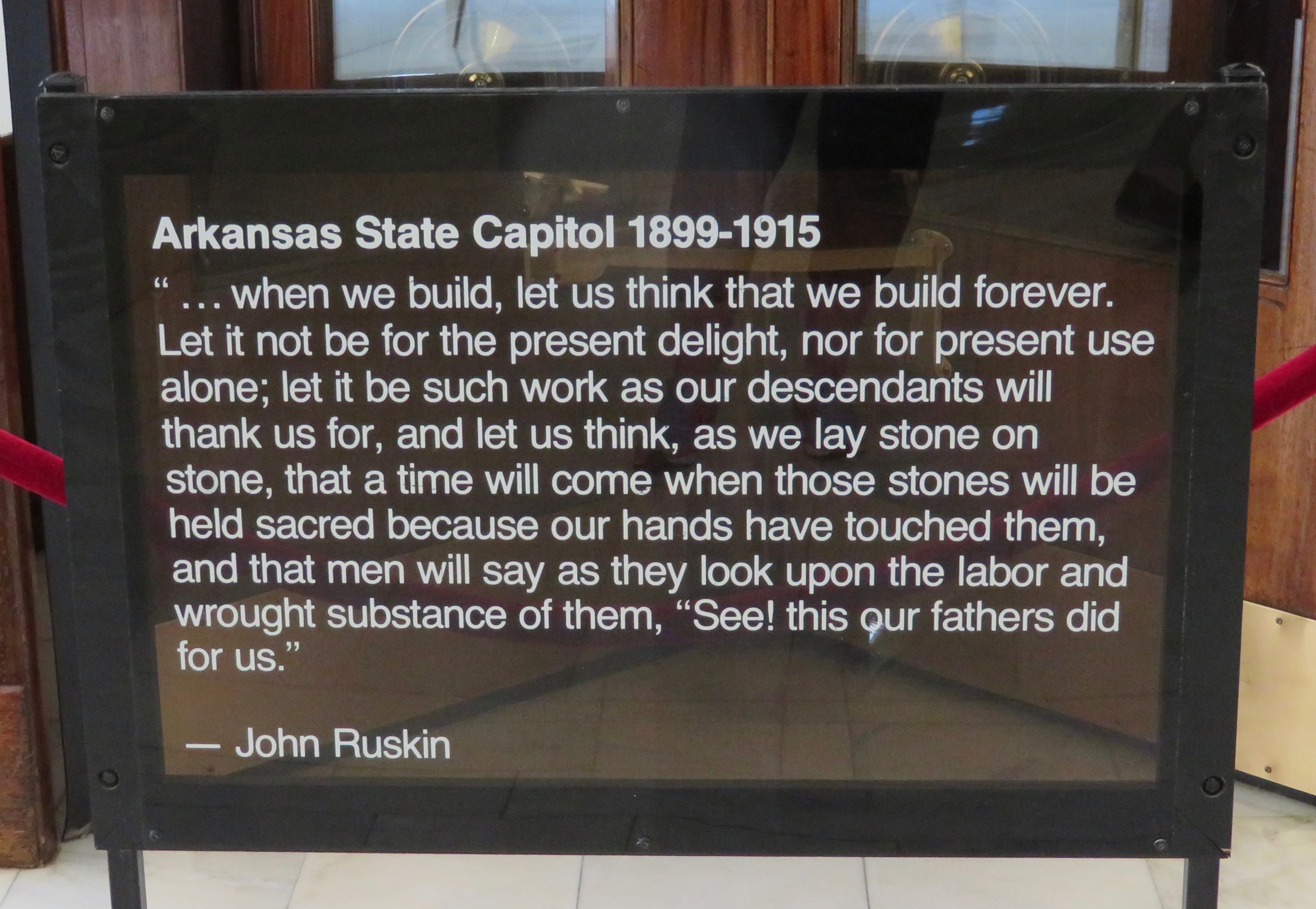 From those sublime thoughts to… 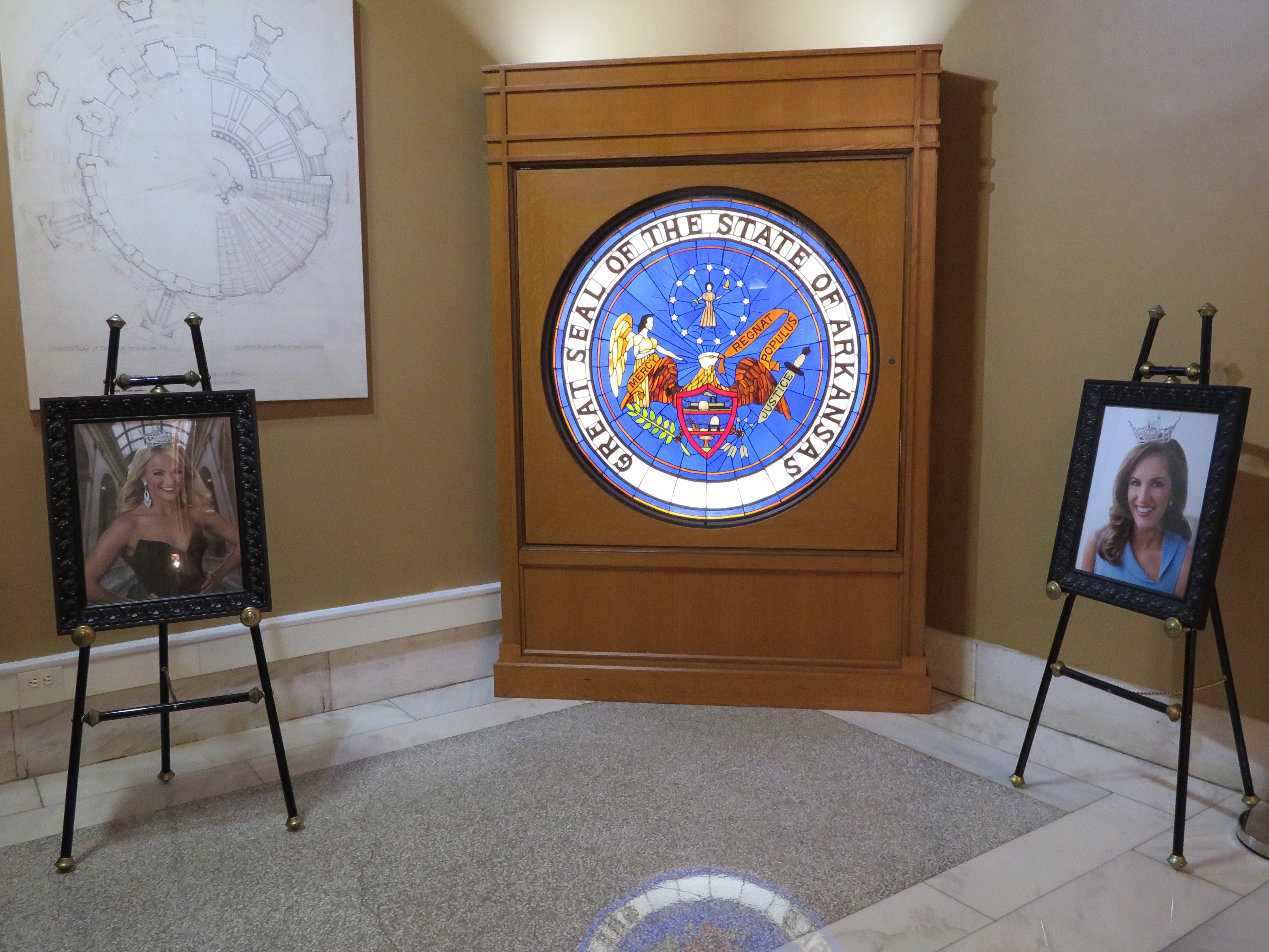 On the left is Savvy Shields, Miss Arkansas 2016 who was also Miss America until just this last weekend. On the right is the current Miss Arkansas, Maggie Benton. I was very impressed that Meg knew their names. I do not know who is Miss Illinois and am wondering if there is a display honoring her at our Capitol building in Springfield?

We’d had a good look around. Time for a wander in the sun. I was still enjoying my camera. For all my camera shake and using the zoom lens I got some good pictures of the butterflies. Here’s a Monarch on the Lantana flowers. 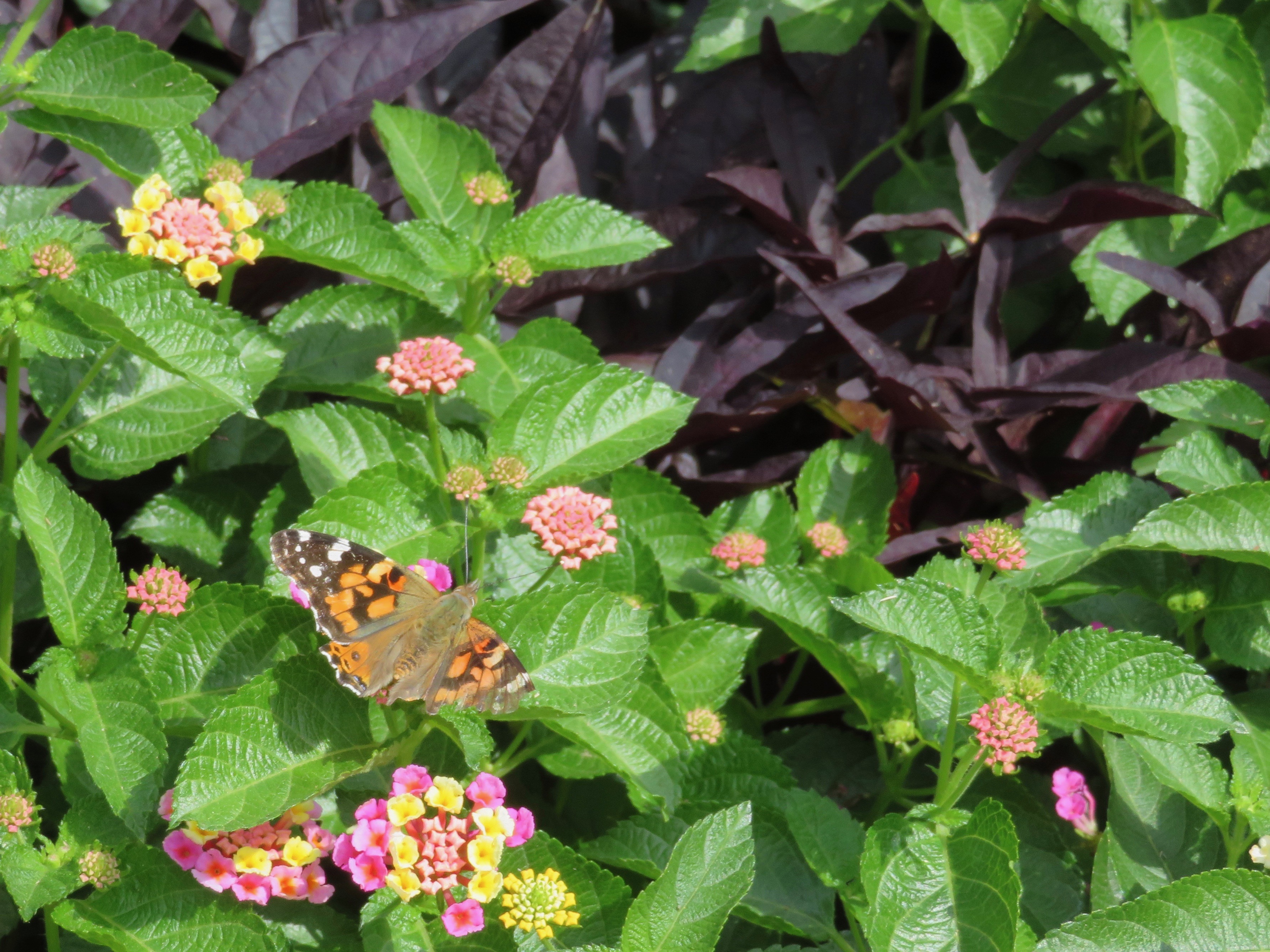 Next stop was the Historic Arkansas Museum. We strolled around the Museum Center’s exhibition halls where I would have liked to have read all the displays in the Native American gallery, but there just wasn’t time. I took this picture of two pots. The one on the left (F) dates back to between 1200 and 1400 AD showing typical early Caddoan decorative style. The one on the right (H) is a tripod bottle from around 1600 AD made in the Ouachita Valley region. 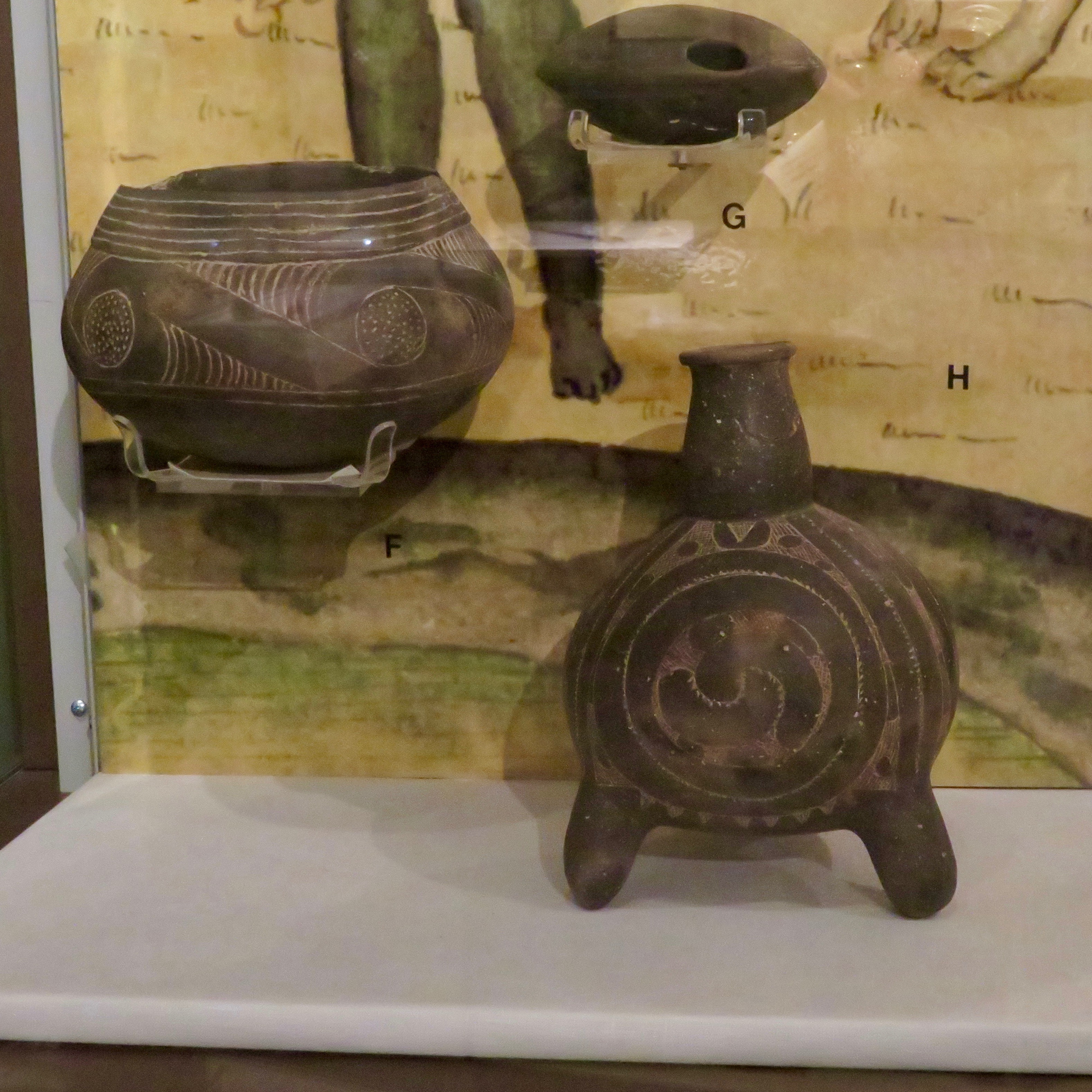 I bought a book to learn more. It won’t do me much good unless I read it!

At one o’clock we were taken on a tour around the old buildings outside, including the oldest building in Little Rock, the Hinderliter Grog Shop, built in 1827. 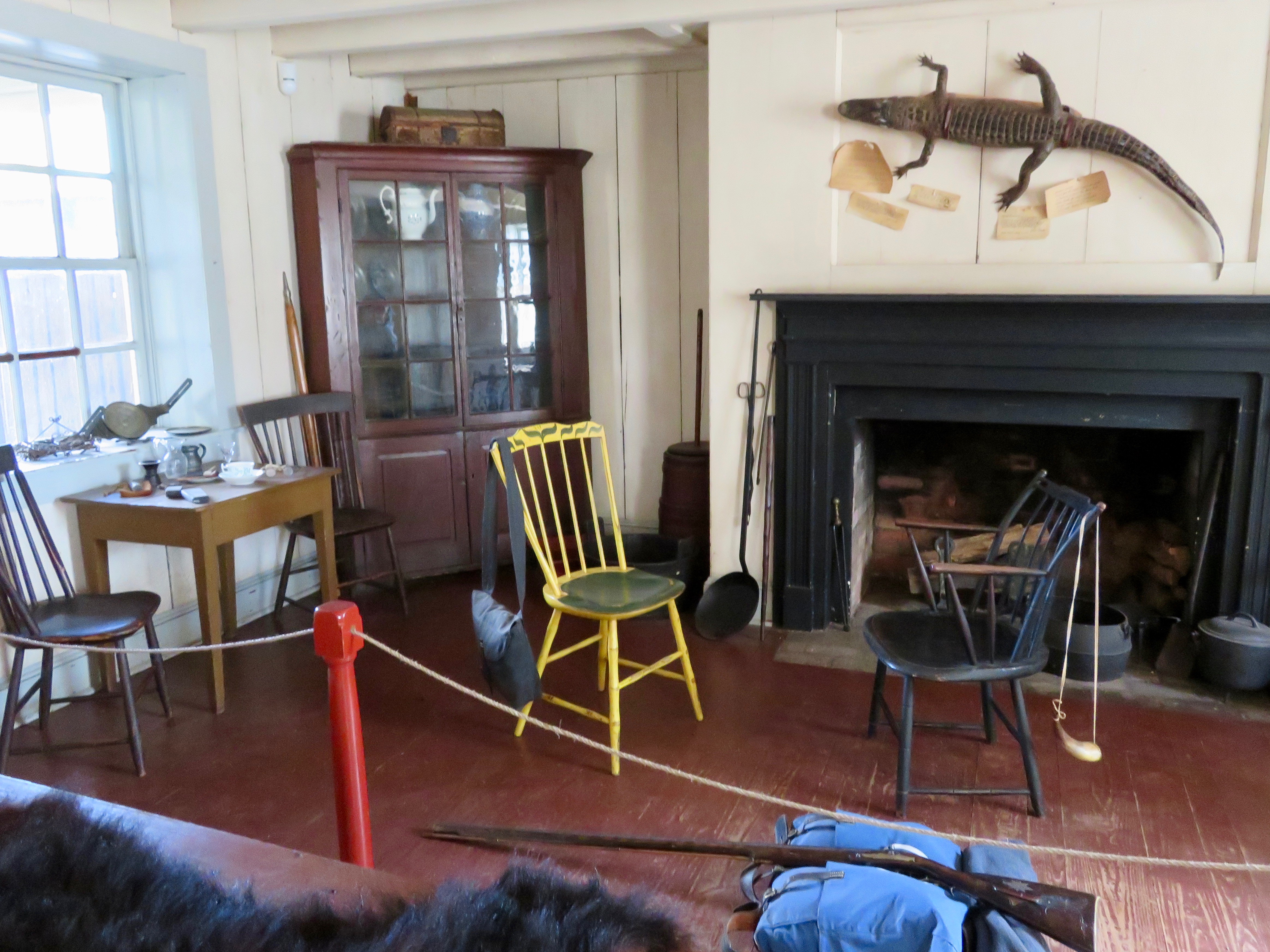 The separate kitchen isn’t quite so old. It burnt down several times over the years and had to be rebuilt. 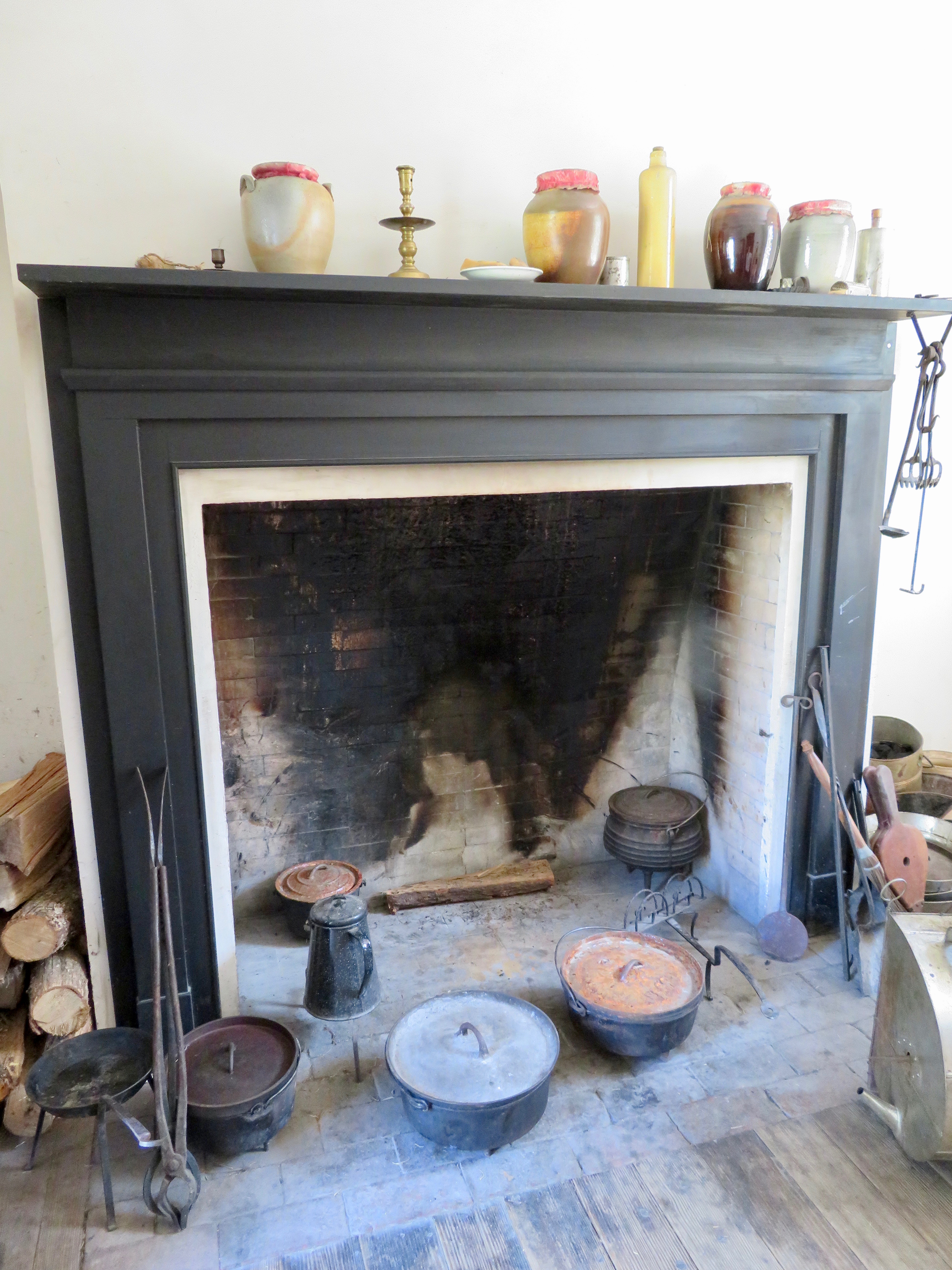 I’ve never seen an Okra plant before. There were some growing outside. I had to get a picture! Can you find the pods developing at the tops of the stalks? 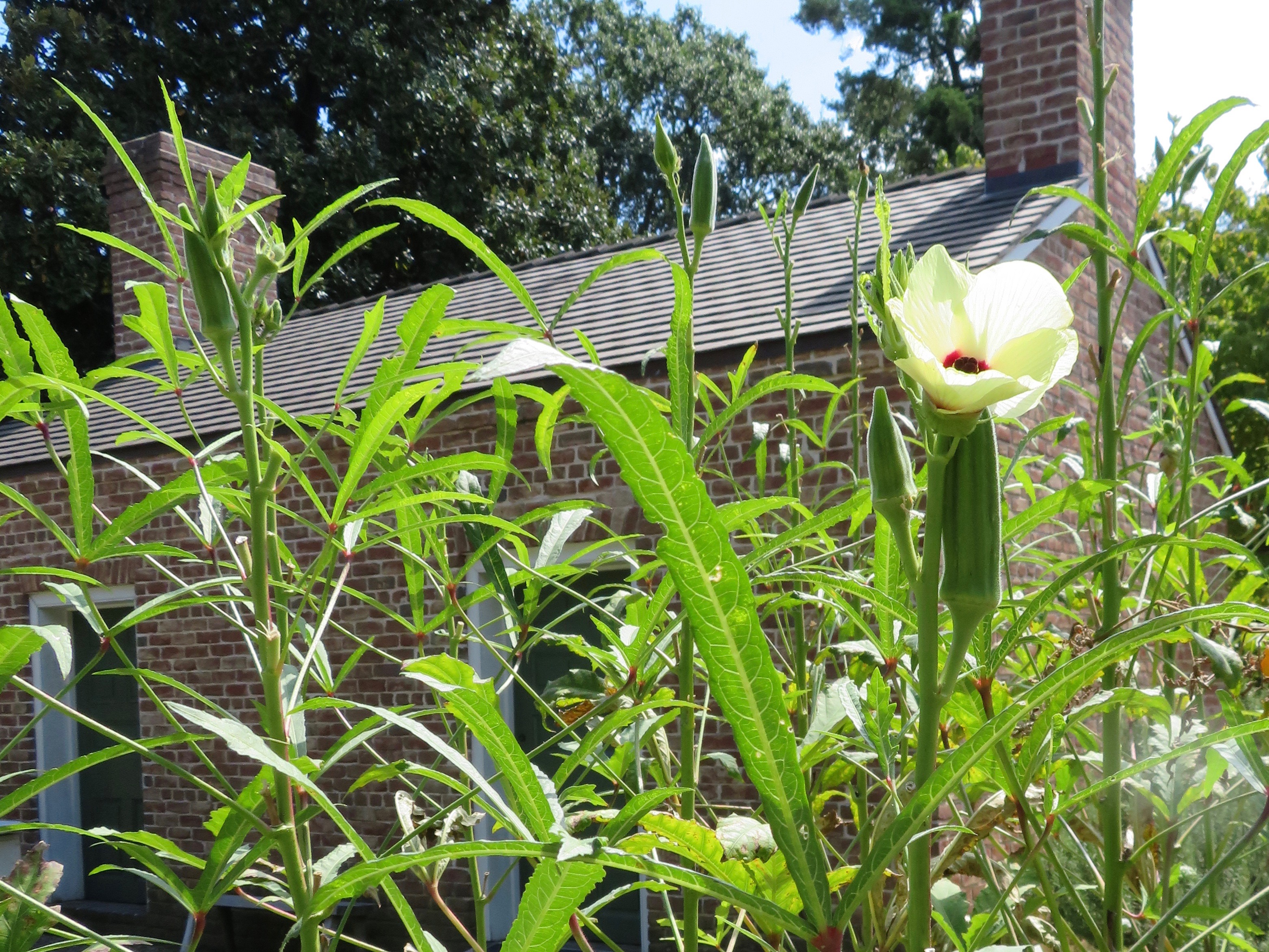 A late lunch followed all that education and then I needed to go back to the  hotel to get ready for the evening’s fun with the Arkansas Quilters Guild. After all I was in Little Rock to work 🙂

Stay calm everyone! A little trip to Best Buy was in order. Cindy and I set out to the nearest one. I could take a long time telling you all the fun we had, but, to cut a long story short, we were successful. Suitable dongle in hand we arrived back to the guild meeting just ready for Show and Tell.

There were several shows from the weekend. Here’s some samples from our Free Motion class. 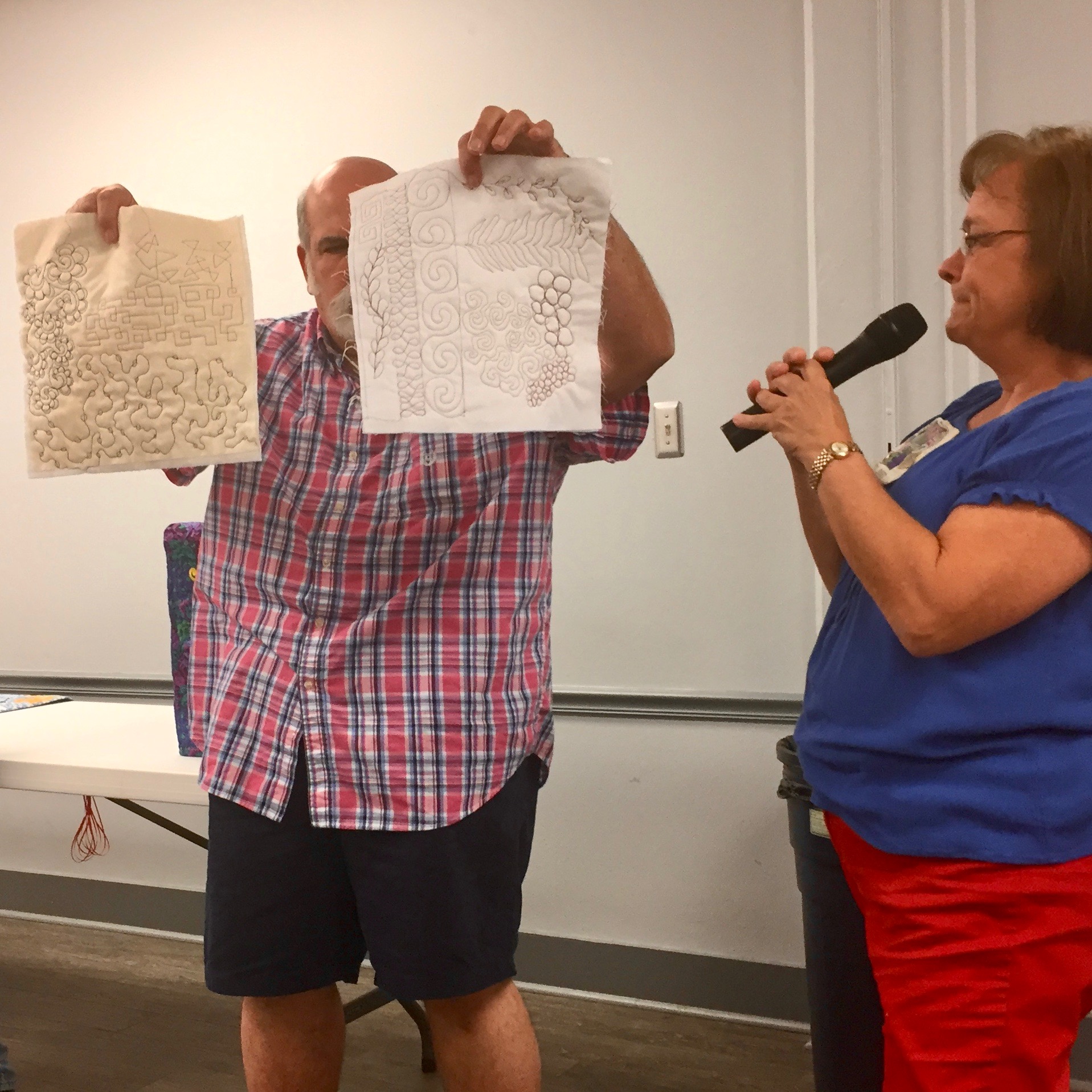 These were from Jim’s scraps class. 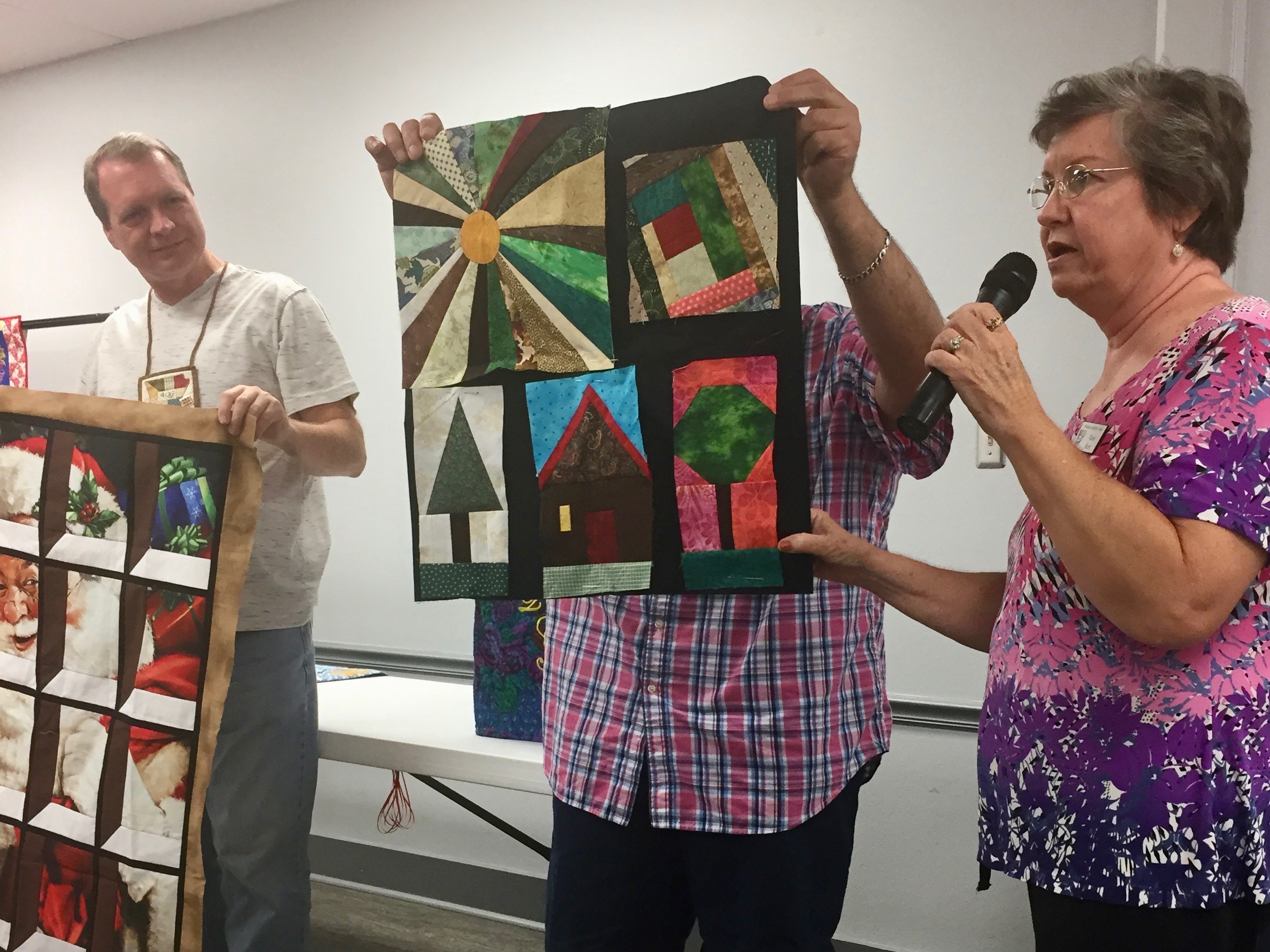 These fun blocks were from another of Jim’s class. There is a splendid large quilt in the background made from some beautiful bright fabrics. 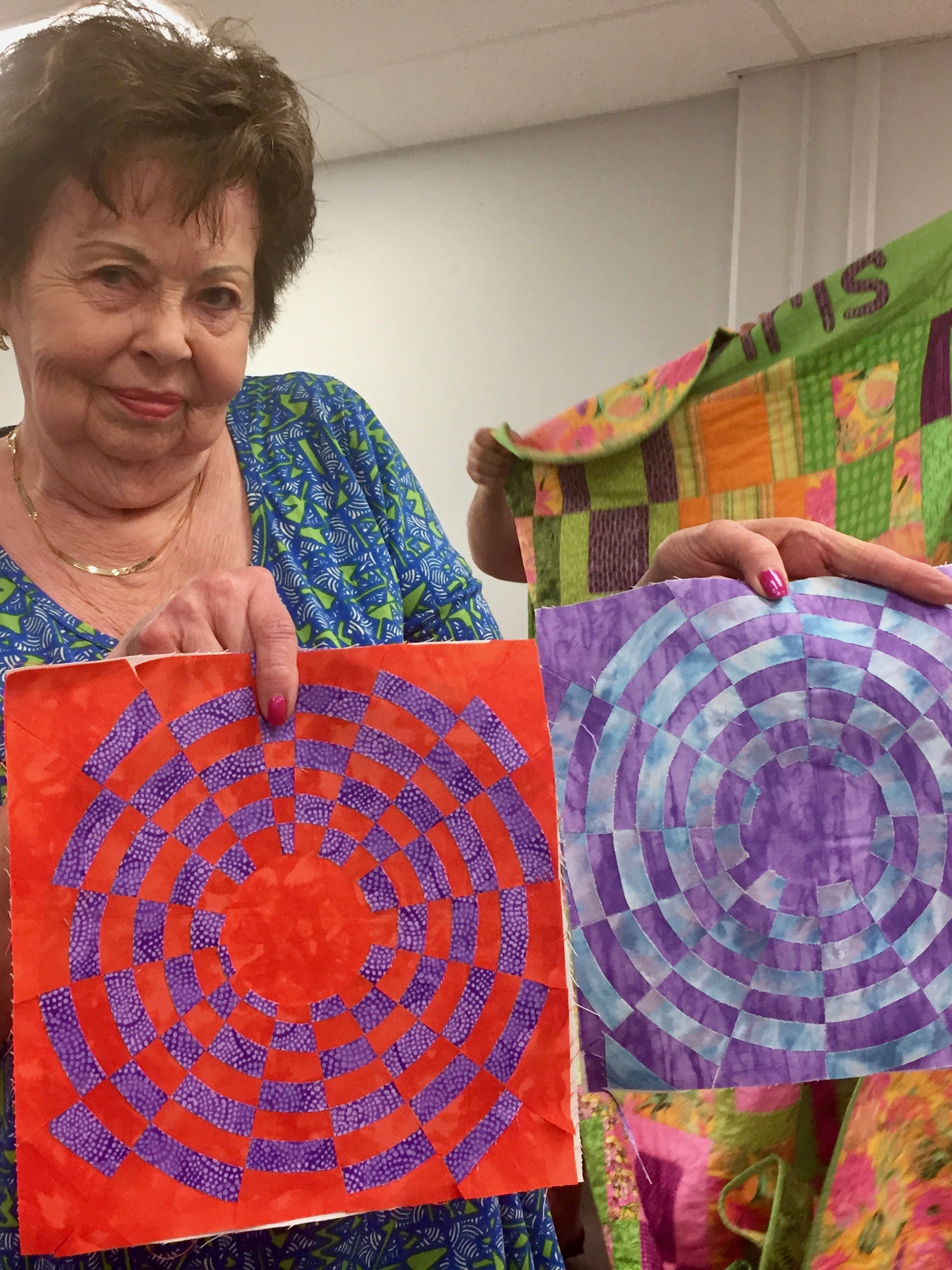 Not everything was from the weekend. This quilt was the result of a bee Round Robin. 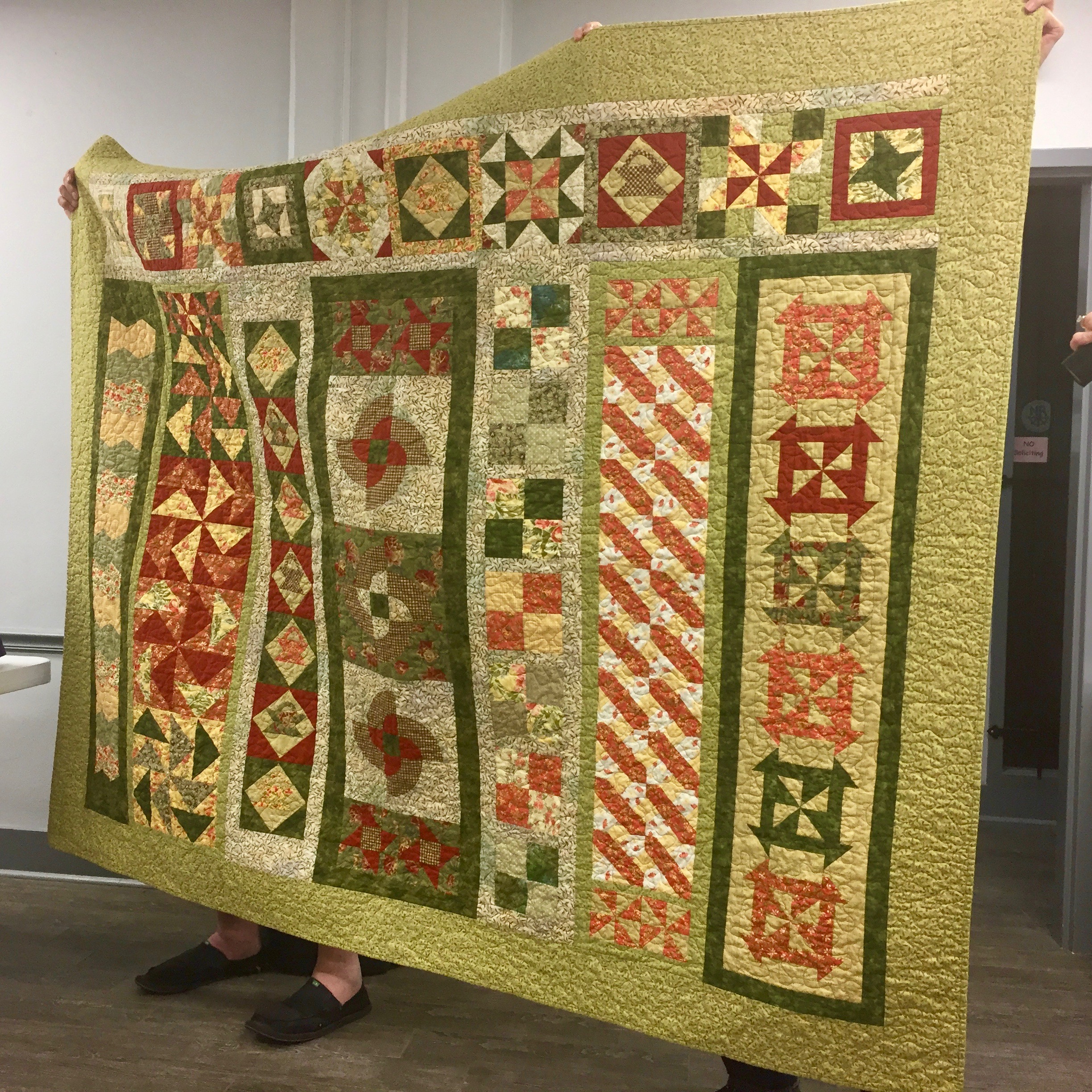 Must be a more productive bee than any one I have ever belonged to.

Time for our president to dismiss us for a ten minute break. There were snacks. 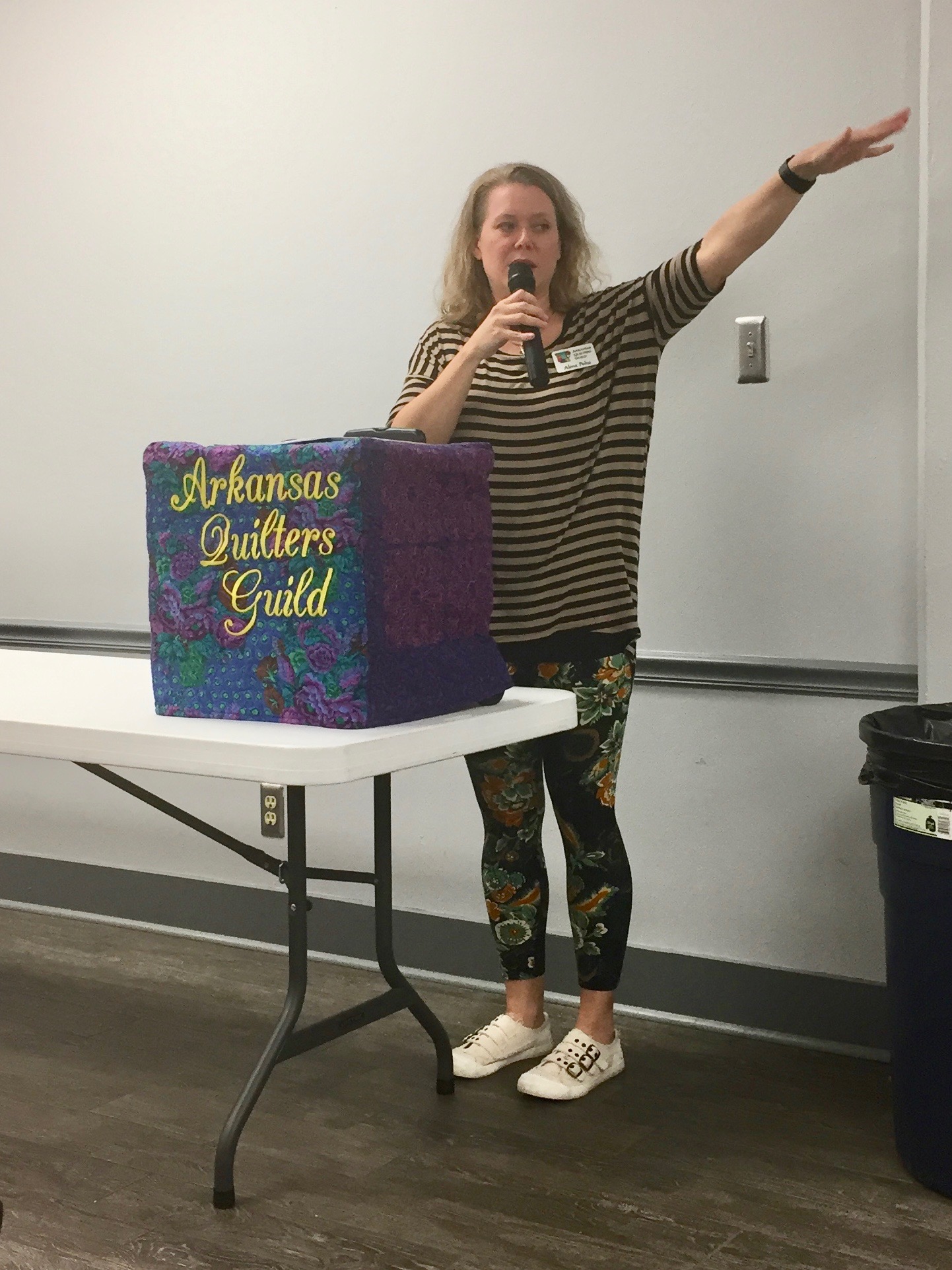 I got everything sorted and we were off.

There were quilters to my right, 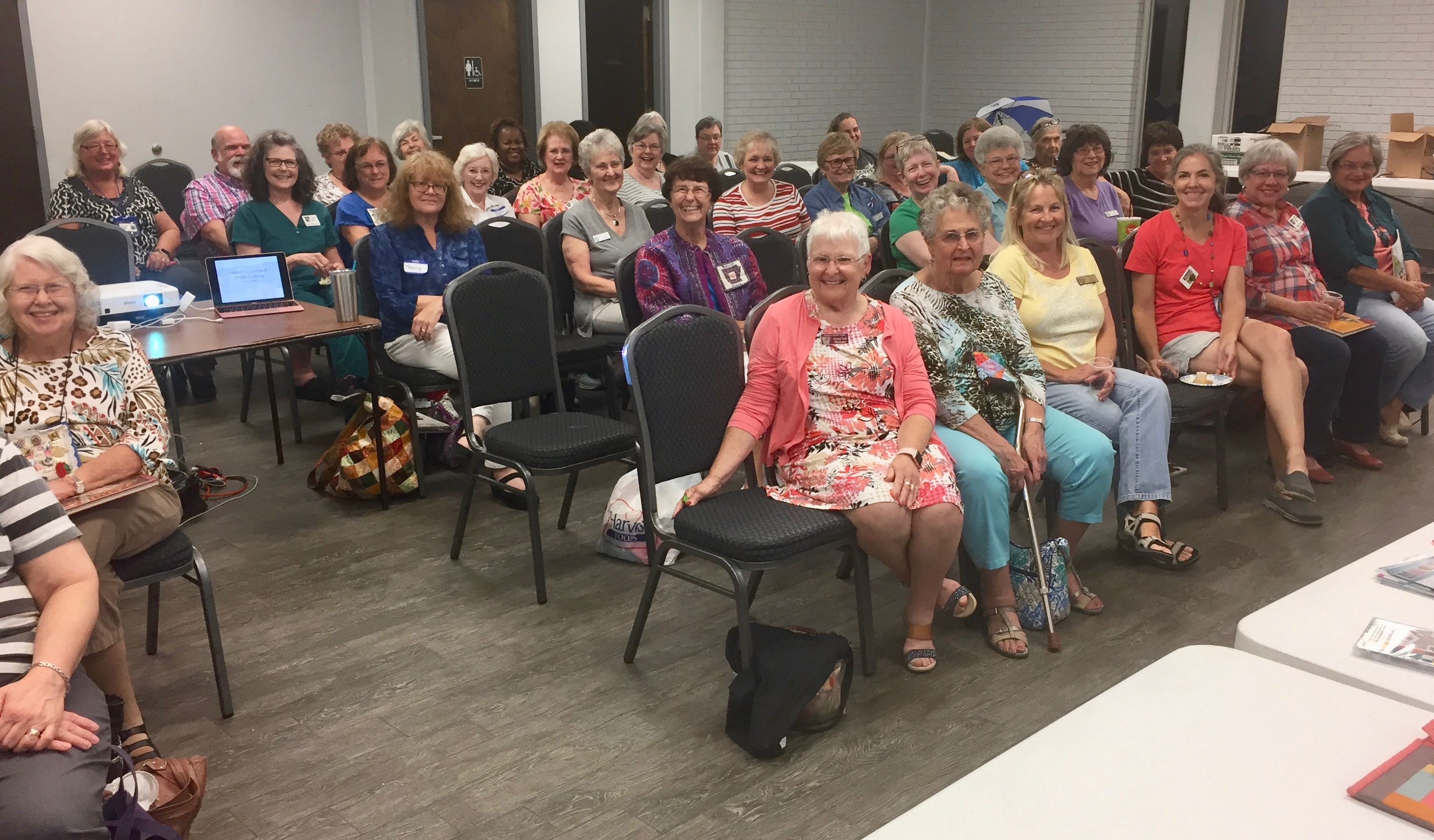 and quilters to my left! 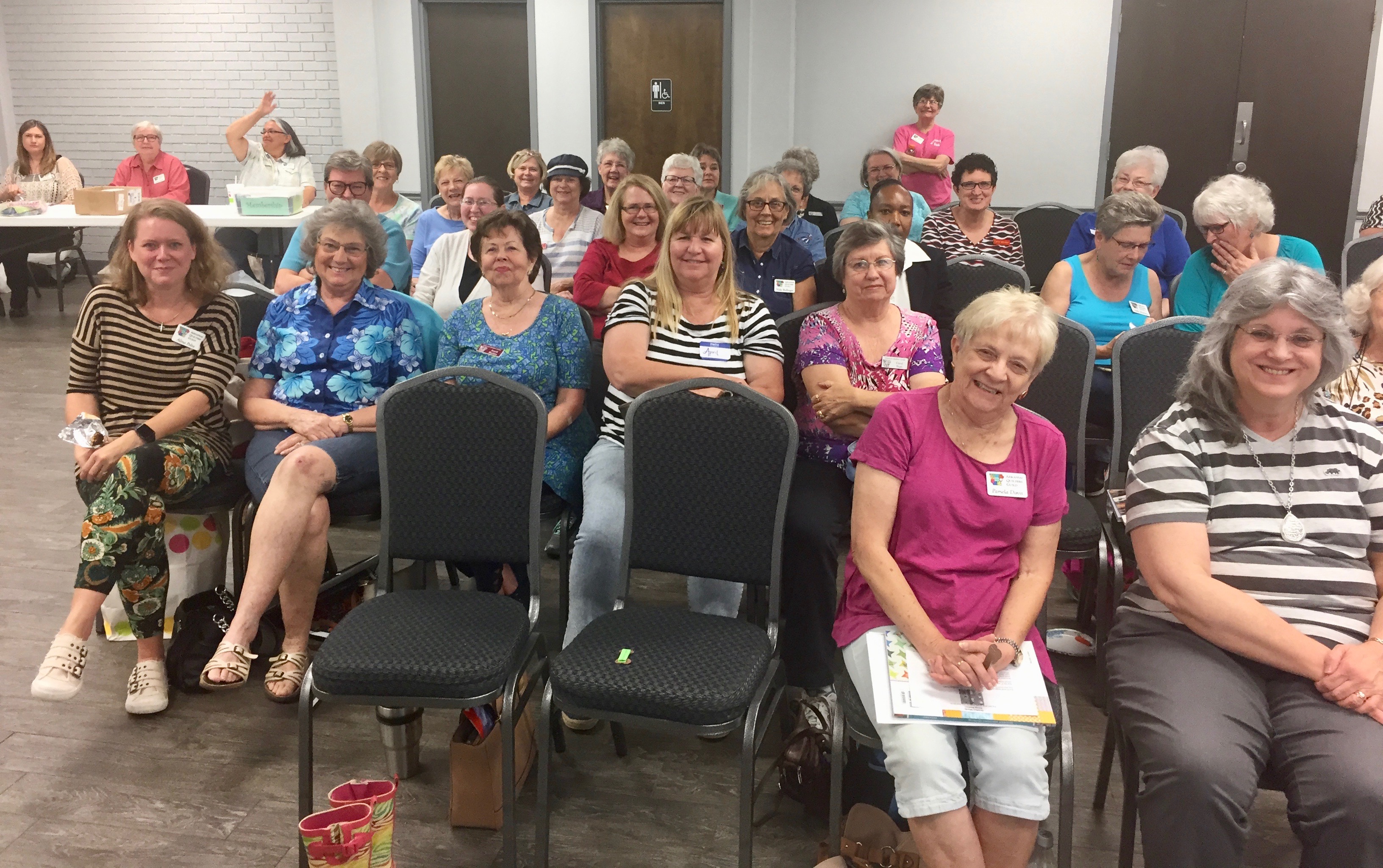 The few other members that were sitting behind their tables to my far left are featured at the top of today’s post. They were a great audience for Lessons Learned While Quilting. I didn’t spot one single person sleeping…

So that was that.

I packed my bags before retiring for the night and woke up when my alarm went off this morning. My flight from Little Rock here was on time and I’ve been led to believe my next flight down to Kentucky will also be as scheduled. I’m trusting my suitcases will be on the plane with me.

My classes at the first ever AQS Paducah Fall Quilt Week start tomorrow at 1.00 PM with an introduction to English Paper Piecing, that’s hexagons to you! I’m teaching six classes and will be participating in both All Star Reviews. A direct link is provided from the AQS button at the side. I have plenty of kits so late registrations are always welcome.

Perhaps I’ll see you there?